Austin duo, MISSIO is upheaving any, and all rules when it comes to making music. Brought up on everything from Stone Temple Pilots to Lana Del Ray, Matthew Brue and David Butler were tired of adhering to a typical and familiar way of making music, with a model based on a structure from the ‘70s. They didn’t see the same need for a separation of producer, artist and overarching crew that tells them how to make their music, so they did away with it.

“I think the way we separate the processes is illogical to me,” Butler told American Songwriter. “It’s like this ‘70s idea of making music with artists and producers and a team. I’m just someone who loves music and the energy, I feel it and I follow it. I surround myself with musicians because they are the best people to express emotions and I’ve always liked being there to help and guide the ship. When I met Matthew, it was one-in-a-million to meet someone who values the same music, emotions, and the heart of why we do what we do and how we believe in music. And there’s been an amazing flow working together. There’s never been a decision about what to be in the project, it’s just been following the crazy path that we are on.”

Brue, the singer songwriter of the band crossed creative paths with multi-instrumentalist/producer David Butler while working on projects in the same studio, though in separate bands.  And though he first saw Butler as an incredible producer, he soon saw him as an equally talented musician and writer.  And when Butler moved on a year later with the idea to create a melting pot of influences in one project with MISSIO, he called up Butler.

“I was looking for a producer and I immediately called David again,” Brue said. “And said ‘hey I need help’ and I ended up hiring him and oddly enough he and his wife were also looking for a roommate so I ended up moving in with him and MISSIO slowly took off as we were working and writing together in the same house.”

“We did everything because we were reacting as a need to do something,” Butler added. “We never had plans to play live, it was just a passion project. And when things started happening and gaining traction, show opportunities were there and that was a big piece of figuring out how we were going to recreate what we do in the studio live. And it got to the point where we reached our goal of being able to do what we artistically want to do. Which is the best part.”

The first song the duo wrote together for their forthcoming record, Can You Feel The Sun, coming October 23, was the title track coincidentally. The pair had recently come off the road after touring and felt compelled to write about their experiences with new people form varying cultures.  Getting out of their native Austin was the best thing for their writing and perspective.

“We were traveling the world for the first time as touring artists,” Brue said. “We got to experience different cultures and people and we came home feeling so inspired by life and opportunity. And getting outside of your comfort zones and having conversations with people who don’t understand where you come from has been a really valuable thing for and opened up my mind and perspectives. Can You Feel The Sun was the first inspiration about those experiences. It’s just a special track, it’s kind of spiritual, because it just heals you when you listen to it.”

The inspiration kept flowing as the duo were back home and began working closely with Butler’s mentor and producer Dwight Baker. The connection between Butler and Baker was already established but the rapid bond between Brue and Baker over 21 days in the studio was uncanny.

“There were so many examples and cliches of people finishing each other’s sentences with Matt and Dwight,” Butler said. “There were numerous times they’d be writing lyrics and then show each other, and it was the same lyric. Everyone was tuned into the same frequency. We were on the same path and had similar things to say.”

Another artist that shared MISSIO’s message and belief system on music and seeing it as a vulnerability and valuable creative process was rapper Paul Wall, who is featured on the track “Cry Baby.”  He’s one of the most giving people and it’s amazing to continue to work with him because he plays a part in the message of it’s not about money, it’s about being vulnerable,” said Butler.

Ironically, the biggest song thus far from MISSIO’s new record is not “Cry Baby” but a grimier track titled “Vagabond,” brought forth by Baker, with a chord progression and vibe the band was not gelling with at first. “We were like ‘dude this is not at all ok,’” Butler recalled about the song when Baker brought it to the mix. “We weren’t digging it and we just started sludging it out as much as possible. Ultimately it doesn’t change progressions and that’s when we started to feel it. It’s really an example of finding a middle ground.”

The song opens with an air-raid/siren sound that is all too-often heard and overused in metal music and horror flicks, but “Vagabond” was neither.” Instead, the song quickly dips into hip-hop, electronic music, defined by Brue’s folk-textured vocals that chant, hurting people hurt people, that mull over a repeated chord progression, just before rapper Esoteric of the  group Czarafce spits some brutal lines, with a voice that Brue said reminds him of early Jay-Z.

“Czarface, he’s just a badass, he reminds me of old-school Jay Z,” Brue said. “We sent him this super long bridge because we were thinking about live and we wanted to go into this long EDM breakdown thing, and we sent him a ton of music to rap to, and he ended up cutting a bunch of it. But it was so natural we didn’t even notice it. We were just like ‘fuck yea this is awesome!’ And as we listened to it more, we were like ‘wait this isn’t right’ and figured it out. Typically, when you work with people, they won’t mess with anything, they’ll just do what you want. So, we love that he had the balls to do that and not even mention it.”

MISSIO still hopes to have an opportunity to share their ideas of grandeur on a tour in the not so far distance with more songs like “Vagabond” that were conceptualized with a live setting in mind. But most of all, they hope to always be songwriters together, even if the world ends, and they never play another show again.

“I hope America will still around in 2012,” Brue Said. “We’ve been trying to make plans for next year and they keep getting shut down, but I think the root of what we do will always be writing songs. We have three records over three years and people always ask how we write so much, and we say, ‘because were songwriters it’s what we do.’ So, I think even if all goes to shit David and I will be in Austin writing.”

You can catch some of MISSIO’s diverse and truly unique music here today on American Songwriter and be sure to snag a copy of Can You Feel The Sun on October 23. 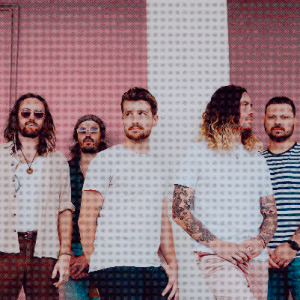 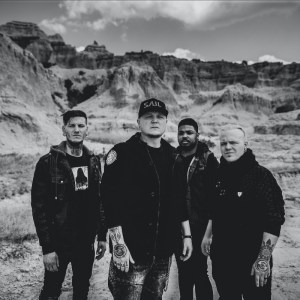