During the pandemic and all the political outcry around the globe, Australia was also fighting some of the worst bushfires they have had in years. And as many lost homes, loved ones and everything they ever knew in an instant, a need for communication was more poignant than ever. And Hands Like Houses made their stance on its importance apparent in the artwork for their newest release, incorporating a brilliant illustration to represent sign language, a kind of communication they had seen on the rise in their country.

The artwork for the band’s new self-titled EP reflects and bows to the AUSLAN (Australian Sign Language) community, which vocalist Trenton Woodley encountered frequently as he watched daily breaking, news coverage on the devastating fires. It was more than coincidence that it perfectly fell in line with the songwriting themes on the EP and It ultimately shaped some decisions surrounding the new release.

“The idea to self-title was more from an aesthetic choice because the theme of the EP came down to communication, bridging barriers and that sort of thing,” Woodley told American Songwriter. And there was a beautiful resonance with that theme and the AUSLAN community. With the pandemic, the bushfires here, and a bunch of other events, there has been a big effort to include AUSLAN interpreters in live broadcasts. And we thought that visibility of AUSLAN was important and there was just this synergy between that idea of communication and getting around barriers. It was just a thematic link to the EP and the artwork. There was just a cohesion to it.”

Hands Like Houses’ choice to present a self-titled EP, at such an established phase in their career and their first since their Reimagine EP in 2014, was solely based on the dedication and time they sought to put into each song. And although the have released full-lengths like, Anon in 2018, which yielded the hit, “Sick” and landed them their first US Mainstream Rock chart spot, they wanted to make something that was smore than just a series of singles strung together by less-than tracks.

“With albums, you put a lot of effort into a lot of songs that don’t necessarily get the same amount of attention,” Woodley explained. “We wanted to do something that felt like a body of work instead of a random collection of singles. It felt cohesive but each song still had a specific space, and we could focus on each song. An EP was the best balance to provide a collective narrative and space.”

With a new link and eye-opening experience through learning about sign language workers, Hands Like Houses embraced everything about its culture and community and found new ways to advocate and support it. One of which was hiring a deaf actress for the female role in their video for the single, “Space.”

“That one was a more complete idea we had going into the studio,” Woodley said about the track. “It did feel a little separate from the rest of the songs and had a kind of darkness to it. It was about the ambience of space and Al (Pearson) had this multi-layered demo with like 10 guitars that had an incredible texture to it, and we managed to pull it back to four guitar parts. And it ended up creating this beautiful ethereal picture. We fleshed it out and had these cool alt-pop leaning synths. And the lyrics were talking about the feeling of emotional claustrophobia and being stuck in a room trying to make something about of nothing.”

“The EP writing process was not ideal,” Woodley continued. “We went from comfortable to less comfortable. There was a bit of stress and it came down to this sense of isolation and being in a crowded space and needing the room to figure out what you’re doing.”

The necessity and craving of space, physically and mentally was exasperated by the band’s rigorous recording process that took place in a rushed 10 days.  Hands Like Houses had initially allocated three weeks of time spread across different places with appropriate time for pre-production, engineering, writing and recording,  but when their producer got tied up in the states to then arrive with an emergency project in hand, Hands Like Houses had to act on their feet.

“We’re a band that thrives with pressure, but we do like to take our time to refine things,” Woodley said. “We went in prepared for what we had and then we had less. But we pivoted quickly and took on an approach to trusting our instincts and just writing. We tried to record things as fully committed as possible, making creative decisions on the fly and using necessity as the driving force. It’s certainly something we learned from.”

In the week and a half, the band managed to track five songs, including the single, “Water” and “Stranger,” which was less than they had planned but rather than add more, possibly less elaborate tracks, they went for quality over quantity.  Different from the others, “Stanger” was a song that actually had some before-thought to it, and stemmed from a real-life conversation Woodley had with a soccer teammate, while he was in his small hometown, just north of Sydney.  Not a place he gets to visit incredibly frequently, at least not as much as he has this year, his presence was almost unnoticed, or at least perceived in the wrong context.

“We were talking about the band and my teammate asked, ‘how long you home for?’ And I was like ‘well I’ve been home, not really going anywhere,’” Woodley recalled. “But it triggered this thought that so many of my friends just assume I’m always away, and how it’s always hard to have close consistent relationships.”

With a limited ability or rather opportunity to foster friendships, Woodley recounted the polarizing moments between being someone important on the road, playing to daunting fans every night and returning home to his small suburban town where people barely recognized if he was even there.  It was jolting to say the least.  And though the small-town life was a conscious decision for Woodley, its difference from the road, still took some getting used to.

“I live in a small town so that when we do come off tour it’s away and I can decompress, and it’s great in that sense,” Woodley said. “Going back and forth from being someone of importance to being somewhat of a nobody, is refreshing in the sense that -I don’t need people walking passed to care about what I’m doing- I can stop thinking about what I’m presenting to the world and just live.”

And what better place than a literal Island to escape the rest of the world? Though Woodley enjoys his down time, he is concerned about the recovery of Australia from the fires, pandemic and lockdowns that are still in a considerably risky stage in Sydney and the Eastern Australian seaboard, where his little town is situated. With the best interest of his community in mind, Woodley says he is content to wait it out with everyone else, despite the few bands and venues that are opening for some small-scale, Covid-cautious, café shows. Instead, Woodley thinks Hands Like Houses may adapt to the new way people are consuming music and focus on more micro-releases.

“I can’t see us doing an album for a while,” he said. “With this release, we’ve seen a sense of value in an EP as a format. I think we’re more likely to do smaller releases, but more regularly. But we’re still figuring it out. We’re bouncing ideas around already, trying to see what we feel and what story we want to tell.”

Hands Like Houses EP is out October 23 via UNFD and you can listen on Apple Music here. And catch the latest video for “The Water” here today on American Songwriter. 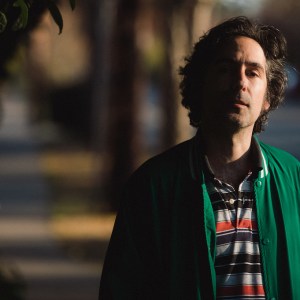 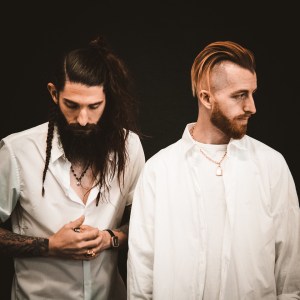