With his new album ‘AWake’, Jayme Stone is carving a new path. It’s a bit much to say he’s created an entirely new identity, however being as he’s best known for his banjo playing and world-wise roots albums, Stone is surely evolving in a big way. By his own admission ‘AWake’ is an experimental art-pop album with many of the songs starting to take shape in the aftermath of his brother’s untimely passing. Unlike much of his previous music, he found himself writing lyrics for songs as words became windows. Ultimately, those words also gave him a reason to sing.

Now singing, playing guitar and an OP 1 (a micro-synth, sampler and sequencer) his new music has an entirely unique and glorious feel. Though the album isn’t slated for release until August 28th, American Songwriter is pulling back the curtain on not one but two of the album’s tracks in “Future Promise” and “Mouth the Words.”

“Future Promise” is about a fictional couple trying to figure out if they should stay together. The song ends with them talking it out through cell phone static – “Wait, did you say breaking up or making up?” We never learn their fate.

“The song started after I fell in love with a track called “Let Me Know” by Nigerian producer Maleek Berry. I thought my record needed something similarly upbeat and Afro-pop-y. I wrote the hook on guitar, but we wound up recording it on prepared piano, which sounds like a giant mbira.”

While “Future Promise” has an almost fizzy, bubbly feel to it, “Mouth the Words” is stark and reflective.

“Mouth the Words” is about Saturn return—that tender and tumultuous time in our life when we reckon with the past and think about what to bring with us into the next phase. There are several songs on the album that consult the stars and planets for direction. I kept thinking about how the constellations have this invisible pull on our lives. It’s helpful to zoom out sometimes and witness the mysterious forces that quietly tug on our bodies and our choices.

“I suppose ‘Mouth the Words’ is also about writing songs and finding my voice,” he said. “Mouth the words you couldn’t say / You’ll be cured of all the things you forgot to pray.” Just like it’s easier to whisper a secret, we can also sing things that are otherwise unsayable.”

If you dig what you hear, check out more of Stone’s work on his website. 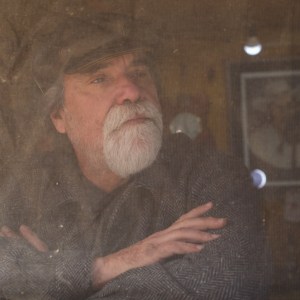 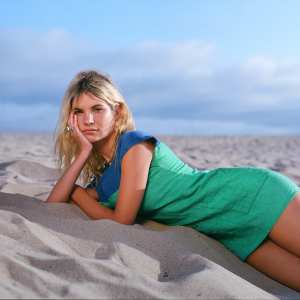