The very definition of a siren, Gina Sicilia’s voice is so bold and powerful that to merely call her talented is a disservice. When she rears back and sings, this woman can shake the earth’s axis. American Songwriter is proud to show the world how she does exactly that as we’ve partnered with Sicilia to premiere “Hey Love,” the first song off the new album, her ninth overall.

Built upon a deep, welling groove with bright horns outlining the edges like the shimmering mother of pearl inlay of a guitar, “Hey Love” is so magnetic and powerful, the music leaps from the speakers to your soul. If ever there was a more soulful introduction to a collection of music, I don’t know that we’ve ever heard it.

“I love the provocative lyrics in this one,” muses the 35-year-old vocal powerhouse. “I wrote them when I was at Cody’s studio and have memories of us both laughing as we come up with silly ideas to take the theme even further.

“I love how the verses are soulful in a more robust way, and when you get to the chorus after the buildup it becomes soulful in the sweet way that only singing in falsetto with an amazing backup vocalist like Reese Norman can accomplish. The horn parts on this song definitely make me proud. I think this tune represents what I try to write: Soulful music with a hook. I hope listeners will hear it that way.”

Cody would be Cody Dickenson, resident musical Olympian of the North Mississippi All Stars who also lays claim to a notable Memphis musical lineage that starts with his father, James Luther Dickenson. James Dickenson’s resume includes everything from storied producer at the Memphis-based Ardent Records to solo act to session musicians for acts that include the Rolling Stones and Bob Dylan.

No stranger to epic company, Sicilia has shared the stage with A-list walking legends such as Joe Bonamassa, Kenny Wayne Shepherd, Joan Osborne and Beth Hart, among others. Since nabbing a Blues Music Award nomination for Best New Artist in 2008, Gina has enjoyed chart and radio success and her most recent album, Heard the Lie, debuted at #10 on the Billboard Blues chart while Tug Of War reached #3 on the Contemporary Blues Album chart and was the #1 roots album in Tennessee.

In short, Sicilia is an absolute force of nature brimming with superstar talent.

A songwriter for over twenty years, Gina’s tunesmith process has evolved over the years. While these days she has relocated her residence to Nashville, her writing process doesn’t fit the norm but that doesn’t concern her.

“I rarely sit down with the intention of writing a song anymore. That’s how I used to do it for years, and sometimes I would even start with lyrics, which I never do anymore.

“Nowadays I mostly come up with hooks and melodies when I’m inspired to do so. I record them into my phone, and some are more complete than others. When the time comes to start planning for another album I will go back to these fragmented memos and build a song from that one 45-second clip or sometimes put multiple ideas together, which is what I did for “Hey Love.” The melody in the verses came about at least year or two before I wrote the chorus, and then I joined them together and finished the lyrics and arrangement when I got into the studio with Cody.”

Working with her label to select the absolute right song to work in the new album, Gina feels confident “Hey Love” was the introductory handshake it needed.

“We felt this was a really strong song and was a good representation of the mission for this album, which was to write and record a pretty coherent set of soul tunes about love. It also carries the strong spirit of our recording sessions, specifically the day we spent at Royal Studios in Memphis tracking horns, strings and organ. That place is legendary for soul and “Hey Love” has that sound written all over it.

“Hopefully it’s something people sing along to. I think it’s the kinda song that makes you feel good. And that’s what it all comes down to, right?” 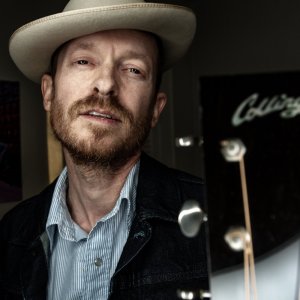 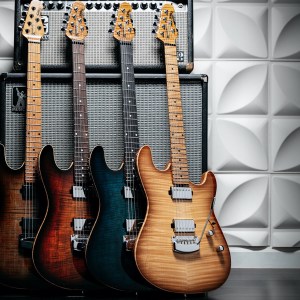