Muzz is a new indie rock supergroup consisting of Paul Banks (Interpol), Josh Kaufman (Bonny Light Horseman) and Matt Barrick (Jonathan Fire*Eater, The Walkmen). But forget anything you may know about the members’ other bands because Muzz doesn’t sound much like any of them on this self-titled debut.

The closest they come to that familiar angular post-punk is on “Knucklebuster,” which veers between taut verses and unbridled choruses before mellowing into a trancelike outro. The album’s standout track, “Red Western Sky,” with its chugging percussion, dissonant piano/organ and world-weary vocals exudes a kind of muted intensity. But most of these tracks have a nostalgic, timeless vibe, likely due to the album’s traditional analog recording method.

Barrick’s refined drumming style moves things along without making things seem overly busy, leaving plenty of space for Kaufman’s inventive piano parts and liberal doses of unexpected sonic squiggles. It’s the sonic equivalent of finding a sepia-toned photograph from an uncertain era tucked into the bottom of a long-unopened drawer. This is especially so on the sparse, mellow opening track, “Bad Feeling,” and the dreamy, atmospheric “Patchouli.” “Broken Tambourine” starts with a sedate, simple piano riff (and peaceful birdsong) before expanding into a serene yet pulsating ballad, the almost-tribal percussion and warbling organ undulating beneath understated vocals.

While the warmth of these songs is a departure from many of the band members’ other musical outputs, two familiar aspects are here: the off-kilter lyrics and distinctive, nonchalant vocal style that Banks has always favored. He is the master of crafting phrases that perfectly capture familiar sentiments — but in a way that can seem initially startling or even jarring — and that adds some edge to even the most laid-back track. Somehow simultaneously edgy yet soothing, these songs may not display the type of unbridled, jagged joy that these members’ main bands provide, but there is depth and complexity here, inviting immersive exploration. 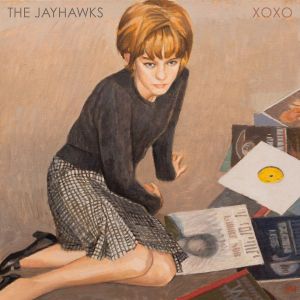 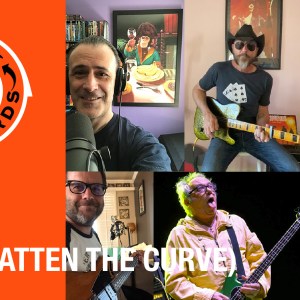