Anne Wilson, the powerhouse songstress from Kentucky, hits notes with unmistakable strength and unique country flair. Despite her natural aptitude for music, however, Wilson didn’t always aspire to become the singer/songwriter that she is today. In fact, Wilson seriously considered working for NASA and pursuing a career in space exploration.

Then in 2017, Wilson’s life dramatically changed when her brother tragically passed in a car accident. “He was twenty-three, his name was Jacob, and it was very devastating having to walk through a tragedy of that kind,” Wilson begins. “[After] he passed away, I just remember God doing something in my life where he gave me this desire to worship him that had never been there before. And I started singing all the time.”

After being struck with tremendous grief, Wilson sang “What A Beautiful Name” in honor of her brother, and the video of that tribute ended up going viral. Suddenly, Wilson realized that she needed to trade space for song. “That was a moment where it felt like God was really doing something with my life. I ended up meeting my now manager through that video and God just continued to open so many doors in my life,” Wilson says.

Today, Wilson is fully embracing her calling to join the music industry and excels at producing inspirational anthems. Her breakout release, “My Jesus,” hit the of the top charts and became a radio favorite. But Wilson didn’t stop there. When the world shut down due to the pandemic, she took some time to refocus her inspirations in the comfort of her grandfather’s farm. Then, with the warmth of family and memories around her, Wilson planned the release of her next EP.

My Jesus (Live In Nashville) dropped Friday (August 6) as the live version of Wilson’s first EP, My Jesus, along with two new songs. “I really wanted to have another opportunity to present [my first EP] in a different way. To share the three songs that were released, and then also to add a couple of new ones. So we’re doing a cover of ‘Boondocks’ by Little Big Town—that is one of my favorite songs of all time. I wanted to incorporate my Kentucky roots and my country roots into this live EP while keeping the focus on the Lord, but also showing where I’m from. ‘Boondocks’ was the perfect song for that,” Wilson tells American Songwriter.

“Then I am also releasing a new song in the live EP titled ‘No Place Like Home,’ which is a song about me and my brother and our memories together at our granddad’s farm,” Wilson continues. “That’s definitely what I’m most excited about, and that’s a part of the reason why I wanted to do the live EP was so that I could bring that song out and release it to the world. I’ve been holding on to it for a while, and so I’m super excited to let the world hear that song.”

“No Place Like Home” rings with sweet lyrics in honor of her brother Jacob, but the song also resonates with a certain universality. Wilson’s brilliantly harnessed emotions remind listeners of their own loved ones and the memories made. The track also happens to be Wilson’s favorite from her live EP. “I remember writing it, and I just was blown away and just crying my eyes out. I’ll never forget the day that I wrote it,” Wilson says.

Wilson wrote “No Place Like Home” with Jeff Pardo and Matthew West in only 10 minutes; it just flowed out. “Me, Jeff, and Matthew we’re just really good friends. And so when we write songs together, most of the time we are just laughing and talking about life,” Wilson says. “[We’re] talking about all these things that are going on in our lives, instead of just sitting there and trying to write a song. Then the songs just come naturally out of the relationships that we have with each other. I think that those are really the moments that I live for—getting to write songs with them and getting just to have fun with them instead of focusing on writing a good song. Just enjoying time spent, and then song always comes out that way.”

Overall, the live EP is a fresh listening experience that will have you swaying on your feet. “Boondocks” adds to the fun, punchy sound similar to that of “Devil,” while “My Jesus” and “Something About That Name” blossom under the live spotlight.

You can listen to My Jesus (Live In Nashville) below and check out Wilson’s tour dates to experience this EP firsthand. 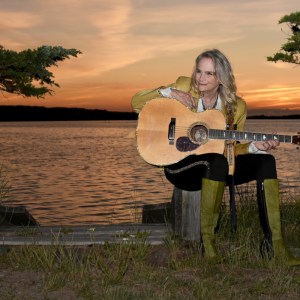 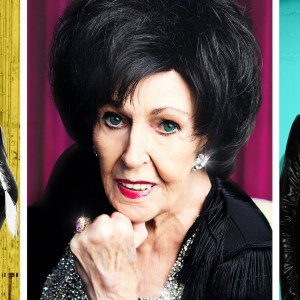