Each inductee was given a devoted segment of the ceremony, which featured performances from some of country music’s biggest acts including Tim McGraw, Hunter Hayes, Vince Gill, Emmylou Harris and more.

Cash was inducted by fellow Hall of Fame songwriter Rodney Crowell and with performances of “Seven Year Ache” by Gill and“I Was Watching You” by Harris. Wiseman was also inducted by  another Hall of Fame songwriter, Bob DiPiero, with Tim McGraw singing “Live Like You Were Dying,”  Ronnie Dunn performing “Believe,” and Jeffrey Steele performing a medley of a dozen or so Wiseman-penned tracks.

James was inducted by BMI VP Writer Publisher Relations Jody Williams with Hunter Hayes performing “Suspicious Minds” and B.J. Thomas singing his 1968 hit “Hooked On A Feeling.” Even Stevens was inducted by Hall of Fame songwriter Hugh Prestwood with Loving Mary performing “Drivin’ My Life Away” and American Idol alum Paul McDonald  singing “When You’re In Love With A Beautiful Woman.”

Taylor Swift was awarded Songwriter/Artist of the Year for the seventh time in nine years, due to the success of her latest album, 1989. Little Big Town’s “Girl Crush” (written by Hillary Lindsey, Lori McKenna and Liz Rose) was voted Song of the Year, and Rodney Clawson was named Songwriter of the Year. Clawson is the co-writer of songs including such as Florida Georgia Line’s “Dirt” and Sippin’ On Fire,” Jason Aldean’s “Burnin’ It Down,” Lady Antebellum’s “Bartender” and Kenny Chesney’s “American Kids.”

NSAI also honored 11 outstanding tracks as “The Songs I Wish I’d Written,” including Swift’s “Shake It Off” and Meghan Trainor’s “All About That Bass.” You can see out the full list of winning songs and songwriters below. 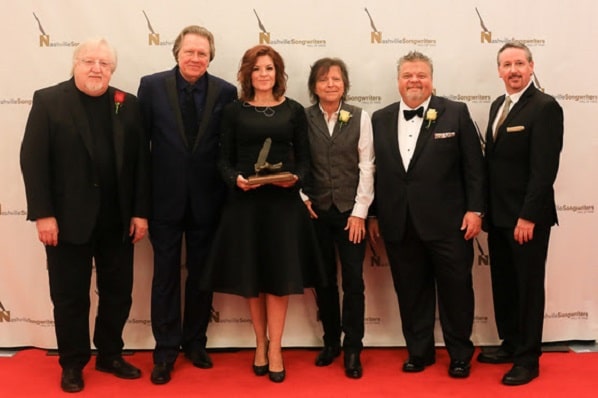 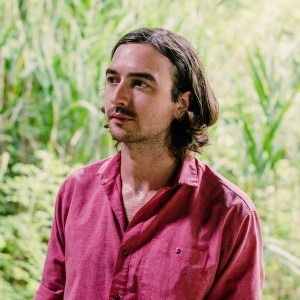 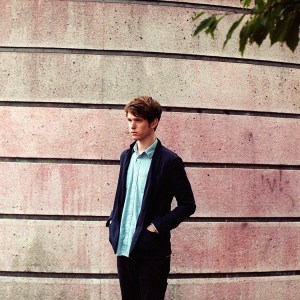