Clay Walker took his son Ezra to the dentist a few weeks back. The adorable three-year-old with the eyes that resemble his famous father needed a filling in one of his little teeth, and while any other kid might scream at the mere sight of the chair, Ezra took it in stride.

“Well, he’s a Walker,” the multi-platinum-selling country music artist says proudly, ending the statement with a robust laugh not heard much during these pandemic-laced days of late. “He’s not scared of anything or anyone.”

And neither is his father.

Because if anyone had an excuse to let fear take over and choose to watch 2020 pass by him, it’s Clay Walker. Diagnosed with multiple sclerosis back in 1996, the Texas native knows darn well that he is at greater risk of COVID-19 complications, if he’s unlucky enough to catch it. Just a few weeks back, his sister and her husband, Walker’s brother-in-law, came down with the dreaded virus.

His brother in law is still fighting it.

His sister is already over it.

“Because…. she’s a Walker,” the “She Won’t Be Lonely Long” hitmaker laughs again, this time louder than the first time.

And yes, to be ‘a Walker’ is something this country legend says with pride, especially when one takes in all that Walker has been able to accomplish in 2020. To start off, the 51-year-old with the iconic cowboy hat got everyone’s attention again this past year when he released his thought-provoking single “Need a Bar Sometimes.”

“You know, in Scotland, pubs are something really special,” explains Walker, who has racked up four platinum albums, a dozen number one hits and over 30 charted singles such as “Live Until I Die,” “Dreaming with My Eyes Open” and “If I Could Make A Living.” “Those pubs are a part of people’s everyday lives. It’s where they get together with family and friends, but in America, it seems like we just do it differently.”

Indeed, the connotation that comes along with a ‘bar’ is not always a positive one. But in the lyrics of “Need a Bar Sometimes,” its noted that a bar is what you make of it, whether that’s a place where you celebrate or where you cry.

And now, as the pandemic continues, many of those bars are empty.

“We are herd animals,” he remarks with conviction, who signed with Show Dog Nashville over the summer. “We are not naturally supposed to be loners. We crave fellowship.”

Designated as his first Zoom write of his life (‘don’t knock it till you try it,’)Walker co-wrote “Need a Bar Sometimes” alongside Josh Mirenda, Jaron Boyer and Waterloo Revival’s George Birge this past spring, just as the world was getting used to the idea of quarantining and losing out on the chance to gather with one another over a few cold ones.

“Jaron (Boyer) is really good at making tracks sound modern but tracks that still matter, you know?” says Walker, who also filmed his first music video in 8 years for the song in an empty Froggy and Jeffro’s Bar in Spring Hill, Tennessee. “This song sounds traditional but can somehow still bleed into the sound of what’s being played on the radio.”

Produced by Boyer and Michael Knox, “Need a Bar Sometimes” debuted as the third most added single on country radio and since then, has amassed millions of on demand streams. But that accomplishment was just the tip of the ice cube for Walker this year.

Because personally, Walker has never had more on his plate.

The 51-year old just moved into a new home with wife Jessica and their four children and the couple are now anxiously awaiting the arrival come January of a baby boy they plan to name Christian after Walker’s great-great-grandfather.

“It is surreal, but it’s great,” Walker chuckles. “It’s something we both wanted. We both come from large families and from the beginning we planned on having a big family.”

Walker says he’s also planning to release a new album in 2021 and, if the stars align, he will also get back on the road.

“The best thing I can say about next year is that I am cautiously optimistic,” Walker says quietly. “I mean, all of this really sucks. I truly believe that everyone has to get vaccinated and then maybe we can open up again. But then there are the side effects…”

He lets his voice fade off into the distance.

“There is just so much that is unknown.”

The fact is, vaccine or not, Walker knows deep down that he would be taking a chance with his health if he stepped out on that stage in 2021 before he knew it was truly safe.

But whatever happens, we have a feeling he will be okay.

After all, he’s a Walker.

Get the ‘Best of’
Buy from Amazon 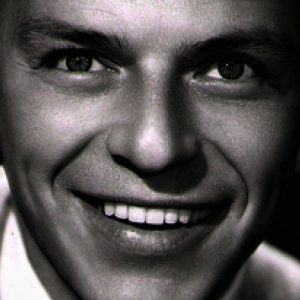 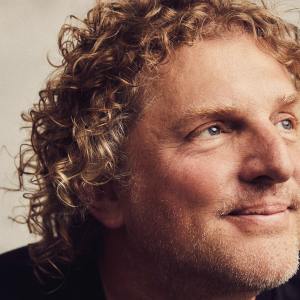