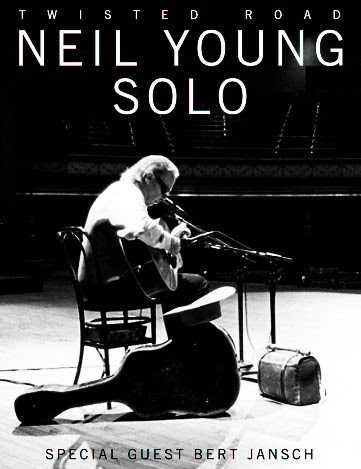 Neil Young kicked off his 2010 Twisted Road solo tour on Tuesday night at the Palace Theater in Albany, New York. The legendary chameleon pulled songs from his vast catalog, opening and closing the show with the companion pieces, “My My, Hey Hey (Out Of The Blue)” and “Hey Hey, My My (Into The Black)” both from the Rust Never Sleeps era.

The Twisted Road Tour is billed as a solo performance. The concert poster depicts the artist seated onstage with an acoustic guitar and small valise (pictured above). Known for his tendency to shift gears dramatically, often leaving bands and whole projects behind in his wake, the range of songs Young has chosen so far for the tour should come as no surprise.

According to the blog on the Neil Young fan site Thrasherswheat.org, early in the show Young played several songs on acoustic guitar, including “Tell Me Why” from After The Goldrush and “Helpless,” originally recorded on the 1970 Crosby, Stills, Nash & Young album Déjà vu.

Later, Young pulled out his notorious electric, Old Black, a primordial 1953 Gibson Les Paul goldtop (painted black), to which Young has made various modifications over the years and often used for recording and performing with Crazy Horse. Young’s Gretsch White Falcon, a major ax during his Buffalo Springfield and CSNY days, was brought out for the CSNY hit “Ohio.” After moving to a group of pianos and organs for “After The Goldrush” and “I Believe In You” (both originally recorded for 1970’s After The Goldrush), Young again summoned Old Black for “Cortez The Killer” and “Cinnamon Girl.”

Overall, the Tuesday night set dipped mostly into Young’s late ‘60s and early ’70s catalog, with a nod especially to Goldrush and Everybody Knows This is Nowhere, Young’s second and third solo albums. A series of newer and unreleased songs were also featured, including “You Never Call,” “Peaceful Valley,” “Love And War” and “Hitchhiker.”

For the 14-date solo tour of mostly historic American theaters, including stops in Tennessee at Nashville’s legendary Ryman Auditorium and Knoxville’s Civic Auditorium, Young has tapped the cult Scottish guitarist, singer and songwriter Bert Jansch to open. Jansch gained early fame with the folk/psychedelic group Pentangle and has recorded and released well over twenty albums through five decades, most recently for the Chicago label Drag City. The complete remaining tour dates are below:

For more info on the Twisted Road tour and to buy tickets for remaining dates visit AC Present’s www.concertwire.com.

For a complete setlist from the Albany, New York show, visit www.thrasherswheat.org. 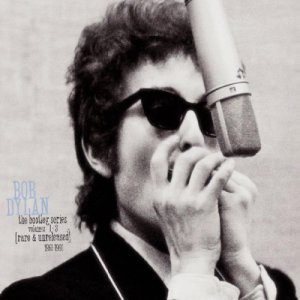