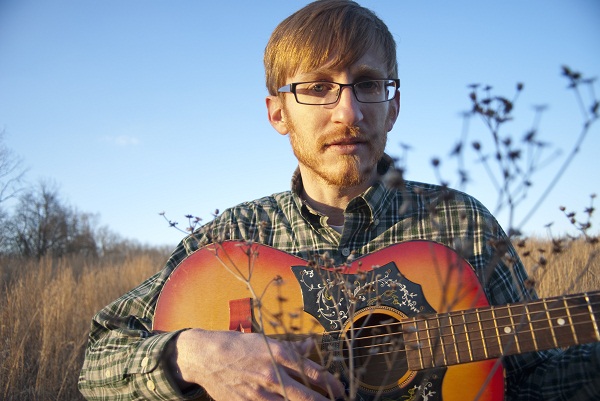 American Songwriter is proud to announce a new partnership with Mountain Stage NewSong Contest. The NewSong Contest, now in its 11th year, provides a once in a lifetime opportunity for performing songwriters to win a fully-funded album. We sat down with 2011 contest winner Arthur Alligood to discuss winning the contest and recording his album One Silver Needle in LA.

Tell us about your new album, One Silver Needle.

One Silver Needle is my fifth full-length record, and it really came out of winning the Mountain Stage NewSong Contest. A new record was the prize for winning. It was only supposed to be an EP, but we had the studio time so we just kept going and ended up making a full-length record. It was recorded out in L.A. at the Revolver Recording studio by a guy named Mikal Blue. He’s a producer out there who has worked with a lot of major label acts. He recorded it and I actually mixed and mastered it out there too.

Tell us about your experience winning the Mountain Stage NewSong Contest.

The way it works are you enter songs online and based on those songs, the judges pick twelve finalists to come to New York and do a live competition. I was fortunate to become a finalist based on the three songs I submitted. When I got to New York I was confident but I was surrounded by tons of talent. Last year there were over 2,000 entries so there were tons of great songwriters. I knew I had a chance with my material but you never can tell how those types of contests are going to play out. I learned later that Mikal Blue had been really into my music and because he was one of the judges that definitely helped me out.

It was a great experience. In the first round everyone gets to play one song then based on that the judges narrow it down to five finalists and that night they have the final round. Everybody plays two songs then they announce the winner. It was really fun and didn’t really feel like a competition. I had a good time getting to know other artists. I won’t lie though. Winning makes it even sweeter.

Who are some of the other people you workedwith on One Silver Needle?

I was surrounded by people who had played on classic albums, people like Jim Keltner, Leland Sklar, a guitarist named Michael Ward, he use to be in the Wallflowers and he’s played with a bunch of people. It was just amazing to be surrounded by those kinds of people. I think each one of them made an impact on me.

Jim Keltner was the silent wise sage of the sessions that said little. I learned from him just to be myself and not put up any fronts. Leland definitely kept humor in play with his antics. He’s a great musician. He played with people like James Taylor, Jackson Browne, and the Bee gees. And then Michael Ward… What I learned about Michael was that he could pull off these great tasteful solos. He could always find that happy median between totally shredding and the more minimalist type playing. I remember one solo on a song and Michael wanted to keep the first take because it was so off the cuff and had so much energy. It was pure amenity. All those guys I feel like I’ve learned from and am still learning from.

On previous albums you have used Kickstarter.com as well as Pledgemusic.com. What’s your experience with both those websites, and how have they affected your career?

Both sites enabled me to have the funds to do the kind of projects I wanted to do. A lot of times you have the idea of how you want your record to sound but you don’t financially have the means to accomplish it. What those sites do is connect you with those people out there who do believe in what you do enough that they are willing to back you financially. I don’t have anything bad to say about Kickstarter or Pledgemusic. I think they’re great tools.

I’m interested to see what the next move will be because the music business continues to shift so much. I’m wondering where do we go from here. Because its been the norm for indie artists to write some songs then, find a producer, and start a Kickstarter or a Pledgemusic campaign to raise money for that project. It’s such a new concept because ten years ago you had to have a label to back what you were doing or private investors, something like that. I think it’s really cool because by doing a campaign you find out whether or not you have fans really quick. When I launched my first Kickstarter I was thinking, “Oh, man is this going to work?’ Your basically asking, “Okay, whose out there, who believes in this?” It’s a confidence booster to see people support you and back you because they believe in what you do. It helps you to continue to push forward as an artist.

What inspires your songwriting?

I try to just be aware of what’s going on around me and be aware the relationships I have with my family, friends, and new people I meet along the way or out on the road. It’s keeping your eyes open and observing what’s going on and how we connect with each other all that kind of stuff that boils down to the human condition. If you’re open to that there’s definitely no shortage of stuff to write about. That more then anything inspires me. Having a conversation with a friend and suddenly they say something that registers in your mind and I think man I would love to unpack that idea in a song. Literature and other artists and songwriters inspire me but I think more then anything its life experience that is so important. Thinking back to most the songs I’ve written they’ve been about what I’m going through or experiencing or what other people have dealt with and their experiences.

Outside of songwriting what has inspired you in life? What has driven you through your career?

I have an inner desire that I can’t really explain. I really feel like I’m supposed to write songs and share them. Outside of that, my wife and my kids drive me. I’m always blown away by the things my daughters say and do. I can’t help but be inspired by that. Nature also inspires me. I love to be outside, to bike, fish and do all that kind of stuff. It’s a conglomeration of a lot of stuff. 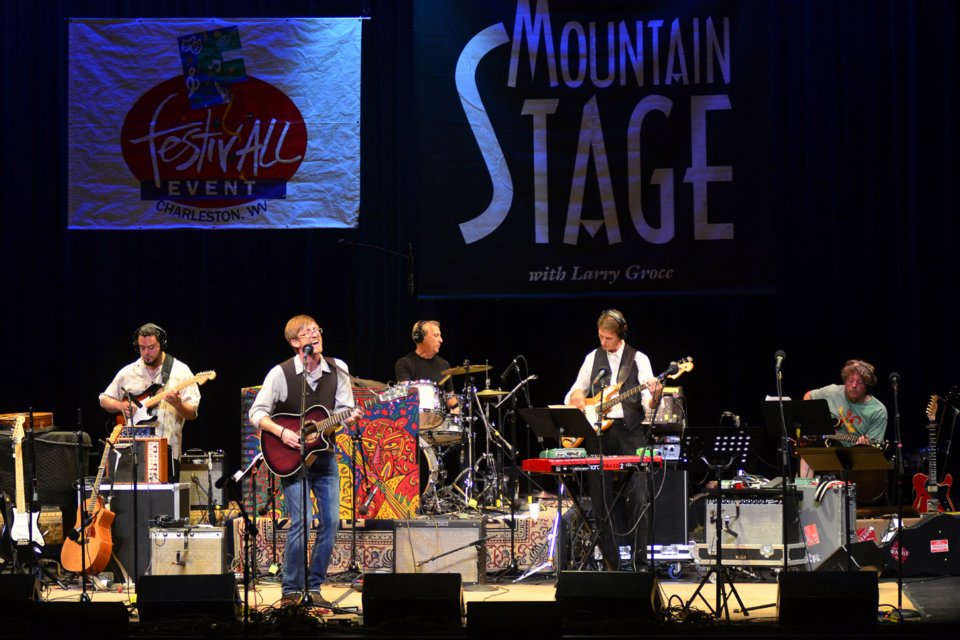 At this point in your career, what kind of gigs do you usually play?

I play a lot of house shows, which to some people its kind of a new movement, but people have been doing it for years. It’s a private concert for people at their home. House concerts are really fun and intimate. I love them and it’s easier for me to get the car and throw my guitar in the back and just go. I’m also starting to play more full band shows more regionally. It’s fun and liberating to get with a group of guys and rock out. House shows, coffee houses, clubs or even theaters are the venues I play mostly.

What is your favorite lyric or line off the new album?

It varies. One I love is from the song, “Ochlockonee.”It’s basically about this river where my grandparents live in South Georgia. I grew up as a kid hearing the name of this river and seeing it so I created this fictional story based around this river. At the end of the song, the main character in the story is, well, he’s talking to the river. He says, “ Take me down far as able, take me Ochlockonee now. I’m a trick; I’m a traitor with a heap of guilt to drown. Mama said, “All gods children are jewels in heavens crown. I don’t know but Mama I’m going to find out.” I really like that verse. There is a lot to take in from that little story.

Johnny Cash, Townes Van Zandt, and Josh Ritter are all probably in my top five. One guy people don’t know about is Bill Mallonee. He’s an incredible songwriter and was really influential to me early on when I first started writing. He definitely doesn’t get the press that some of the better-known songwriters get, but he’s good. And I like John Prine, Guy Clark, I’m sure I’ve left out someone. Some good lady songwriters are Patty Griffin and Emmylou Harris. I love both of them, especially Emmylou. She’s in my top five. She’s incredible.

How has religion influenced your music and your life?

I learned to play guitar in the church. It’s my roots. It’s where I started. One or two things can happen when you start playing music, you can start making music and have your career and leave all that stuff behind or you can take it with you. I feel like I’ve done more of the later. I still have those roots and it’s a big part of what I do. But from listening to my records I don’t think you will necessarily get a lot of that stuff. Its not like it’s a gospel record or something. But I think it’s in there in the ebb and flow of it all. It’s the undercurrent. I feel comfortable letting that part of me come out when it wants to but try to summon it or feel like I have to force it into every song. But I know it sounds bad but I don’t want to write about God in every song. Honestly, I don’t really think he would want me too either.

Looking back on our conversation, we’ve talked about all kinds of stuff and one question, at the end, is about religion. That doesn’t make the rest of the conversation unholy or something. Religion will come up and I don’t mind people asking about it, it’s great. I don’t know if you’re familiar with Sam Cooke but he grew up singing with a gospel quartet and then one day he decided to cut ties. He was like okay that’s it I’m done. But then the stuff he did later in his career is amazing. “A Change is Gonna Come” might as well be a gospel song, its brilliant. I don’t think I have to choose. If you are singing from your heart and writing from your heart whatever is in there will come out. 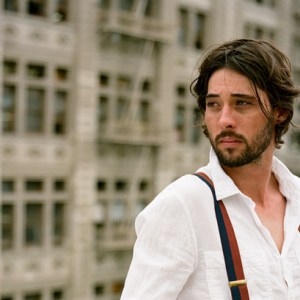