Nick Cave is more than just a talented songwriter. The charismatic Australian frontman of gothic rock outfit the Bad Seeds is also an aspiring screenwriter. But also a reluctant one:

“I’m very comfortable in my day job as a musician,” Cave said in an interview with Variety. “The last thing I ever wanted to get involved with is Hollywood. The way it works is that people get an idea you could possibly do something, but there’s a one-in-a-hundred chance that it could get made. It’s a waste of fucking time, and I have a lot to do.”

As it turns out, Cave wrote a spec script for a sequel to the 2000 Russell Crowe blockbuster Gladiator, which you can read a review of on the film blog Goneelsewhere.com. Crowe’s take: “he’s an excellent writer, man.” The blogger, meanwhile, calls it “one of the most amazing, out-of-left-field screenplays I have ever read.” A plot summary follows, as well as the following piece of juicy dialog:

You are students, are you not? Scholars? Learned young men? Then, answer me this: Does Rome stand deep-fixed and deathless as in the time of the great Caesars? No. I think not. Does she prowl the world, hungry and fearless and all-power? Again…I think not. Do the Gods sit mighty and well-pleased in the Heavens and bestow on her, her just rewards? No and again, no…I think not. Rome weeps and this little fish swims in her tears. A fish…a little fish…hidden around an old man’s neck. The earthquakes that have ripped this mighty empire asunder…charge this little fish. The infernal plagues and disease? The hellish pestilence that ravages our land? Charge this little fish… The diabolical rage of the Gods? I say again…CHARGE THIS FISH. And charge the one that wears it! The man here spits n the eyes of the gods themselves! He is the enemy of us all!

It’s true, it doesn’t sound very Hollywood, does it? Cave has had his share of success in the film industry though — he’s acted in several films, and penned the screenplay to 2005’s critically acclaimed film The Proposition, which stars Guy Pearce. Check out Cave’s IMDB stats here.

Nick Cave and the Bad Seeds first four studio albums have just been remastered and reissued on Mute. 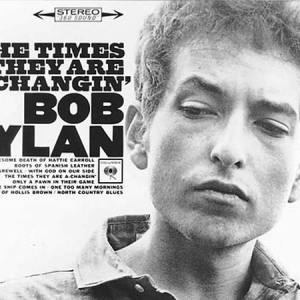