Nick Howard’s career as a British singer/songwriter has taken him from Europe to the U.S. and back. Currently, he resides in Nashville, but no matter where he is, music is his focus.

“I started writing as an early teenager and I was always trying to make light out of a dark situation or to find a way out of a difficult time. That’s how I’ve always viewed music.”

His latest release, “Brave,” was written a few months ago with husband-and-wife duo, Josh and Mary Beth Sudduth in Nashville.

“We just have a great time writing together and we have a similar outlook on the world, so these songs come out fairly easy”

With this song, Howard hopes people can reflect on the question, “no matter what side of things you are on, what kind of world do you want to live in?”

“That’s where ‘Brave’ came from. It’s not easy to rise above the noise and the conflict. It’s a bit of a challenge like, can we do it? Can we achieve what we are so capable of achieving as a society to get beyond all this nonsense?”

Howard mentioned that “Brave” has almost been like a diary for him, a place where he could express how he was feeling about everything going on right now.

“My songs now are observations of the world we live in and how divided it is. I always look to music as the unifier.”

He has done a lot of hard work to get where he is now. A big jumping off point for him was when he was named the winner of The Voice in Germany. In order to participate in the show, Howard had to learn how to speak German in only a few months.

Luckily, it all paid off and now he has another language added to his tool belt.

“You only get these kinds of opportunities once in a lifetime and if you don’t throw yourself at them 110 percent, you look back and maybe regret it,” says Howard.

Although Howard can’t be traveling right now, he has still found the time to write with people from all over the world.

“It’s been kind of cool in a way. I miss touring, but I’ve also loved writing and its opened up so many avenues for me as a songwriter that I might never have pursued without it happening.”

“Brave” is a result of this time away from touring. It’s an incredibly uplifting, upbeat song that focuses on encouraging people to keep moving forward through the dark times.

The lyrics, “A thousand stories, listen one by one. If you believe it, we can overcome,” emphasizes the importance of standing together to put up a stronger fight.

To go with this single, Howard has released a lyric video. He hopes that when his listeners hear this song, they will be able to use it as their own diary, in whatever direction the words take them.

Both seeing and hearing the lyrics before just listening to the audio of this song can make such a difference in understanding Howard’s message.

“One thing I love about music is that, ‘Brave’ could mean something totally different to you than it means to somebody else.”

Check out the lyric video for “Brave” down below: 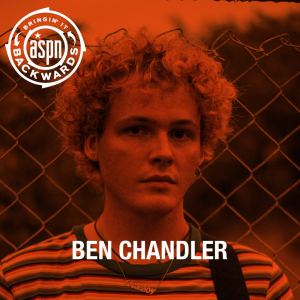 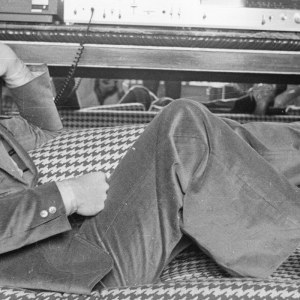