After their 2007 single, “Potential Breakup Song,” got revived on TikTok in 2020, the talented duo Aly & AJ gained new fans and found themselves back on the radar for fans of their earlier career. Prior to this new resurgence, new music was already in the works for the duo. The sisters are excited to finally announce their new Americana album, a touch of the beat gets you up on your feet gets you out and then into the sun.

“Aly and I were so excited that Tik Tok had become this ally for us, and that we had so many fans that were excited about “PBS” (“Potential Breakup Song”), [so] to release the explicit version, felt really good. Now, to land back in the seat of new material feels great,” AJ tells American Songwriter.

The social media platform served as a re-introduction of Aly & AJ to those who may not have been aware of their continued music career, following a bit of a break from that scene.

“I think AJ and I needed to take a step away from music to really become the artists that we are today,” Aly explained.

After the nostalgic “Potential Breakup Song” went viral on the TikTok platform, Aly & AJ decided to release a re-recorded, explicit version of the song. Although it is not on the upcoming album, the new version is an extra bonus for their fans. The tracks featured on the album are distinctly different than the duo’s past, pop tunes. The timeless new songs aren’t just run-of-the-mill stories that are generally associated with life and relationships.

“What I love about this record is that we don’t just touch on the typical makeup/breakup situations,” AJ says. “For Aly and I, it’s all about everyday life and diving into mental health awareness, abuse and what it feels like to want to escape or get out of a relationship that you can’t leave or just pack up your bags and head to a different town.”

The most recent release off the upcoming album, “Pretty Places,” was written several years ago and it is a band favorite. The music video created around it reveals the stunning destinations that are most important to Aly & AJ.

“It was neat to be able to shoot two sides of this video,” explains Aly. “AJ and I are always in these videos together, so it was different to have our own separate stories and our own separate journeys. I think that it makes the video really magical.”

“It just made so much sense on this album and for us as musicians.” AJ adds. “It has really become the focal track and the bar we set for the album. It ended up being the one that Aly and I can say we’re the most proud of and we’re so happy that we wrote something like this.”

For Aly, most of her footage was shot between Arizona and Utah. AJ’s scenes, on the other hand, were located in more intimate spots in Los Angeles, California that “don’t look like L.A.,” according to Aly.

“Pretty Places” is one of three songs, along with “Listen!!!” and “Slow Dancing,” that have already been released off the indie alternative record, with more to come.

The new album has been a long time coming for both the band and their fans. Aly believes the duo wasn’t quite ready to release the current music any earlier, putting off the release of the 12-track album until 2021, making it feel like a new start for the sisters

“We felt like a really long lead up to the album was the best way to get the fans excited,” says Aly. “I feel like it was the record we were always born to make, and we just weren’t brave enough to make it yet, but we finally did.”

Aly & AJ have plans to be back out on the road next year or as soon as it’s safe to do so. It has been about a full year since they have been on stage performing together in front of a full audience. Until they are able to share their new music live, a touch of the beat gets you up on your feet gets you out and then into the sun, produced by Yves Rothman, will be available on streaming platforms, beginning on May 7. 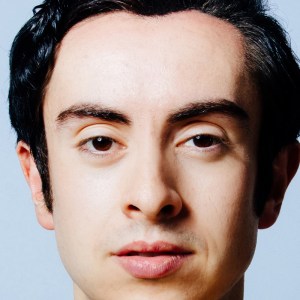 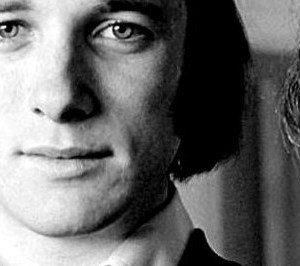