If you ask Memphis musician, Tikyra Jackson, when she first became aware of music, when it initially entered her universe as a young person, she’ll say that she thinks she was simply born into it. Jackson, who comes from a musical family, was also raised in church. So, she’s been immersed in song, essentially, since the very beginning. But while Jackson isn’t the only person to have grown up singing in church, she did learn an important, singular lesson there. It’s an idea that applies to just about everything she does, including playing in her Grammy-nominated group, Southern Avenue, or recording her own compositions – like her pointed debut single, “No More Fear,” which we’re happy to premiere here today.

“I definitely feel that being exposed to music and church at such a young age,” Jackson says, “made me adjusted to becoming more vulnerable on stage. And when you’re vulnerable, you can allow the music or that energy to overtake you.”

Being vulnerable, open and empathetic is important for the 25-year-old Jackson. Of late, the multi-instrumentalist has worked to remove impulses of social judgment – both of herself and others – from her interpersonal repertoire. She’s replaced them with an urge to connect with people. It’s a newly found patience that, in turn, allows her to understand herself better and more deeply.

“I believe that by connecting with people and finding common ground as human beings, it’s made me more comfortable to be myself,” Jackson says. “That’s showed through on stage, too.”

When writing her debut solo single, “No More Fear,” Jackson says she was in her room, blinds drawn, with her electric bass guitar. As she began plucking a few notes, the song started to show itself. At the time, Jackson had the recent murders of George Floyd and Breonna Taylor (and others) in the forefront of her mind. Those tragedies, combined with her sense of personal motivation, helped birth the new track.

“I have a responsibility as a young, African-American and also as a woman,” Jackson says, “to use my voice and platform to amplify the message that we are not going to tolerate inequality.”

Faced with the sadness Black Americans endure all-too-often coupled with the fear that her friends or family could have been Floyd or Taylor, Jackson says at first, she wasn’t sure how to focus her feelings. While some of her friends and relatives were marching or speaking out in certain arenas, Jackson discovered that she wanted to make her voice known through her music. Jackson, who is a co-founder of and drummer for the Grammy-nominated soul band, Southern Avenue, knew in that moment that “No More Fear” would be an essential contribution.

“To this day, my dad and mom, regardless of whatever happens, tell me to treat people the way I want to be treated,” Jackson says. “Love will overcome any issue, any malice. Love is stronger than all of that.”

Jackson’s debut single is jaunty, hopeful. If you weren’t initially paying close attention to the lyrics, the energy of the song might propel you to move your hips in a celebratory way. But, like any good bit of music, with a closer listen, there much more to digest. The song’s energy was both borne out of a moment of racial and social divide and during a health pandemic. Perhaps ironically, though, the global shutdown of live music allowed for a new avenue of creativity.

“I had a moment to breathe and be with myself,” Jackson says. “Before Quarantine, it was just the road. But to be able to take a break and feel my emotions and cry has been a beautiful thing.”

Jackson, who got into music more formally by watching her older sister, Tierinni, venture out to gigs as a young adult, doubled down on the endeavor in college. In 2013, as an undergrad, Jackson was singing in the hallway at school when a professor overheard her and offered some guidance. Jackson, who had changed her major several times up to that point, decided to pursue music full time, as a result. Shortly after, as if by destiny, Southern Avenue began to come together and include both Jackson and her sister, Tierinni. A few years later and the band earned a Grammy nomination.

Southern Avenue flew to Los Angeles for the 2020 ceremony on the day NBA basketball star, Kobe Bryant, died in a helicopter crash. The night before, the band had played a gig in Atlanta with the North Mississippi Allstars. But it wasn’t until the group was headed to the Staples Center in L.A. (where Kobe used to play with the Lakers) that the members realized the bad news. That jarring event, coupled with the momentous glamour surrounding their nomination, meant for a wild night. But it’s one Jackson says she’ll always remember.

“It completely felt like a movie scene,” Jackson says. “The best part about it, though, was that everybody was just so kind and lovely. I told myself, ‘Just take it all in, every moment.’ I had tears of joy. To this day, I still have the ticket on my dresser as motivation. It was really encouraging.” 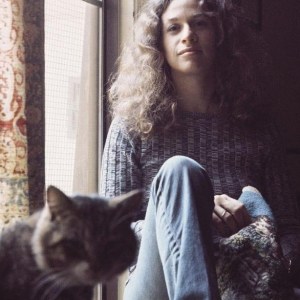 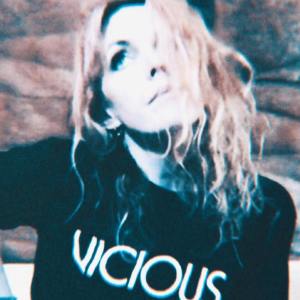