The first time I talk to Alex Dezen, he’s 30 miles outside of Tennessee. Traffic on the I-40 is bad, he explains, and it’s hard for us to hear each other. Eventually, he convinces the guys in Harper Blynn – the Brooklyn group that will double as his opening act and backup band during a performance in Nashville later that evening – to pull the van to the side of the road. We talk for awhile longer without any interruptions, he thanks me for contributing to his recent album, and we hang up.

Dezen has been thanking a lot of semi-strangers lately. Nearly 1,200 of us signed up to fund his group’s most recent album, No One Listens to the Band Anymore. Banking on the loyalty of The Damnwells’ fans — most of whom have stuck with the band over the course of three albums, two labels, and one topsy-turvy decade — Dezen financed the album’s recording sessions by partnering with PledgeMusic.com, an online platform that helps bands solicit donations from their audience. Those who pledged to No One Listens to the Band Anymore were rewarded with unique gifts from the songwriter himself, including handwritten lyrics sheets and house concerts. The more money you ponied up, the better your prize.

The second time I speak with Dezen, we’re sitting backstage at a venue in Chicago. He’s just wrapped up a string of house shows through the Midwest, all of which were hosted by “pledgers.”

“Those performances were strange,” he admits, “but I like doing them. You just show up in someone’s living room and start playing music. There isn’t the whole façade of the rock club with the dark, fancy lights. It’s just dudes in a room with guitars.”

Tonight is the final night of the first tour in support of No One Listens to the Band Anymore, and the venue outside of the backstage area is packed. People are wearing Damnwells t-shirts. Later in the evening, when Dezen boots the other guys offstage and performs a few acoustic numbers by himself, the majority of the audience sings along.

Yet despite fan loyalty, The Damnwells have had a hard time convincing record labels to give them another shot. Epic dropped them in 2006, while the guys in the middle of recording their sophomore album, Air Stereo. Rounder signed the group later that year, only to ax them in 2008. Hence the house shows, the pledge drive, and the handwritten lyric sheets that have kept Dezen – one of two remaining members from The Damnwells’ original lineup — busy since he wrapped up grad school in 2010.

“I gave up music for two years,” he says a few minutes before show time, “right before I went back to school. I’d been through the wringer with two record labels, and I just thought, ‘This is a nightmare. It need to stop.’ But those years were hard. I realized that I have to be able to make records, and I have to be able to do them by whatever means are available to me.”

On their previous three albums, The Damnwells split the difference between alt.country and scruffy pop music, sprucing up the sounds of their predecessors — the Jayhawks, Son Volt, Whiskeytown — with a little mainstream polish. No One Listens to the Band Anymore concentrates Dezen’s strengths by focusing on heartland rock & roll, with a few ballads tossed into a tracklist dominated by Technicolor anthems. Some of the songs are holdovers from the Epic and Rounder days; others were written during the Pledge drive, under the close observation of those who’d already paid for them.

“Pledge Music is like a 360-degree experience for the fans,” says Dezen, who kept his donors invested by posting numerous updates, including early song sketches, during the recording process. “They get to see demos, blogs, behind-the-scenes photos, and that’s kind where we’re at in terms of what bands have to do to keep a fanbase interested. You can’t just make records and tour. You have to involve them in your life.”

Those who paid attention to Dezen’s blog posts were able to watch his album slowly take shape. Lyrics were posted, reshaped, and molded into proper songs. “Constantine,” a two-stanza poem, became “Werewolves,” the album’s lead single. Video clips showed Dezen in the studio, clowning around with producer Neal Ostrovsky and recording handclaps to “She Goes Around” with help from several pledgers.

Using his webcam, Dezen also treated pledgers to live acoustic performances from his own living room. The concerts, which often featured harmony vocals from wife Angela Dezen, were informal; during the conclusion of one performance, Dezen pulled away from the camera to reveal his full outfit: a blue dress shirt and Spongebob boxers.

By The Damnwells’ standards, No One Listens to the Band Anymore is now a certified success. The album sold more copies in its first week than any of the band’s previous releases, and Pledge Music has set up its own record label to distribute it. Even so, Dezen – who partnered with Paste Magazine to release The Damnwells’ previous record, One Last Century, for free – will probably look elsewhere when it comes time to record another one.

“I don’t know how many times you can ask your fans for money to make records. The experience of doing it has been so cool, and it wouldn’t be quite as unique if every time I wanted to make an album, I had to go knock on people’s doors. But I’ll do whatever I can to survive as a songwriter.”

For now, that means fulfilling the pledges and preparing for another round of tour dates. And probably talking with several more semi-strangers along the way. 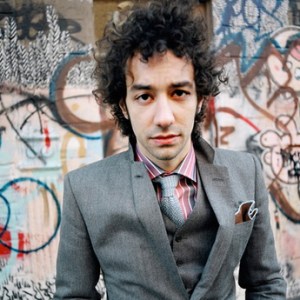