As a part of legendary songwriting and production trio Holland–Dozier–Holland, Lamont Dozier enjoyed one of the most fruitful careers a songwriter could dream of. He contributed to numerous Motown staples, including “How Sweet It Is (To Be Loved By You)” by Marvin Gaye, “Heat Wave” by Martha and the Vandellas, and the Four Tops’ “I Can’t Help Myself (Sugar Pie Honey Bunch).” He, Brian and Eddie Holland also became the go-to songwriters for Diana Ross and the Supremes, penning “Baby Love,” “Stop! In the Name of Love,” “You Can’t Hurry Love” and many more. Before he was inducted as a Fellow into the Center for Popular Music at Middle Tennessee State University, we chatted with Dozier about collaborative writing, taking on romantic lyrical topics, and more.

When you were writing for The Supremes and other Motown acts, did you have any idea those songs would still be remembered today?

Nah, we didn’t know what we were doing. We were just putting together some stuff and hoping it sold, at that particular time, and that we got a hit record with the artist and just hoped for the best. We’d make sure the project was finished and then hope Barry and the “quality control” members, when they heard it at the end of the day, they thought it could be something. Fortunately for us, we were three guys that were very lucky or blessed to always pass the test, so to speak … There was no science behind it, it was just a feeling. A “feel good” feeling.

How beneficial would you say co-writing  is to the songwriting process?

Writing with a partner or somebody you can bounce off things, what it does for you, it gives you a lot of insight. It’s like experimenting with sounds and lyrics. The benefit is that you always gain something, because it’s a competitive thing that you’re doing [with songwriting]. Making a record, for instance, there’s a lot of pieces to it. You’ve got your engineer, you’ve got the people that are gonna write with you, or maybe if you write it all by yourself, you still don’t do it by yourself, because there’s so many people involved in it. Everybody adds their own interpretation of how a feeling should go … That’s what happens when you collaborate.

What helps make a song a hit?

A hit [happens]when something captures the imagination or the mind of the listener, and they’re completely taken by whatever the music is. They just get in to it. They’re hypnotized by it, you might say. That’s a hit.

Love is the main theme in a lot of your lyrics. What inspired you to focus on relationships — good and bad — in your material?

Love is the greatest emotion of all. For everybody, especially girls. We wrote for girls, meaning that girls bought all the records, basically. If we could get their ears and get them interested, and woo them with some “ear candy,” then we’d get over … A lot of the time I would have a conversation with girls and ask how they felt about this, that and the other. Or I’d be sitting in a restaurant in a booth, and I was a bit of an eavesdropper. There’d be people in the booth next to me — this happened a few times — and the girl would be crying and the guy would say, “It’s just over with. We just can’t make it; I’m sorry.” And I’m just writing all this down. Ideas are everywhere. You’ve just got to know where to look and listen, in this case … Songs and ideas are around all the time, you just have to pay attention.

What advice would you give to up-and-coming songwriters that are trying to get their start in the business?

Knock on every door, and write seven days a week. I know that sounds kind of harsh, but let that be your priority. Write, write and write some more. Your work ethic has got to be to the bone. Writing songs should be your first love, and give it all the time it needs until you feel like you’ve accomplished or gotten the song that you think is worthy of letting the world hear. 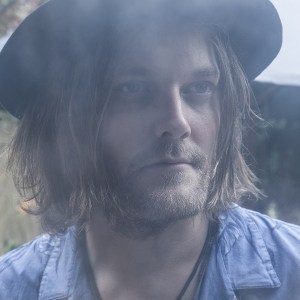