Alyssa Graham teases her husband about “Shells.” It’s the first song he wrote while in grade school and tells the tale of a man who rode through the desert on his journey through the Sahara, met a merchant who sold him a guitar, which he then played to some shells before he reached Baghdad.

“When he was 9, his mom had to point out to him that there are no shells in the desert,” says Alyssa, one part of the Nashville duo The Grahams. Those early songwriting days now behind Doug—her other half—the childhood sweethearts have continued making music together since their teens, and have used America to inspire each of their three albums. Locals’ stories, visuals of a bygone era, a descending of America, and love are rooted in their upcoming third studio album, Kids Like Us, out March 27.

The story of The Grahams begins way before their debut Glory Bound (2013). Born and raised in the suburbs of New Jersey, Alyssa and Doug were childhood friends, started dating in high school, and played in bands together through college. When Doug’s mother passed away in 2012, the duo needed a change and moved to Nashville in February of 2013 to record an album under their new moniker and haven’t left since.

Followed by a production crew, The Grahams took their adventure on a five-week journey by motorcycle from Chicago, at the start of Route 66, through Los Angeles—and all during the 2016 elections, which made the cross-country trek all the more interesting.

This isn’t their first adventure on the road. They journeyed cross country by rail for Glory Bound, and trekked the rivers, roads, and swamps down south for 2015’s Riverman’s Daughter. “We notice that when we push ourselves into new experiences we write better songs,” says Doug. “For this one, we wanted to push ourselves a little bit further and get more modern than in the past. We wanted to take that emotional and metaphorical journey from the middle of the country to the land of milk and honey out west.”

New York filmmakers Natalie Brasington and David Johnson documented the journey, making stops along the historic route—one of the first major, U.S. highways first constructed in 1926—to talk to locals like artist Paul Milosevich in Santa Fe, NM, who paints wearing a hazmat suit to Harley Annabelle, owner of a the Sandhill Curiousity Shop in Erick, OK. They drove through the Mojave Desert when it was 114 degrees, performed at a biker bar one evening then talked politics with the audience, and met other locals along the route.

Never avid motorcyclists, the two decided to get their licenses and literally hit the road two weeks later. Traveling along Route 66 felt like they were stuck in a time warp with some businesses still hanging awnings reading “American Owned” and remnants everywhere of this portion of the U.S. somewhat left behind. “When you travel Route 66, there’s no sign of America’s heyday,” says Alyssa. “It was a little surprising and depressing. It was also indicative of America falling apart in a way in the last few years.”

Alyssa says the Route is steeped in another time, but it’s not necessarily the best era in America’s history, particularly the clear racism and segregation during America’s “heyday.” “A lot of people on the Route talk about how great America was when 66 was built,” says Alyssa. “There was a lot of shit during that time. It wasn’t the greatest time. Certainly there are things that are endearing, but I don’t know why some are holding on to that era as great.”

Meeting people along 66 was eye-opening for Doug, who realized that America still has a long way to go. “Talking to people who live on Route 66 and seeing how their lives have been affected over the decades and then watching the election and hearing all the news stories about ‘Forgotten America,’ and all this stuff,” says Doug, “It was very real to us.”

For Kids Like Us, The Grahams pulled in the late producer Richard Swift, formerly with The Shins and The Black Keys, and laid down the album’s basic tracks without vocals at his National Freedom recording studio in Oregon. “We sought him out because of the music we were writing and because we wanted his very unique brain and creativity,” says Alyssa. “Obviously, it was very special and inspiring working with him. He was just one of a kind.”

The producer hadn’t flown for more than a year, and when The Grahams tried to encourage him to come to Nashville to finalize the recording, he never showed. He had checked himself into rehab for alcoholism and suggested several producers that could step in to finish the project, including Dan Molad (Lucius, Elizabeth & the Catapult), who took over Kids Like Us. Both soon learned that the 41-year-old Swift was not doing well and was in hospice, yet he still texted the couple. Swift died on July 3, 2018 from complications of hepatitis, leaving behind his wife Shealynn and three children.

“What happened to him was shocking and sad,” said Alyssa, who remembers talking to him for hours on the phone at times. “Obviously, it affected us greatly.” Not only was he a friend, but Swift was also very supportive of the duo, and anyone who worked with him. Alyssa remembers once getting reassurance from Swift after she questioned her guitar skills and using her parts on the record. “He said, ‘you know everybody has something to offer, and your style on guitar is unique and special,” shares Alyssa. ‘I don’t want anyone else playing them because you guys wrote the songs.’”

Doug says Swift was one of those people that lit up in the studio, and made you feel good when you were around them. “Everybody has met someone that is so compelling,” shared Doug. “He was one of the most compelling people that you could ever meet.”

In respect to Swift’s original direction, Molad brought Kids Like Us to a close, yet was still given carte blanche to “go crazy” with the final mixes.

The Grahams are in harmony with one another throughout Kids Like Us. A complete 180 from their previous releases, which were steeped in more Americana, bluegrass-y acoustics, Kids is orchestrated, more bombastic, and electric. Small elements of Motown, soul, and songs of another era pour out of Alyssa and Doug’s melodic unions, while anthemic title track, “Kids Like Us,” gives off Pat Benatar vibes in lyrics Baby I don’t have to tell you what becomes of kids like us / We’re young enough to run away / We’re old enough to rust. “We just feel that encapsulates us right now, in this time period in our lives,” says Alyssa. “It was the first song we wrote for the record, and it was the impetus to get on the bikes and get the fuck out of town.”

Clearly there’s no genre where the The Grahams fit, but together both are versatile enough to take on any music “label,” dipping into heartbreak on “Just What You Deserve,” to the more psychedelic, rockabilly pop of “Bite My Tongue,” crooning a fluid 50s-60s mashup, “Don’t Give Your Heart Away,” the Doo-wop sultriness of “Running Out of Time,” or closing track “Mr. G,” which Alyssa says is about Doug and their love story.

For The Grahams, the journey continues. They’ll go back on tour in 2020 to support Kids Like Us, and a short documentary of their motorcycle journey, Searching the Milky Way, will be out next April—with a feature-length version released at a later date. Still, their most important collaboration to date came when the couple recently welcomed their first child, daughter Georgette Ida Graham, into the world.

“A lot of our work from now on will always speak to Georgette,” he says. “We can say ‘hey, this is what we were like. This is what we were.’ Hopefully we get to tell her ‘hey baby you get to be your own thing too.’” 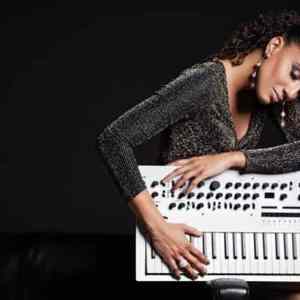 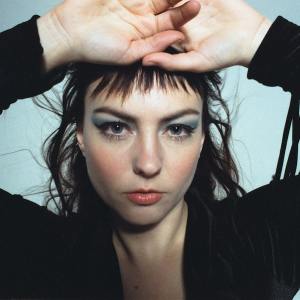