Harboring an honesty and delivered with a vocal earthiness, neither of which is all that common in country music these days, Smith is the kind of songwriter that Alan Jackson, Johnny Cash or any other of his songwriting influences can take pride in knowing they had a hand in inspiring. Co-written with Jacob Powell in a writer’s room at Ole Nashville’s offices, “Shoulda Seen Me Yesterday” tells both sides of a breakup story. A tried and true subject line for sure, however in this instance the focus isn’t on the broken love but something much further down the line.

“The song is about a similar relationship we both had, and both had gone through the valley of getting over heartbreak,” remembers Smith. “Sometimes you see that person (or even worse, their family) at the grocery store and they say things like “you look real good” or “I’m glad to see you’re moving on and enjoying life again.” The truth is, it could have been just yesterday that your whole life was in shambles.

“Shoulda Seen Me Yesterday” is about both sides of a breakup story. Part of that story is about walking through the mess of a broken relationship, but it also is about the hope that we find on the other side.”

In an fairly uncommon move, “Shoulda Seen Me Yesterday” is Smith’s second single release in less than three months ago as “Cigarettes and Jesus” was just let loose in March. While songs are typically given a little more time to stretch their legs and breathe, Smith felt the need to push the calendar here. Not only does he think the world needs to hear the truth that comes within this song, his hope is it can be a beacon for us as we navigate these uncharted waters.

“It’s the right time in history for some hope to be in the world. We are all walking through a time in history none of us have ever been through and if we can relate that through music and this song can give someone hope to the better days ahead, then I believe it’s worth it.

“It’s not about getting back to normal – it’s about looking forward to normal and I believe in relationship struggles or any struggle in life, that mindset is what really matters. We are all going to be okay.

“I knew the truth was my fans needed to hear music now more than ever. I want to keep the music coming, and I really feel like “Shoulda Seen Me Yesterday” is the “right hook” that’s needed to pack even more of a punch after releasing “Cigarettes and Jesus” back in March.

That sounds all right and good, but a lot of artists and institutions are towing the ‘we’re all in this together’ line right now. Thing is, for Smith it’s not a line. It’s not a marketing ploy. This is a guy who grew up in a community-based world where people had their arms around each other. His coming of age came with a team mentality so as we’re mired in this pull-together time, this is where he feels most comfortable.

“I grew up a 90s rock n’ roll kid and this song has that sonic appeal, but also the moral message I want the listener to experience. The music world I grew up in was very community based…we all were in it together. We all travel the same roads, we all sleep in the same hotel rooms, we all go through the same hardships. I hope this song reaches people and can help them get out of whatever valley they are passing through.” 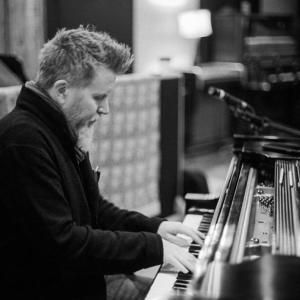 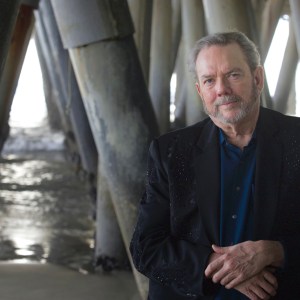