At the same time that thousands of people across the nation were gearing up with milk, all black dress and poster boards with handwritten rally messages, during the George Floyd riots, Smith & Myers were writing a song.

Smith & Myers is comprised of Shinedown’s frontman Brent Smith and guitarist Zach Myers. The two came together in a new capacity in 2014 to craft an acoustic EP that featured classic covers of The Clash’s “London Calling, Pearl Jam’s “Black”, Metallica’s “Nothing Else Matters” and others.  Now the duo is ready to talk about the future of Smith & Myers, which starts off with a new single and video for “Not Mad Enough” off their forthcoming album titled Volume. 1 which will be a mix of covers and originals, due out October 9.

“We had already been working on the Smith & Myers project and for whatever reason that night when I was coming back from the studio I turned my hotel room television on (which I rarely do when I am in hotels) and the moment I did, they showed the entire 8 minutes and 23 seconds of what happened to George Floyd,” Smith told American Songwriter. “In that moment, everything that ‘Not Mad Enough’ is now came in a flood: all of the words, the melody, and how I felt.”

The lyrics came from a deep place of empathy as much as outrage for Smith, as he watched Floyd’s story and the social climate of America.  And “Not Mad Enough” was a time when he knew he could not hold back his emotions or the way in which he expressed and represented his perspectives on the matters, though he did so with an immense amount of grace with the incorporation of acoustic guitar and passionate vocal melodies.

“I knew I couldn’t hold anything back and had to present the song in the most real and raw way that I knew how to, while being very open with how I felt and what I was witnessing. I wanted to be as honest and respectful as I could be for not only his family, but for the situation that all of America and the world was witnessing. This cannot continue, and this isn’t going to stand and this type of behavior is not who we are. I feel like we’re at our best when we need one another, and this was not an example of that.”

Smith’s intended general takeaway for his listeners is to treat each other with respect and humility and encourages everyone to part of the solutions to all the issues in America.

“Hopefully the song unites people and gives a sense of urgency to not only what’s going on in our society in regards to race and equality, but also just how we treat one another,” Smith said. “I wish we would have been able to come to this moment in a time when we are listening to each other more and without a man having to die in high definition on national television.”

In conjunction with “Not Mad Enough” is the duo’s release of the cover of Neil Young’s “Rockin’ In The Free World,” which serves to intertwine the two releases in a central theme.  It also serves to link the past of Smith & Myers as a cover project to the now as they emerge to release original material.  More Importantly “Rockin’ In The Free World” placed an emphasis on lyrics that aligned with the outcry currently exploding in America.

“’Not Mad Enough” was written about the times we are in now,” Myers said. “But if you look at ‘Rockin’ In The Free World,’ which was written 35 years ago, and you listen to the lyrics, it sounds like Neil Young could have written that song today about what’s going on in the world. I’ve always been attracted to songs that were relevant no matter the time and I think when we wrote ‘Not Mad Enough,’ given the climate of America and where it is right now, culturally, they both stepped up and we just knew that they should be the first thing people hear. It’s not a political thing as much to me as it’s a right and wrong thing about the cultural climate of what’s going on in America.”

You can hear Smith & Myers take on the world as told through “Not Mad Enough” today and be sure to check them out here for more updates on the new record, which you can pre-order here, and their stint of drive-in shows,  which will be coming to a few select locations in Pennsylvania in September.

Go check out “Rockin’ The Free World” on your favorite digital service, here. 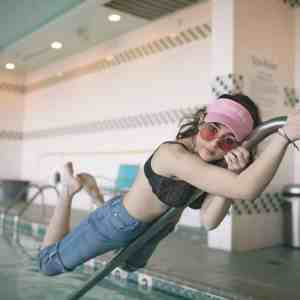 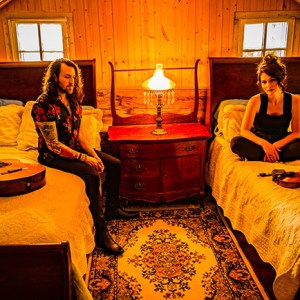