Okkervil River has announced their newest album, Away, a transitional record that finds frontman Will Sheff reflecting on the changing nature of the band and his own life. Sheff released a lengthy statement about the album’s origins on Wednesday, delving into the chaos that consumed his life leading up to – and following – the departure of several members of the band between 2013 and 2015.

“I didn’t plan to make it and initially wasn’t sure if it was going to be an Okkervil River album or if I’d ever put it out,” says Sheff. “I wrote the songs during a confusing time of transition in my personal and professional life and recorded them quickly with a brand new group of musicians.”

The group of musicians who contributed to the album includes Marissa Nadler on vocals and composer Nathan Hatcher.

“I got together the best New York players I could think of, people whose playing and personalities I was fans of and who came more out of a jazz or avant garde background, and we cut the songs live in one or two takes – trying to keep things as natural and immediate as possible,” says Sheff.

Check out the album cover and Sheff’s full statement below. Away drops September 9 via ATO Records.

A statement from Okkervil River’s Will Sheff:

“The new Okkervil River album is called ‘Away’. I didn’t plan to make it and initially wasn’t sure if it was going to be an Okkervil River album or if I’d ever put it out. I wrote the songs during a confusing time of transition in my personal and professional life and recorded them quickly with a brand new group of musicians. I got together the best New York players I could think of, people whose playing and personalities I was fans of and who came more out of a jazz or avant garde background, and we cut the songs live in one or two takes – trying to keep things as natural and immediate as possible – over three days in a studio on Long Island that hosts the Neve 8068 console which recorded Steely Dan’s Aja and John Lennon’s Double Fantasy. I asked Marissa Nadler to sing on it and got the composer Nathan Thatcher to write some beautiful orchestral arrangements, we recorded them with the classical ensemble and then I mixed the record with Jonathan Wilson out in Los Angeles.

2013-2015 had been a strange time for me. I lost some connections in a music industry that was visibly falling apart. Some members of the Okkervil River backing band left, moving on to family life or to their own projects. I spent a good deal of time sitting in hospice with my grandfather, who was my idol, while he died. I felt like I didn’t know where I belonged. When there was trouble at home, a friend offered me her empty house in the Catskills where I could go and clear my head. New songs were coming fast up there, so I set myself the challenge of trying to write as many as possible as quickly as possible. I wasn’t think about any kind of end product; the idea was just to write through what I was feeling, quickly and directly. Eventually, I realized I was writing a death story for a part of my life that had, buried inside of it, a path I could follow that might let me go somewhere new.

“Okkervil River R.I.P.” and “Call Yourself Renee” are good emotional transcriptions of that time. I wrote the latter on psylocibin mushrooms on a beautiful afternoon in early fall in the Catskills. I wrote “The Industry” quickly after getting some bad news. “Comes Indiana Through the Smoke” is an anthem for the battleship my grandfather served on during the Pacific Theater of World War II. Before becoming a private school Headmaster, my grandfather was also a jazz musician; he paid his way through college as a bandleader, toured with Les Brown and His Band of Renown, and spent summers playing a residency at a NH lakeside gay dance club called The Jungle Room that kept live monkeys in the basement. (You can hear his actual trumpet on this song, played by C.J. Camarieri from yMusic.) “Judey on a Street” is a love song, sunny but written late at night when the woods are maximum spooky. We cut “She Would Look for Me” pretty shapelessly, with a lot of improvisation, and it’s also a love song. “Mary on a Wave” is about the feminine aspect of God but is in a very masculine tuning: DADDAD. It’s also a love song. I wrote “Frontman in Heaven” in an obsessive three-day streak of writing for 14 hours, going to bed, getting up and writing again. It wasn’t a pleasant experience. I wrote “Days Spent Floating (in the Halfbetween)” by just jotting down the first sentence that popped into my head every morning in October immediately after I opened my eyes. At the end of the month I had a finished song. It was recorded as an afterthought as the last thing we did when they were about to kick us out of the studio. You can hear me flub some lyrics. But one take and we had it.

I think this record was me taking my life back to zero and starting to add it all back up again, one plus one plus one. Any part that didn’t feel like it added up I left out. Weirdly, it was the easiest and most natural record I’ve ever made. More than any time in my life before, I felt guided by intuition – like I was going with the grain, walking in the direction the wind was blowing. The closer it got to being finished, the more the confusion I’d felt at the start went away. It’s not really an Okkervil River album and it’s also my favorite Okkervil River album.” 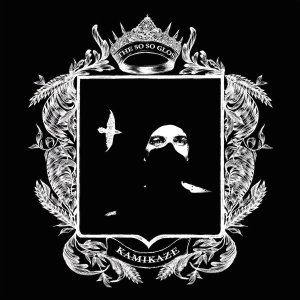 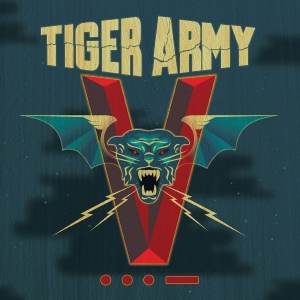