At only 21 years old, Olivia O’Brien is quickly becoming one of the fastest growing artists in the pop landscape.

With millions of followers on social media and somewhere north of 8 million monthly listeners on Spotify, her knack for straight-up pop and her stylish Zoomer chic have been making their way to earbuds and phone screens around the world. Now, on June 11, she’s releasing the first installment of her sophomore studio album, Episodes.

While the first batch of tracks from Episodes show off an artist with a palpable air of confidence, O’Brien hasn’t always been so outgoing with her talents. First coming to music as a child, as soon as she started to write songs, she began using SoundCloud to record them. At first, she was eager to share her compositions, but after one bad experience, she resigned to sharing covers instead.

“My freshman year of high school was really when I started posting songs and doing that kind of stuff,” she tells American Songwriter. “I was literally just recording on my phone. I used SoundCloud and it was back when you could literally just record on the app. It was, like, a little orange button and you press ‘Record’ and then you press ‘Stop’ and you can’t really edit anything. I was just kinda doing that, just me playing piano or guitar. It was not very good. For the most part, I was too scared to post my original stuff because one time I did—I posted two songs—and these boys made fun of me. We were on a field trip and they were in the back of the bus and they were playing my songs and laughing at me. So, I went home and deleted them and never posted an original song again.”

It’s true—after that point, O’Brien moved away from originals entirely and strictly stuck to covers. But, for the most part, this was fine. She was still able to share her musical talents with her peers and, in her own time, she kept chipping away at songwriting. Eventually, though, something miraculous happened: rapper, DJ and producer, gnash, heard one of O’Brien’s songs. While neither of them knew it at the time, they were about to change each other’s lives.

“I did a cover of one of gnash’s songs,” O’Brien explained. “He found it and asked me to come to his show in San Francisco.”

At first, O’Brien could hardly believe it—the fact that such a big name would reach out to her out of the blue felt like a surreal dream. But when the day of the gig finally arrived… she still could hardly believe it. “I was super nervous,” she said. “I’ve always had really bad anxiety, so I didn’t want to go inside. And—by the way—I was crying.”

Eventually though, O’Brien’s nerves cooled and she went in to meet gnash. At this point in her career, she was writing originals frequently, but still only positing her covers. Her skills as a writer were increasing fast, but she hadn’t shared her progress with anyone. Thankfully though, just a few weeks before gnash reached out, she wrote one of her best tunes to date: “I Hate U, I Love U.”

“I went inside the venue and met gnash—he asked me if I had any original stuff,” she said. “I sent him ‘I Hate U, I Love U.’ It wasn’t posted anywhere at that time. He was like, ‘I love this song—I think you should come to Los Angeles so we can record it.’ Obviously, I had never recorded a song with anyone before, you know? In my mind, I was just like, ‘Oh my god, what if he thinks I’m bad? Like, what if I can’t sing?’ I never thought I was good. Like, I just kinda posted things for fun—my sister used to come into my room and tell me I sounded like shit every time she would hear me sing. So, I was just really nervous. I didn’t think it was something that I was capable of, or anything like that. I started crying.”

Again, O’Brien took some time to calm her nerves and, before too long, she found herself in Los Angeles recording “I Hate U, I Love U” with gnash. “I did it,” she said with pride. “Just the validation that someone in the industry liked my song made a big impact. He coached me through it, and was like, ‘You should totally post it.’ I posted my own version of it, and then we ended up putting out the version that was both of us together. That’s the one that, like, really blew up.”

And “really blow up” it did—with just under 900 million streams on Spotify and YouTube combined, it became one of the biggest hits of 2016, radically altering both gnash’s and O’Brien’s careers. For the latter, having that hit under her belt made everything fall into place like clockwork. She was able to build up an online presence, assemble a team around her and begin her march upwards as a pop tour de force.

And once she found her confidence, O’Brien was able to step into the spotlight with ease. Between her photogenic flair and self-love rhetoric, she’s built up a loyal fanbase on all sorts of platforms, spreading a message of modern femininity and empowerment alongside her creative works. At the same time, she’s also on the front lines of artists who are pushing back against the old norms and standards of the music industry—the fact that she’s releasing Episodes in installments rather than as one, complete record is a testament to that.

“I realized that I don’t really like making albums,” O’Brien explained. “A lot of people make sure that all the songs are kinda on the same vibe, that they all fit together so it’s heard as a concept. That’s never been how I’ve worked, though, because I don’t plan ahead like that. Like, I’ll go into sessions and I’ll just be writing just to write. I’m inspired by so many different types of things, so many different genres—I want to write about so many things that none of my songs are gonna end up sounding like they belong on the same album. There are a few songs that are more, like, pop-punk, and then a couple songs that sound more like R&B. Like, I don’t want to have to wait for a whole album to be done to put music out.”

With that, O’Brien shows some of her candid self—even though she’s five years removed from “I Hate U, I Love U” first blowing up, there’s still a level of surrealness to her career that she’s in awe of. Perhaps that’s what keeps her songs so fresh, so invigorated with youthful energy. And with more of Episodes and a whole slew of other projects on the way, the artistry of Olivia O’Brien is just beginning to blossom.

Part one of Olivia O’Brien’s new album Episodes is out now. Watch the music video for the song “Sociopath” and check out her upcoming tour dates below: 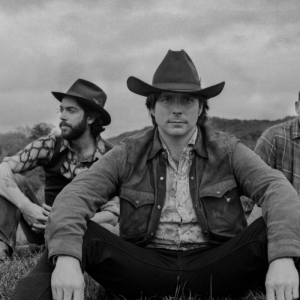 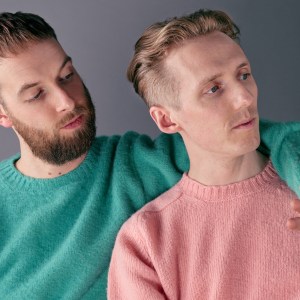