When singer-songwriter, Olivia Rox, was 9-years-old, she played the lead role in Annie at Boulder, Colorado’s Dinner Theater. Rox, who’d already toured the country with her professional musician father, saxophonist Warren Hill, was ready for the assignment. At just two-and-a-half years old, Rox had sung to hundreds, performing, “Someday My Prince Will Come,” at one of her father’s gigs. For Annie, Rox performed 75 nights. At such a young age, she learned the rigors of getting ready and the reward of reading and performing to the room. In other words, she’d quickly become a pro. Now, just over a decade later, Rox has released her own solo record, POPROX, and she’s ready for a great deal more.

“For one,” Rox says, “I’m a perfectionist. Everything I do, I try to do the best I can. Whenever I’m writing a song, I try to make it great. I find myself constantly inspired by the world around me, no matter where I am or whether I’m on tour or sitting at home with my dogs on my lap.”

Rox, who wrote all of the songs for her debut, released POPROX in 2019. But she’s already planning for another release this summer – a stripped-down acoustic album called, Just A Girl And Her Guitar (out July 16th) – along with the July 15th unveiling of the next season of her digital series, The Olivia Rox Show, available on her Facebook page. The show, which started as a quarantine lark, has grown in scope and audience and it’s something into which the bright performer is excited about throwing her energy and taking even more seriously moving forward.

“The show was something that was just supposed to be fun,” Rox says. “But it blew up, it exploded. The last episode got over, like, 300,000 views. So, we’ve really been having a lot of fun with that.”

And her new album?

Rox says that, perhaps above everything else, the connection she builds with her audience is what drives her to work so diligently and fruitfully. Rox, who loves to work (she almost can’t help herself, she says, writing songs as a way to cope with her day-to-day life), appreciates that a song can mean one thing very deeply to her but it can mean something quite different, though no less deep, to someone else. For Rox, there’s beauty in that synergy.

“If I didn’t have songwriting in my life, I wouldn’t have been able to get through the things I’ve gotten through,” Rox says. “I pour my feelings into it. To play songs to people and the fact that they can connect with them, that’s so powerful. When you’re on stage and you can feel the electricity, it’s palpable. People are singing along to your lyrics. It’s totally magic.”

To date, Rox has graced a myriad of stages, both nationally and internationally. She has also performed on popular television show in front of millions on both America’s Got Talent and American Idol. But, Rox says, when she gets on stage, she, perhaps surprisingly, isn’t nervous. It’s almost like a fish jumping back into water. She’s comfortable on stage, so much so that her first appearance on one was with her acclaimed father before she turned three-years-old, singing the Snow White classic about a prince.

“I always knew from the moment I was a tiny child that music was a part of me, part of my soul, part of my life no matter what,” Rox says.

While the songwriter often gravitates to the simplicity and concision of pop music, Rox is a versatile singer and performer. Her voice is powerful, yet it’s also nimble. She could huff and puff and blow your house in or she could sing spritely like effervescence. She grew up on the road; she’s a veteran of the stage despite just being in her early 20s. And while you might think her life is charmed, Rox also endured a lengthy hospital stay at an earlier age. Her ability to walk was threated after a bout with the flu triggered a rare and dangerous muscle illness. Thankfully, she healed.

Rox, who believes music should be positive more often than not, has heard from fans whom she’s inspired. With song titles like “Shooting Star” (new music video out June 19th) and “It Girl,” Rox presents a happy side that, she says, is aimed at inspiring her many listeners. And as her career unfurls, she will undoubtedly test new sonic waters, expressing herself in full to her fans as her career continues to expand. For now, though, she’s thrilled with her debut record, and she’s ready to achieve much more.

“I basically had been waiting for that moment my whole life,” Rox says. “I feel really grateful.” 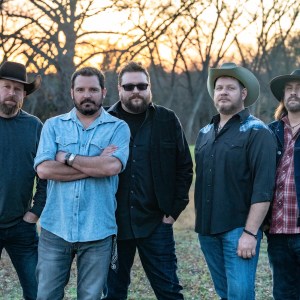 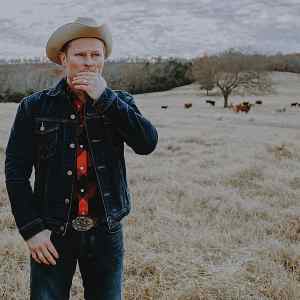