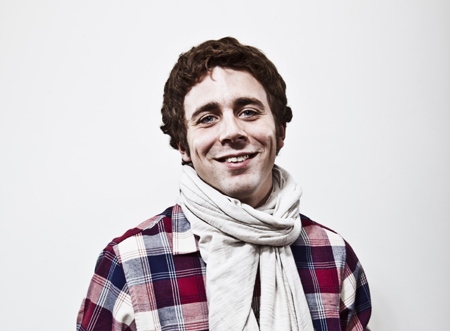 Unknown performers need back stories. That’s just the way it is. Even when they’re finessed and assembled selectively—as all stories are, really—they help us figure out how to interpret the new sounds we’re hearing, and the sources we’re hearing them from.

Joe Pug’s story happens to be a particularly good setup for a 20-something singer/songwriter who’s on the road a lot: after devoting three years to studying playwriting at the University of North Carolina, he made the spontaneous decision—from the gut, instead of the career counselor’s handbook—to drop out and split for Chicago. There, he found himself writing. Not plays, but songs.

With a start like that, it’s no big leap to picturing Pug as a rambling, fly-by-night troubadour. The only problem is, that’s not him. “I tried to be that person for a long time, because, when you’re in this line of work, people just sort of expect you to be that way and sort of want you to be that way,” he shares, quite collectedly. “But I’d be lying if I said that’s who I was.”

He finishes the thought: “I’m a pretty realistic person, I think, in a lot of ways. That doesn’t fit that archetype that you’re talking about, and that’s something that I’ve struggled with… thinking that maybe I should try to adhere to it a little bit more. I just realized at a certain point living that sort of lifestyle is almost conforming. You know what I mean? It’s almost conforming to what people expect you to be. In my case, right now, maybe it’s more punk rock to be sober and responsible.”

What helped Pug, a Maryland native, get from open mic nights to the Newport Folk Festival stage and opening slots with, among others, Steve Earle and Justin Townes Earle (both now enjoying sober and responsible phases in their own careers) and build a modest-sized yet unusually dedicated following without a label was his smart, grassroots marketing plan—sending free sampler CDs to anybody who asked, as many as they wanted.

“That idea didn’t really come out of any particular soft spot in my heart,” Pug admits. “I mean, listen. Especially the first record, it’s not something that’s gonna get played on the radio. You’re not going to find my records in Target any time soon. So the way that I came to that way of doing business is just out of necessity, more than anything else. I like what it stands for and I think it is a nice matter of respect to the fans. But it’s also a very sound business practice, I think.”

The real, and rightful, source of the interest in Pug is what people hear on those complimentary CDs; he’s written some quite stirring songs. Those on his first recording, 2008’s Nation of Heat EP, have clear-eyed, youthful, politically pointed nerve and the cadence of early-‘60s poet-folkie conviction. In the new batch on Messenger—his first full-length—he turns unblurred thought and crisp imagery toward more introspective territory to good result.

“There’s a ton of different ways to write a song; I’m starting to learn, the more that I do it, the older that I get, my specific style is, I really do strive for clarity,” Pug offers. “You try to give your listeners a fair amount of credit, but you also want it to be clear, too.”

For Messenger, Pug—whose standard performance mode is vocals-guitar-harmonica—tried embellishing a bit, albeit judiciously; pedal steel and subtle acoustic guitar figures were lightly applied to a few tracks, and two feature what is, by anybody’s standards, a full-blown country-rock band.

“It’s something I’m trying to figure out right now, because I’ve learned over the past couple of years that putting a band behind my music—if you don’t pay a lot of attention to it and you’re not careful—it can sound like a bar band really quick,” he says. “So I’m just trying to learn how to play with other players and get the right guys in there to play their instruments, so that what’s special about my music is kept intact, but it’s expanded upon.” But Pug needn’t worry. Great songwriting will always stand out. 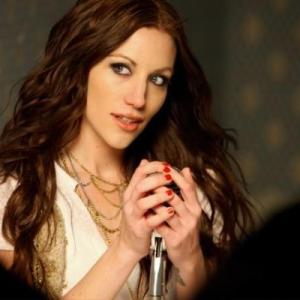