For any musician who has undertaken a lengthy tour, booked a gig at a performance venue or just spent time in a green room, one thing becomes immediately clear: there is a ton of downtime before a show. Some musicians fill it with beer and snacks. Others stay on their phones all day or take naps in some well-worn easy chair. But for Car Seat Headrest’s Will Toldeo and Andrew Katz, the green room often becomes a makeshift studio where their newest creative project, 1 Trait Danger, comes to life. The project was borne in back stages around the globe and its there where the seeds of its future releases were sewn. And this week, Toledo and Katz proudly unveiled their latest endeavor: a skillfully made 1 Trait Danger video game in which players can engage online in an effort to defeat the “evil” founder of Matador Records, Chris Lombardi.

“1 Trait Danger came about because we liked messing around and having fun,” says Katz. “That’s really where it comes from. There is a lot of downtime in our job and it was a way to have fun and fill the time.”

The members of the Seattle-based Car Seat Headrest, Katz says, get along well. There is lot of joking and laughing when not rocking a set on stage. This jovial nature, combined with a great deal of musical skill and experience, created the fertile ground for the often-satirical band, 1 Trait Danger. The musical side project released its first album in March of 2019 and that 12-track LP featured songs like “Banger On A Plane,” which was about making a song while traveling in the air, and “Melbourne, Australia,” which was about being in a hotel and wanting to go to the pool but seeing it occupied by strangers.

“I have memories of being in Australia,” says Toledo. “We got there and had a few days off. That was a blast, just hanging out in good weather. But we were all at the hotel and I said I didn’t want to go to the pool because girls were already hanging out there and Andrew wrote a whole song about it.”

The band’s satire continued through 2020 when it released its latest track, “GUS,” which is an eclectic eight-minute track that almost reads like a mini EP. But, of course, music isn’t the only source of output for 1 Trait Danger. The band, thanks to Katz, also releases video games. About a year ago, Katz and Toledo released a rudimentary game they called, Cossett’s World. And, this week, the band released its much more intricate and highly developed follow-up, Lombardi’s World, in which players try to defeat the label owner, who is portrayed in wolf form. (Car Seat Headrest is signed to Matador.)

“Obviously,” says Katz, “I have no beef with Chris [Lombardi]. He’s a great guy! Just the idea of him filling in for the stereotypical ‘evil’ label owner was a really funny stereotype to us.”

Though Katz, along with a second programmer (Emi Schaufeld), was responsible for the game’s content, Toledo says he also had a prominent role in direction.

“Mostly,” Toledo says, “when he was working on something, I’d be sitting in the background and telling him that it wasn’t funny enough.”

The idea for Lombardi’s World, Katz says, was rooted in Car Seat Headrest’s joy of escape rooms. The popular puzzle rooms, in which players try to figure out how to “escape” by solving a given challenge using clues, has historically been one way the band spends their afternoons in new cities before finding the venue in which they’re slated to play for the night. Lombardi’s World, therefore, is like a series of escape rooms that players can navigate while assuming the fictitious personas of either Katz (in dog form) or Will (in bunny form).

While the music for 1 Trait Danger was often made in green rooms and hotels, the video games were done via painstaking programming. For Lombardi’s World, Katz brought in a second designer to help with the thousands of hours of coding work, which the two completed during quarantine. And there is hope that 1 Trait Danger will release more spontaneous music in early 2021, Katz says. Altogether, the project (both musically and the games) has provided a much-needed outlet in a time when more earnest projects have taken a forced backseat. Car Seat Headrest, which released its latest LP, Making a Door Less Open, in May this year, had to sadly miss out on the many professional opportunities that come with a big name release.

“It was a depressing experience, to be sure,” Toledo says, referencing the COVID-19 pandemic and resultant venue closings and tour cancelations. “Without being able to play live or being able to interface with an audience, it really undercuts the feeling that we had put out an album this year. It was very disappointing, but that’s just what happens. I assume this is going to be a once-in-a-life-time event.”

For Katz and Toledo, who met in Seattle via Craig’s List, the years of making music in bands (satirical and otherwise) have proven fruitful, despite the recent setbacks. The two longtime musicians have climbed the proverbial mountain together, playing tiny venues all the way to major ones and late night television spots. And while Katz is a gamer and Toledo isn’t, for the most part, their mutual respect for creativity, itself, is apparent.

“I’ve been playing games my whole life,” Katz says. “I always had instruments at my house and I always had video game consoles. I even won a Guitar Hero tournament in college. I’d never made a game before this – but I knew what kind of games I liked.”

“Realistically,” Toledo says, “if you’re a working musician, you get to do all these different things. Music provides a great amount of versatility. That’s why I’m really grateful to work in this medium.”

More Into Tunes?
Get the latest from Car Seat Headrest
Buy from Amazon 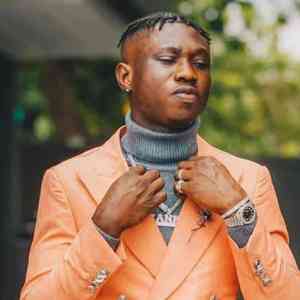 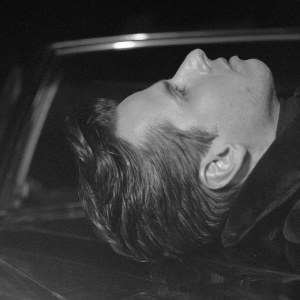