Ever since the early ’90s, Hanson has been an impressive force on the pop-rock scene. From producing their international hit “MMMBop” to competing in season five of The Masked Singer, it would appear that this band of brothers has done it all. Yet, their most recent project signals to Hanson fans that the cup of creativity still runneth over for the trio.

For their seventh studio album, Hanson is premiering each of the seven songs on the record, individually. “Annalie” and “Don’t Ever Change” have already made their debut, and today (July 2) the sweet and snappy “Only Love” premieres. American Songwriter recently sat down with Isaac Hanson, lead guitarist and bassist, to discuss the band’s latest single.

“This song is a really interesting, one because the song is all about the verses,” Hanson says, “because the chorus is a very simple thought— the chorus lyric is Only love is gonna save us now / Only love is gonna save us. I really struggled with that lyric as we were all working through the song, singing it over and over again… we completely finished recording the song and then had to change it because something just wasn’t quite right. It was because of the simplicity of the statements.”

Hanson continues to explain that the paradox the band faced was between the simplicity of the chorus and the complexity of love. “Love is probably one of the most complicated words in the English language because it has so many different contextual meanings or synonyms,” he says. “Love is often used in context to mean things like mercy or forgiveness or humility or sacrifice. The word does mean all of those things.”

The solution to the band’s conundrum was to add a tag after each verse to marry the chorus and verses together. The tag essentially clarifies the chorus and sets “Only Love” apart from the modesty of other love-centered tracks.

Walking back their creative process a step farther, Hanson explained that the song emerged from a single guitar riff, which launched the band into “Only Love.” That one sonic moment of inspiration became the driving force for the track, and opened up the song to new possibilities. When adding words to these movements, the band sang about a man leaving his family to chase a romantic interest. “So really, it was always a traveling song. It was always a moving song. It was always going somewhere on a search for an unknown destination,” he clarifies.

As a traveling song, “Only Love” has a particular flair for intense emotion and instrumental pairings. Yet, the track is also unassuming as it picks the listener up for a ride down the metaphorical highway. These freeing vibes are reminiscent of John Mellencamp and Bruce Springsteen intermingled with moments of Chris Stapleton, Hanson muses.

Overall, “Only Love” is a unique track that tells a story both lyrically and sonically. Listen below and watch the premiere of “Only Love”’s music video, which visually captures the band’s vision of a winding anthem for someone on the move. 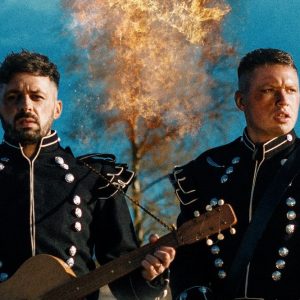 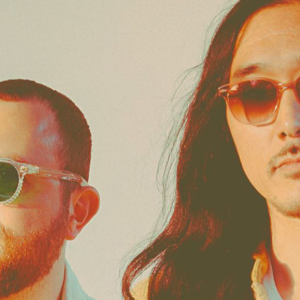