Hanson is often hard at work.

The Tulsa, Oklahoma-born band has been making music now for just about three decades. The group, which achieved a No. 1 single in 1997 with the track, “MMMBop,” is comprised of three brothers—Isaac, Taylor, and Zac. And ever since their hit found the airwaves in the late ’90s, the brothers have been producing song after song, album after album.

And that trend continues today with the group’s latest single, “Child At Heart,” which American Songwriter is premiering today.

But the news from the band doesn’t stop there. Not only is the band set to hit the road this summer (tickets moving fast) on a swath of dates, but the brotherly group has a whole new concept album in the works.

On Friday (February 11), the band has announced its newest LP (along with the single we’ve premiered), called, Red Green Blue, due out May 20. Three brothers, three colors.

Each of the members represents a different hue on the LP. Taylor is red, Isaac is green and Zac is blue. Comprised of 15 songs, each brother has five that they’ve completely written solo and co-produced with the legendary behind-the-scenes musical mind Jim Scott. Each brother is responsible for his part while Scott keeps everything cohesive. “Child at Heart” is written by Taylor and on March 11 the band will release Isaac’s “Write You A Song” and on April 15 they will share Zac’s “Don’t Let Me Down.”

“One of the great thrills of writing a song is the moment of initial conception, where the idea is born,” Taylor said of the new release. “This song was born on a day where I was pondering the many challenges of coming of age and growing up (I have kids from 19- to one-year-old). I was sitting with my youngest two children and felt an overwhelming sense of peace hearing my two-year-old son, Indiana, telling me all the things he hoped to do that day.

“The message is ultimately about staying hopeful and pure, in spite of the challenges life can bring, and as a songwriter, I love that you hear that message crystal clear from the very first word.”

So, now that you know its origins, enjoy the new song, upcoming LP, and tour (if you’re so inclined). And be on the lookout here at American Songwriter for more from the trio of Hanson. And, as always, enjoy the tunes, music fans. 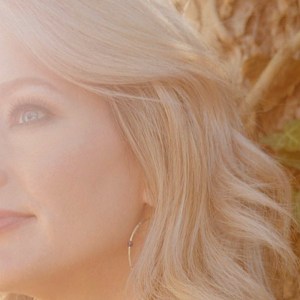