One of the hottest acts on Little Steven’s Wicked Cool record label is Kurt Baker out of Portland, Maine.

Following a pair of albums with his Madrid, Spain-based group the Kurt Baker Combo, the 33-year-old musician looks to his motherland for inspiration on the latest LP under his own name, After Party.

The album doesn’t hit record stores and online shops until October 23. But American Songwriter is proud to give fans a taste of the direction Baker is heading on After Party with the premiere of its lead single “Over You,” where his upbringing at the crossroads of AOR and Modern Rock is quite palpable.

“If it’s not The Beatles or Beach Boys we’re drawing influences from, then it’s something from the New Wave era,” Baker explains. “Donnie Iris is huge to us, as well as Boston, Nick Gilder, .38 Special, Tom Petty, New England, Starz, and Cheap Trick.”

That’s quite a combination of acts both obvious and obscure that helps to make the music of Kurt Baker, and “Over You” in particular such an infectious listen, especially for fans of groups like Weezer and The Strokes. And the expat certainly aimed for maximum effect when he put together the five-piece band to help him cut After Party in the basement of his parents’ house in Portland. There’s guitarist Wyatt Funderburk, who produced, engineered and mixed the record, also played guitars and co-wrote all the songs with Kurt during a four-day Maine hang in summer 2019. You also have keyboardist Kris Rodgers, who is now a successful Wicked Cool recording artist in his own right. Guitarist Geoff Palmer appears on loan from The Connection, while drummer Craig Sala once played with John Entwistle.

“The idea for the Combo was always to be a band that showcased my more Garage/Pub Rock/Punk side, while the U.S. group is firmly rooted in Rock/Pop/Power Pop,” explains Baker.

The video for “Over You,” meanwhile, is a total spoil of riches for any fan of 80s culture, all neon tubing, sharp camera angles and sleek, funky typography. Its a total trip to watch if you grew up with MTV on the television as a young youth.

“The first single and video from my new album is the track ‘Over You’, and i’m really excited about how it came out,” Baker tells American Songwriter. “I worked with a very talented director here in Madrid named Trash Diamond, who is well known for his great visual aesthetic, which in this case fits the song perfectly. It’s a vintage 1980’s telethon that reaches chaotic proportions when an anti-rock n’ roller wants to see it all go haywire. Big rock n roll riffs with lots of explosions! Woohoo!”

In the meantime, Baker–who rode out the thick of the COVID-19 pandemic quarantined in Madrid–is looking forward to being able to play out again one day. However, living in Spain during the age of Corona keeps Baker grounded in reality, and grateful for the release of his latest work.

“Even when I’d go for a five-minute walk to the grocery store, the police would stop me to question what I was doing and what I was going to buy,” he explains. “It was a bit surreal. One thing that saved me during the lockdown was that each day Wyatt would send me a new mix of the record. This kept me positive and excited.” 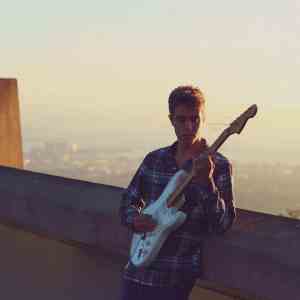 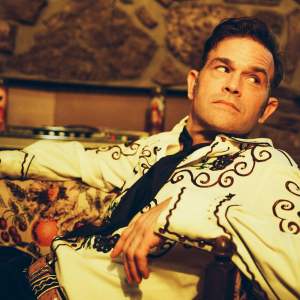