In the rising enclave of singer-songwriters emerging from the Oakland, CA music scene, Will Wolfe has been making waves as a one man band of sorts.

Following a productive 2019 with the release of his debut album Back Seat Drive, Wolfe wasted no time in putting together material for its follow up Something For Everyone, which he only recently released amidst a pandemic that brought the live music industry to a grinding halt and a country fraught with discord. Nevertheless, the young musician presses on as he releases the lead single from the new album, “Find Out For Yourself,” which American Songwriter is happy to premiere today.

“I recorded this song in my bedroom over Christmas break when I was back at home from college,” explains Wolfe in regards to why he wrote this luminous tune, which takes on a dreamlike quality in its melody. “This was a span of time when a lot of content from my album was made. “At the time I was feeling so back and forth about so many things in my life, and that really gave me something to write about, so cheers to the stress. This song came to me really fast both lyrically and melodically, but because I record and produce everything on my own it took a long time to bring it to life the way I wanted. However, once it took form I had loads of fun producing this track, especially that long bridge at the end, I was really able to get experimental. It honestly feels great to have fit bongos on the record.”

For Wolfe, songwriting isn’t so much an outlet for one to express feelings in a cathartic way but rather a physical vessel for the raw emotion with which he aims to convey in the immediacy of that moment.

“Basically all songwriters will say writing is a therapeutic experience,” he tells American Songwriter. “And it totally is. But I think rather than talking through your feelings in a song, and telling people how you feel, I like to just capture the feeling, and present it within the song. Some of my songs are definitely story based, but I like to see songs as their own separate moods. To me, great songs are a few minutes about a few seconds, and when I write I try to think ‘show don’t tell’ not only lyrically but sonically, as in I want to take the listener to a certain place, sit them down,  and show them something real.”

It is Wolfe’s hope that people will jibe with the message of encouragement and motivation expressed within its breezy Real Estate-esque jangle.

“I want people to feel free when they hear this song,” he says. “Everyone needs to find out what makes them happy, and despite what life does or does not agree with, push through and go after that thing. I hope people can take the same advice I’m trying to give myself in this song, which is really just to do what you love.” 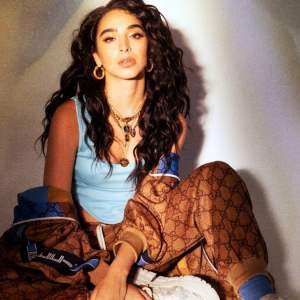 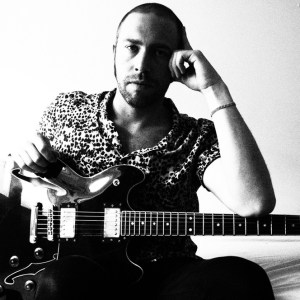