Happy Birthday Paul McCartney! To celebrate the iconic musician’s 80th, we’re taking you through his career from the Beatles, to Wings, his solo albums, and beyond.

Known for his melodic approach to bass-playing, McCartney is one of the most celebrated musicians of all time. His sound has evolved over his six-plus decades as a musician but one thing that remains the same is his ability to capture his audience with incomparable songwriting.

McCartney was introduced to music from a young age

A 15-year-old McCartney met John Lennon during a fateful performance of Lennon’s skiffle band, The Quarrymen. While setting their instruments up for the evening show, the band’s original bass player introduced the two future writing partners, telling McCartney to join in for a few numbers. Struck by his performance, Lennon asked McCartney to join the outfit permanently.

Later George Harrison joined the group taking over lead guitar. Though still playing as the Quarrymen, McCartney, Lennon, and Harrison created what would become the Beatles.

The name of the band was in flux during this period with the group playing under several monikers, including Johnny and the Moon Dogs, The Silver Beatles, and The Silver Beats. A friend of Lennon’s, Stuart Sutcliffe, joined the group to play bass and is often credited with coming up with the Beatles’ name.

In the late ’50s, it was difficult to imagine a band hailing from the relatively poor, small town of Liverpool could break into the bustling London music scene, let alone the rest of the world. The Beatles did just that beginning in the early ’60s, taking their homegrown success to a world eagerly opening up to the burgeoning phenomenon that was rock n’ roll.

After signing with manager Brian Epstein, the Beatles saw on a non-stop upward spiral, recording some of their first tracks like “Love Me Do,” “Ask Me Why,” and “PS I Love You.” It was also around the same time Ringo Starr joined the group, completing the enduring line-up of the Beatles.

By 1964, it was full-fledged “Beatlemania” worldwide, as the four mop tops dominated the U.S. and UK pop charts. The band’s first U.K. single, “Please Please Me” topped the U.K. charts – a streak that would continue throughout their career. Their career launched to new heights with an iconic appearance on The Ed Sullivan Show, where they played “All My Lovin,” “Till There Was You” and “She Loves You.”

Later they took a turn for psychedelia, releasing albums like Rubber Soul and Revolver. In this era of their career, the group took a step back from touring due to widespread backlash thanks to an off-hand comment made by John Lennon that the group was “more popular than Jesus.” A trip to India, took the group all the way into their trippy new sound on Sgt. Pepper’s Loney Hearts Club Band and Yellow Submarine.

Their final two albums, Abbey Road and Let It Be, balanced their new sound with their bluesy rock roots. Producing iconic tracks like “Come Together,” “Oh! Darling,” “Here Comes The Sun” and “I’ve Got A Feeling.” The two albums finished the group’s recording career, solidifying them as one of the biggest bands of all time.

Band On The Run

While pursuing a solo career like the rest of the former Beatles, McCartney also ventured out with a new band, Wings. Following the release of his album RAM, McCartney persuaded his wife Linda as well as some of the studio musicians who worked on the record to start a new group. In 1971, Denny Laine, Denny Seiwell, Paul, and Linda began working on their debut album under the Wings moniker.

Taking just two weeks to complete, Wild Life was a spontaneous debut album full of one-take recordings and songs that seemed more like jam sessions. The album wasn’t an instant commercial success, falling short of McCartney’s work with the Beatles.

Following the departure of Denny Seiwell and relatively new recruit Henry McCullough, Wings released Band on the Run. A critical triumph, the album topped the U.S. charts three separate times and was the biggest-selling studio album of 1974. The McCartney’s and Laine then brought on guitarist Jimmy McCulloch and drummer Joe English.

Their next two albums continued the band’s hot streak with Venus and Mars, producing the number one single “Listen to What the Man Said” and Wings at the Speed of Sound, featuring the iconic tracks “Silly Love Songs” and “Let ‘Em In.”

Their final studio album, Back To The Egg, saw McCartney reunite with the Beatles’ The White Album producer Chris Thomas. The success of Wings was a vindication for McCartney. With his first few solo ventures seen as “lightweight” compared to his work with the Beatles, Wings found worldwide success, with a consistent recording career and numerous world tours.

Before taking over the world with Wings, McCartney released two solo records, McCartney and RAM. A month before the Beatles’ swansong, Let It Be, he shared his first self-titled album, notable for the fact that he performed all the instruments and vocals himself, aside from some back-up from Linda.

Rich in experimentation, the LP saw McCartney take a step back from the often polished nature of the Beatles, opting for a spacier sound. RAM was similarly adventurous, seeing both the McCartneys take the No. 1 spot in the U.K while staying in the U.S. top 10 for five months.

In 1980, he released the second album in his self-titled series, McCartney II. Once again on the cusp of new music trends, he included heavy use of synthesizers and electronic beats. Same as McCartney, the new LP was recorded at a small at-home studio with Paul playing the majority of the album himself.

Following Wings split and the death of John Lennon, McCartney released the poignant Tug of War. He once again joined forces with frequent Beatles collaborator, George Martin, and included two duets with Stevie Wonder— notably their piano ballad “Ebony and Ivory.” Elsewhere on the LP, Lennon’s memory was etched into the somber “Here Today.” He sings, And if I say I really knew you well / What would your answer be? / If you were here today, dreaming of talking with his friend one more time.

McCartney released more than 20 albums throughout his continued solo career with his most recent LP being McCartney III Reimagined—an accompanied work to his McCartney III album, with ahost of famous musicians reinventing his songs. Across the album are the likes of Beck, Phoebe Bridgers, St. Vincent, Dev Hynes, Damon Albarn, and more.

Most recently, McCartney ended his Got Back Tour, which saw the iconic musician with a 13-city return to the stages before heading back to Europe for a headlining performance at the U.K’s Glastonbury festival. On June 25, McCartney will take the Pyramid Stage for the first time since his 2014 appearance.

A reissued box set of his McCartney trilogy is also set to be released, in celebration of his enduring solo career and his 80th birthday, which he celebrates today (June 18).

Throughout his time with the Beatles, Wings, and as a solo artist, McCartney has time and again proven himself to be one of the world’s most iconic and trailblazing artists with much more to offer the music scene in the coming years. 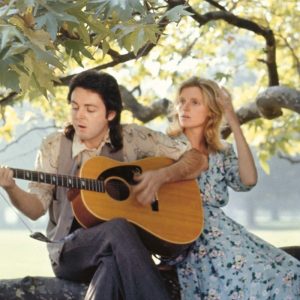 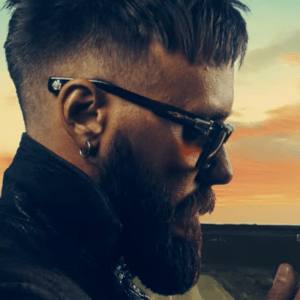