Pentatonix wouldn’t necessarily call themselves veterans. “I still feel like a newborn baby in the world,” quips Mitch Grassi. The a cappella five-piece as we’ve come to know them ─ sans original member Avi Kaplin, who stepped away from the band in 2017 and was replaced by the equally-talented Matt Sallee ─ hits their 10th anniversary this year. “It’s so weird to call ourselves veterans. It still feels so fresh and new,” chimes in Scott Hoying.

A decade ago, five wide-eyed and fresh-faced performers walked across The Sing-Off stage and became that year’s champions. Their covers of “Video Killed the Radio Star” by the Buggles and Florence + the Machine’s “Dog Days Are Over” sealed their fates, so it’s not too surprising they’ve become household names, releasing a slew of records including the much-celebrated PTX and 2015’s That’s Christmas to Me.

It feels special then that their second-ever original record, The Lucky Ones, out today, marks such a milestone. “Look how far we’ve come / And it was all so unexpected,” they sing, voices tangled as one, on the title track. “We were broke and we were young / But somehow we stayed connected.”

As unbelievable as it all is, it’s even more unbelievable how they keep out doing themselves. Across the 11 new originals, featuring contributions from producers like Johan Carlsson, Matthew Koma, and Dan Book, the vocals are tighter, more alluring and commanding, and the lyrics feel more honest and grounded. When you compare the record against their first original LP, 2015’s self-titled, it’s almost night and day.

“We see that first original record as something of the time. Now, this record is of our present. You can tell we’ve matured so much, emotionally, and we’ve really got our values in order on this record,” offers Grassi over a recent Zoom call. “It’s a very human record. We place a lot of value in relationships and love, not even just romantic, and compassion and self-awareness.”

The band rides quite the emotional wave, beginning with “Happy Now,” on which Grassi vows there’ll be “no more holding back / left that in the past,” to the sentimental closer “The Lucky Ones.” Reflective creatures by nature, the record sweeps up in a wistful, inward-facing whirlwind, perfectly capturing “this incredibly surreal experience” that has been their life, as Grassi puts it. “I love ‘The Lucky Ones’ at the end of the album,” he adds.”It’s such a beautiful moment of reflection and of gratitude for this really unusual and unique experience we’ve been on together.”

In between such introspective bookends, Pentatonix thread together some of their boldest and most provocative work. “Love Me When You Don’t,” written by band member Kirstin Maldonado, Book, Koma, and Fran Hall, may be their pinnacle as artists, containing their finest melody and knockout performances across the board. “When all my sanity’s gone / The demons are strong / I put you through hell / You know me too well,” Maldonado’s voice immediately entices you forward.

“It’s one of the only group songs on the album. It’s about leaning on that person that can lift you up when you’re not feeling so great about yourself. We’ve all been victims of that,” says Hoying. Furthermore, the goosebump-inducing ballad mines “strength through your personal relationships. That’s a theme that weaves itself through the record,” notes Grassi. “You don’t have to go through life alone.”

Naturally, Pentatonix have learned what it means to boost one another in times of turmoil ─ and when they need personal space. “We recognize we all need it from time to time. We’re very respectful of each other’s needs. And that’s something we’ve always been good at but we’re getting better and better as we all get older and mature,” he continues. “Taking time away to heal and to rest… we need a lot of rest. We’ve been grinding for a decade. It allows us to come back and fully immerse ourselves in the work.”

Healing lies at the core of the new record, as well. And they’ve done plenty of it, as they’ve risen out of “relationships with certain people that have gone sour,” says Hoying. “In our 20s, there was so much self-discovery happening and pain. That was scary. There hasn’t been anything too traumatic we’ve had to heal from, but just being in this industry is terrifying. Facing those emotions has been a big part of our journey.”

The Lucky Ones also offers a few reprieves, like “Coffee in Bed” and “Bored,” sultry numbers inspired by Hoying’s boyfriend. Never deliberately aiming for those lighter ear candy moments, the group, especially Grassi, was simply “feeling the music, and out of that, we crafted these lyrics based on the mood. That’s normally how I write music, anyway. I get inspired by the production.”

“It’s Different Now,” a plaintive power ballad, allows the band to get a bit “theatrical,” as Hoying describes, where “Side,” a wrabel co-write, hauntingly scurries along the darker, more razor-sharp edges of human emotion. “What I love about the song, aside from the musical elements and melodies, is how it creates this really heart wrenching sense of abandon and loneliness,” says Grassi. “It’s like you’re sitting in this giant, empty reverberant room, and you’re just reflecting on how painful things can be sometimes and how lonely the world can make you feel.”

And the world is certainly a lonely place. As we’ve seen over the last 12 months, lack of real, authentic human connection has provoked deep reflection and personal transformation. For Pentatonix, known for their explosive live performances you can’t get with any other act, such forced self-examination was a long time coming. “As much as we do enjoy performing and traveling, there’s no time to figure things out. We’re always giving so much,” offers Grassi, taking a deep-chested breath. “In a way, it feels as though our break came at a good time because we’re all in our early 30s, or just about, and this is the time when you really figure out what you want in life.”

So — what does he want exactly? Grassi, who turns 29 this summer, takes a minute, collecting his thoughts. “I want to sit into my sense of self, and I want to be able to utilize the gifts I’ve been blessed with and bring joy, peace, and healing to others,” he says. “That’s something that Pentatonix can attest to. We’ve heard countless stories of touching people’s lives and making days better. That’s why we do it.”

Hoying finds himself wanting many of the same things, quickly adding: “I want what we all want, which is to feel a sense of purpose and feel like I’m going something to make the world a better place. That’s why I’ve fallen so deeply in love with this group.”

The Lucky Ones bottles up every single sleepless night and showcases not only how far they’ve come since their singing show days but their continued efforts to deliver top-notch pop music. They are unafraid to take risks, and it shows. In fact, that’s one piece of advice Grassi would give his younger self. “The thing about the music industry is that it tricks you into thinking there’s only one way to do something and to make art. That’s not true,” he reminds. “All of the greats, they’re great because they’ve taken risks and changed the game forever.”

Whether it’s luck (and they’ve had tons of it) or divinity, “so many little planets aligned,” offers Hoying, to keep Pentatonix going. “It’s impossible not to believe in luck after watching our journey. It’s really wild to think about. Hard work, dedication, and motivation are all really important, but there’s always a little luck involved.”

Obviously famous for their propulsive, potent cover songs, from their “Evolution of Music” compilation to versions of Imogen Heap, Katy Perry, and Kelly Clarkson, they offer a final word on their all-time favorites. “I’ve always been so proud of our NSYNC medley,” says Grassi. “I love all those songs. Not to toot my own horn, but I do think we did a fantastic job, arrangement-wise.”

For Hoying, it’s their adaptation of Leonard Cohen’s “Hallelujah” that holds a special place in his heart. “I remember the first time I heard the first mix. I was on a plane, and I was so emotional. I knew how special it was.”

The Lucky Ones is nearly as special and signals an important marker in Pentatonix’s already illustrious career. The record is out now on RCA. 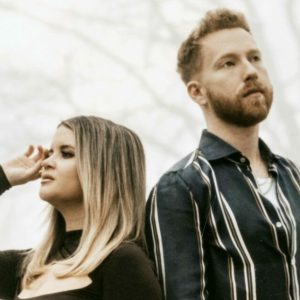 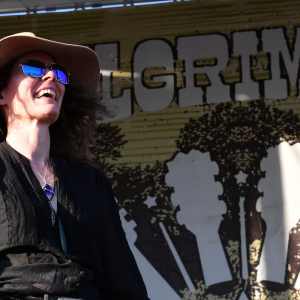