Two years ago in Memphis, the 24th annual International Folk Alliance Conference celebrated Woody Guthrie’s 100th birthday. This year in Kansas City, the 26th annual gathering honored the spirit of Pete Seeger, who shared Guthrie’s messages with so many generations before his Jan. 27 passing at 94.

With musicians traipsing around the host hotel like wandering minstrels, strumming instruments and singing message-laden songs for anyone who would listen, this conference truly embodied that spirit – and the art form Guthrie and Seeger popularized.

Even former Vice President Al Gore, who gave an hour-plus climate change presentation, invoked Seeger with his exhortation to “rise up and spread the message” about global warming’s dangers.

“Write a song about what is right, and what is wrong. And then sing it all over this land,” he ordered.

Amid calls for making May 3 a national service day in Seeger’s honor and preliminary plans for a four-day celebration in July, Thom Wolke, who was at Seeger’s side as he passed away, noted, “The way to memorialize Pete is just to carry on his music.”

The Feb. 19-23 conference, which filled the Westin Crown Center Hotel and parts of the attached Sheraton, was all about the nuts and bolts of doing just that. Workshops and panel discussions, films, a trade show and the conference’s first Winter Music Camp instructional sessions filled each day; official performances and “private” in-room showcases on three music floors filled each night. The latter carried on until 4 a.m. in some rooms, and even later behind closed doors.

Most artists performed at least one official showcase, then traveled among such hot destinations as the Wine & Nut Room, hosted by Amy LaVere, Will Sexton and BettySoo; Jenni Finlay Promotions’ and Catfish Concerts’ Listen Up! room; Eric Brace and Peter Cooper’s Red Beet Records room; and the Oklahoma Room, where one of the conference’s biggest attractions, John Fullbright, performed a set of songs written by fellow Okies between repeated appearances in the aforementioned rooms.

In the Red Beet room, Jim Lauderdale cracked up the crowd and sang a cappella; in Steve Poltz and Andrew Pressman’s Sanctuary of Jamz room, Tim Easton teased his host, Kim Richey harmonized with the sisters of SHEL and first-time attendee Willie Nile delivered yet another knockout set with bassist Johnny Pisano. The Listen Up! room hosted daily tributes to Townes Van Zandt in addition to evening appearances by up-and-comers such as Jess Klein, Kevin “Shinyribs” Russell and Parker Millsap. Jon Dee Graham and his 14-year-old son, William Harries Graham – the conference’s youngest-ever showcasing artist – made the rounds, as did Kevin Welch and his son, Dustin.

Folk label Red House Records celebrated its 30th anniversary with a showcase featuring Eliza Gilkyson, John Gorka, Carrie Elkin, Ray Bonneville, the Bills, Danny Schmidt, Michael Johnson and Claudia Schmidt. BMI’s showcase went from revered veteran Tom Rush to venerated young talent Sarah Jarosz, with the Black Lillies, SHEL, the Roys and Irene Kelly in-between. A Kansas City night was highlighted by ‘70s icons Brewer & Shipley, whose harmonies and humor still shined. Discussing their biggest hit, “One Toke Over the Line,” they proudly noted it got them labeled “subversive” by then-Vice President Spiro Agnew. They also bragged they’re “the only guys in the entire universe” who can lay claim to having the same song performed by both Jerry Garcia and Lawrence Welk – who unwittingly interpreted the gospel-flavored pot-smoking anthem as a spiritual.

Traveling from Hawaii to speak and sign copies of his new autobiography, Wild Tales: A Rock & Roll Life, he told a packed ballroom audience that folk musicians are just like the original troubadours, “Going from town to town, letting people know the emperors have no clothes.”

From Guthrie and the Weavers to Seeger and beyond, he said, “We really have a duty … to speak truth to power.”

He also said musicians “have a solemn duty not to waste your time” – the one commodity not even the top 1-percenters can buy, despite their “fucking fortunes.” Nash, who became an American citizen 30 years ago, said he still believes in sticking up for the underdog, just as he did when he joined Crosby and Stills.

“I wanted to change the world, and I knew that we could do it with that sound,” he said. And it doesn’t matter if a song is rock, rap or folk, he added, as long as it delivers the message.

“It all comes back to the basics,” he said. “You have to start with a good song.” Forget about awards, he insisted. “The only thing you should be doing is writing from your heart.”

Then he sang “Back Home,” a song co-written with Shayne Fontaine about Levon Helm, into which he elegantly inserted quotes from “The Weight.” He followed it with “Deportee (Plane Wreck at Los Gatos)” and “Teach Your Children.”

Nile also sang a song for Levon, “The Innocent Ones,” and during his Sanctuary of Jamz performance, commented, “This is a scene, man. Pussy Riot should be here.” Then he talked about how affected he was by the 2007 documentary, {Pete Seeger: The Power of Song,} and sang his own “One Guitar.”

“It’s about what one guitar and one voice can do in the world,” he explained in his introduction. “I still believe in the power of song to help change the world.”

And at 2:09 a.m., he had a packed room full of fellow artists and listeners clapping along in Seeger’s memory, energized by that song’s power – and the idea that, as long as people are around to listen, a songwriter’s pen can indeed pack more punch than the mightiest of swords. 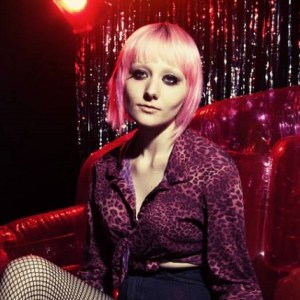 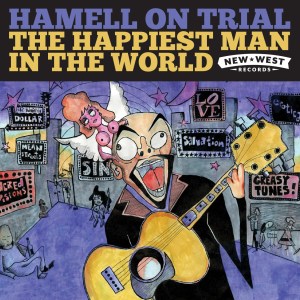