Princesses of the Christian land of Abbieannia, The Vivian Girls band together and battle against the varied monsters of child enslavement, often succumbing to torture and death. This was one of artist Henry Darger’s worlds, in art, and in words. Known as one of the preeminent outsider artists, Darger presented the struggle of youth, a reflection of his own traumatic childhood, and mostly isolated adulthood. In 2003, French electronic musician, producer and composer Philippe Cohen Solal first came face-to-face with Darger’s work at the American Folk Art Museum in New York, and was reintroduced to the artist again in 2006 during exhibition at La Maison Rouge (The Red House) in Paris, the first Darger exhibition in France.

“I was really blown away,” says Solal. “It was a visual shock and I directly fell in love with his art, even though I didn’t know anything about him. When I left the exhibition, I was really inspired by what I saw, not only the visual, but all the words which were written on the paintings themselves, on the collages and in the art.”

Reconnecting with Kiyoko Lerner—Darger’s former landlord, who unearthed his art and other works with her husband, photographer Nathan Lerner—after Darger passed away in 1973, Solal visited her in Chicago. At the time, Lerner was still living in the house attached to the one where Darger lived on Webster Avenue, where she shared more of the artist’s collection with Solal.

Initially conceptualizing a project around children’s music for adults or something relevant to Darger’s recurrent child-like perspective, after learning that the artist also wrote completed songs, Solal decided he would put them to music. Switching gears into something more experiemental, in 2015 Solal began collaborating with Mike Lindsay of the folk group Tunng, crafting arrangements around Darger’s lost songs on Outsider (¡Ya Basta! Records), which was released April 12, also marking the day Darger was born in 1893.

“Henry’s work is so special, and even after so many years of working on the project I still don’t have all the clues,” says Solal. “It’s still a mystery. There are so many mysterious layers in his art, in his books and in his words. I continue to understand, or try to understand, his world.”

Splitting the lyrics between himself and Lindsay, both composed melodies and arrangements around each in their respective studios—Solal in Paris and Lindsay in London. By April 2015, they met in a studio and began working on five tracks together for a limited release around a Darger exhibit at the Musée d’Art Moderne in Paris.

“After doing these five tracks, we couldn’t stop, so we decided to do the album and asked Kiyoko and one American biographer Michael Bonesteel, a great specialist of Henry Darger… and ended up finding more songs that he wrote,” says Solal, “and that became the Outsider album.

“The important thing was to create musically what we were feeling, without betraying Henry Darger,” he says. “We thought it will be true to do some pop songs, but to make it experimental, like experimental pop songs, and in this way we may be faithful to what he was doing, because it’s within his culture. It’s pop culture.”

Darger’s visual art often referenced the pop culture he found in magazines and commercials, duplicating them, tracing them and and recreating paintings, even drawing lyrics from church.

On opening track “Who Will Follow Angelinia,” Darger adapted the church hymn “Who Will Follow Jesus.” An avid churchgoer, his diary revealed he went to church three to five times per day. “He wrote, ‘Today, I’ve been to five masses, because I was upset with God,’” says Solal. “He had a very strange relationship of love and hate with Jesus and God, so he was sometimes blaspheming them and after he was of course, feeling guilty, so he came to church, to apologize, and to pray.”

Experimenting with pop music and twisting sounds from the ’50s, ’60s and ’70s, or sounds sampled from a 1940s gramophone, Outsider also features vocalists Adam Glover and Hannah Peel and is a glimpse into the reclusive artist’s world. A sermon through Darger’s art and words, Outsider bursts open on “Who Will Follow Angelinia” and “Hark, Hark My Friend, Cannon Thunders are Swelling,” through a more somber instrumental paying homage to Darger’s home on “851 Webster Avenue” and delicate pop drips of Peel on a very mod-modeled “We’ll Never Say Goodby” through the steadied march of “Scattering the Fierce Foeman.”

“All the sound was the texture of the album, but the spine of the album are the songs,” says Solal, who along with Lindsay had a USB of Darger’s art playing across a screen as they composed the music around each song. “Sonically, we tried to make it sound raw and rough, not too shiny or clean because his art is not shiny and clean at all. Henry’s art is very messy. He was an amazing colorist but not a fantastic drawer, and that’s why we wanted to do something musically which will be a bit flamboyant, a bit baroque.”

The mostly reclusive Darger, who would take local janitor jobs, generally stayed in his room, creating art. “This man was self-confined for nearly his entire life,” says Solal. “He stayed in his tiny room in Chicago and he created there. He was completely dedicated to his art and his writing, and he created his own world that he didn’t show to anyone.”

Referencing today’s society, and incessant broadcasts on social media, Solal says Darger was the antithesis of Facebook and other platforms, yet still reflected outside life while living in isolation, something Solal believes was a result of his traumatic childhood. After the death of his father, Darger was sent to orphanages and was committed to a cruel asylum for “feeble-minded children,” where he was often mistreated and even tortured.

As an adult, his trust lie solely in children, who were often depicted as the warriors, like his Vivan Girls, and all that is innocent and good throughout work. “He was opposite of what we are today,” says Solal. “We are living where everybody’s hunting for likes and to be liked and to have so many friends, so it’s very interesting to see an artist doing art for art, not to be loved or to be liked. It’s fascinating to see someone who is doing art by necessity.”

Upon Darger’s passing in 1973, Lerner put the following epitaph on his grave: “Henry Darger, Artist, Protector of Children.”

“That’s why I think he didn’t want to show his art to anyone, because he was scared of what people, adults, would think of him,” says Solal. “His art is very special, because it looks very naive and cute from the outside, but if you go in deeper some are terrible because there are torture scenes, which is absolutely possible from what he experienced.”

Today, Darger’s influence has crossed medium and art, inspiring artists like Grayson Perry, David Byrne, Nick Cave, Sufjan Stevens, and many more. “We will never solve Henry Darger’s mystery, because he is dead now, so we cannot have those keys to enter his world,” says Solal. “What is interesting about Darger is what he inspired in other artists and in other people. There is something still so inspiring in his world, and that’s why we did Outsider.”

Accompanying the album is a world map, where viewers can visit different Darger exhibitions around Europe and the U.S., and a 30-minute film around the songs, directed by French animator Gabriel Jacquel. “He is a very good artist, but I had to specifically ask him to learn to undraw, to keep this technique closer to Darger,” shares Solal, who also says Glover, in a sense also embodied Darger in his vocals, and Peel represented The Vivian Girls.

“Even with Hannah Peel’s voice, which is so lovely and beautiful, Ike and I twisted it with some electronic tools or more than analog tapes to make it sound a bit ghostly and almost out of tune, strange, and not so precise, which is the opposite of what producers are doing these days,” says Solal. “We tried the opposite to be very imperfect or to be very experimental to make it sounds really bizarre in some ways, so that’s what we we try to translate to reflect what we were we saw in the art.”

Continuing forward, Solal says he’s deep in Darger’s world, and the scope of this album, hopes to bring Outsider to stage with a full visual presentation and has launched a podcast series featuring interviews with Darger specialists, including Bonesteel, Jim Elledge, Leisa Rundquist and other admirers, including Lerner and Grayson Perry.

“If this Outsider project brings more people to Darger’s art, that is all an artist can ask,” says Solal. “That will be pretty amazing.” 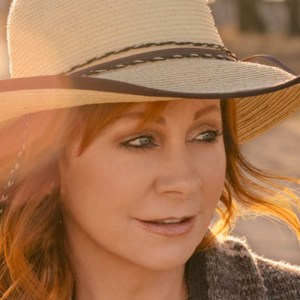 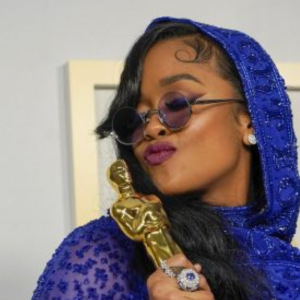