In February of this year, Phosphorescent (Matthew Houck) released To Willie, an 11-track Willie Nelson tribute album that has enjoyed much critical acclaim. In October, Houck (and his touring band) will join his idol onstage at Farm Aid. 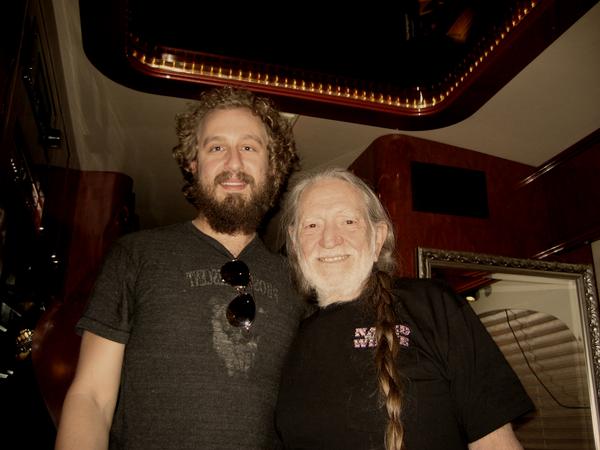 In February of this year, Phosphorescent (Matthew Houck) released To Willie, an 11-track Willie Nelson tribute album that has enjoyed much critical acclaim. In October, Houck (and his touring band) will join his idol onstage at Farm Aid. An event that has been an important benefactor for small time farmers for years, Farm Aid is now hosting what may be its most unsung act yet. Longtime organizers Dave Matthews, John Mellencamp,Willie Nelson, and Neil Young will mark their ninth consecutive year headlining the festival. Rounding out the lineup are Wilco, Jason Mraz, and Jamey Johnson (with more acts to be announced in coming weeks).

After three years in the northeast, Farm Aid will return to the midwest this year, where Nelson says the festival has “deep roots…that reach back to our first concert in Illinois in 1985.” The October 4 event will be held at Maryland Heights, Missouri’s Verizon Wireless Amphitheater. According to a press release, “the Farm Aid show will be the cornerstone of Phosphorescent’s fall tour that will primarily feature tour dates in America’s heartland.”

Houck could not be more excited about helping such a worthy cause with such a talented group of musicians:

“I’m proud as hell to have been invited to play at this year’s Farm Aid.  Phosphorescent is more than happy to join in their support for the independent farmer and for locally and organically grown crops. We agree fully with their opposition to the large-scale, corporate, “factory farm” system – which, in the name of profit, produces mostly genetically modified and/or chemically preserved junk – all the while exploiting the laborers who farm, package and deliver these items by paying them damn near slave’s wages. Of course, having the opportunity to lend our support by sharing the stage with several true legends of American music ain’t too shabby in itself…”

Nelson, too, is anxious for the music to start. The president and musical granddaddy of Farm Aid had this to say: “I’m looking forward to bringing my friends together on the Farm Aid stage to celebrate family farmers and the crucial work they do. Farmers do so much more than bring us the good food we all want to eat. America needs family farmers to revitalize our economy and make our country healthy.”

According to Rolling Stone, the family farmer is now more needy than ever. Farmers are calling in and requesting funding at an alarming rate, likely the result of  “credit shortages, falling prices and the sharp increase in costs of production.” Farm Aid, however, is pulling its own weight despite any economic hardships. When tickets go on sale July 25 (July 17 for Farm Aid members), festival organizers expect sizeable ticket sales and revenues. Since the first benefit 24 years ago, Farm Aid has racked in an astonishing $35 million.

If you aren’t lucky enough to nab a Farm Aid ticket, be sure to check out Bob Dylan, Willie Nelson, and John Mellencamp on their tour of minor league ballparks. Also, expect a tour announcement from Phosphorescent in the near future. 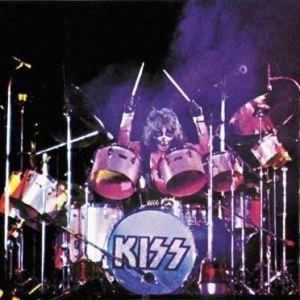 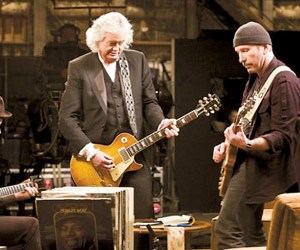