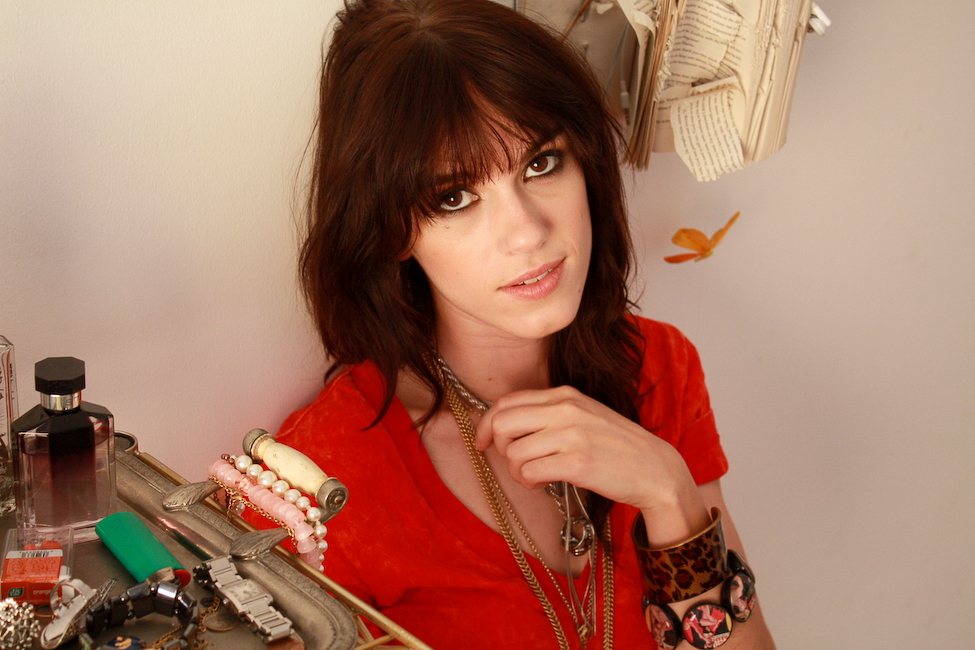 Bravo’s new songwriting competition show Platinum Hit can be summed up in one word: intense. Contestants are challenged to write new songs, usually together, as the clock ticks away, only to have their efforts critiqued mercilessly by judges Jewel and Kara DioGuardi. At the end of the night, one songwriter is going home. Cue the violins.

Still hanging on is Jes Hudak, an incredibly gifted singer-songwriter out of New York who’s been working at this for years. Hudak saw her new boyfriend Johnny get voted out a few episodes back, and now she’s in the final four with Nick, another talented songwriter, whose manic ego has rubbed many contestants the wrong way. We asked Hudak about creating art in this pressure cooker environment, whether she thought the judges were fair, and where she plans to go from here.

I’m a songwriter, and I do it for fun, but I don’t know if I would be able to perform under those time constraints. I’m so impressed that you and the other contestants could pull that off.

Yeah, it was quite an intense experience, but after completing it and shooting the whole thing I’m like, “wow. I survived that, I can do anything.”

Have you written many songs since then? Or did you need to take a break?

Oh my God, I just launched right into it. My brain was working in so many new ways after that experience, and getting that kind of feedback. Since we had those time constraints, it gets you in this kind of intense rhythm where you just want to keep doing stuff at that speed. So as soon as we got out of the show, I wrote like 30 songs. I started working on producing, I wanted to be able to make my own tracks to sing to, so I have just been going non-stop since the show ended.

Had you actually written with anybody before the show?

Yeah, I actually have been collaborating with other writers for a few years now… even when I lived back in New York, I would write with other people. And when I came out here to LA almost four years ago, I just started writing with all sorts of different artists and writers. I actually have a writing session today, I had an awesome writing session last night with another artist and it’s something that I really love doing anyway. Because other people bring some much different stuff out of you and inspire you in different ways and their brains work in different ways, and you end up coming up with something that, on your own, you would’ve never come up with. I’ve always loved writing with other people.

Have you written with anyone that our readers might know?

One of my friends that I write with all the time is a rapper actually who just got signed at Def Jam. His name is Wax and he’s an unbelievable lyricist and songwriter. He can write amazing music but he can also write crazy rhymes. Then one of my other friends, Keith Varon, who I’ve written with before, he’s in a new band called Stars In Stereo and he’s just a bomb songwriter.

Did you have aspirations to be on any other music reality shows before this?

Well, I actually did American Idol season 5 and made it through Hollywood week and I was in the top 50 for Rock Star INXS, but I did those back when I lived in New York, I was living there when I auditioned for both of those so I did okay. Made it through top 100 on Idol, top 50 on Rock Star but I really wasn’t ready for them—like I really didn’t’ have everything down that I wanted to do and all my goals clear until Platinum Hit came along and so when that came along I was like, “hey, this was made for me. I was made for this. Hooray.”

Do you think this Platinum Hit is harder than those shows? Or takes more talent?

[sighs] It’s so different like, Idol, when you audition, you have to fight to get any kind of camera attention—I made it through group week when I did it, and there’s like no footage of me at all. So many people go and make it far and no one ever sees them, whereas this was pretty cool because once we were picked for the twelve—we’re that twelve—like we’re in the intro, we’re interviewed, we don’t have to fight for camera time and exposure, we automatically get it. So just the fact that I made it to that final twelve is amazing. But overall I found Idol to be way more stressful and out of my comfort zone even though this was incredibly hard, I was just more prepared for it.

It’s mostly just being used to having cameras around and still being able to act like yourself—that’s mostly what it’s helpful for, just to be used to that sort of environment.

You actually started a romantic relationship on this show.

Oh, when you’re locked in a room with twelve people you instantly find who you get along with—very quickly that happened, and we just liked each other, hit it off. We were just on the same page, so it was cool.

Are you guys together currently?

[laughs] No, no, but we keep in contact and we’re friends and everything and when we’re in each others’ cities, we don’t live in the same city, we meet up and say “Hi.”

Watching that episode where Nick [Nittoli] and Johnny [Marnell] write the song together and Nick accuses Johnny of throwing the competition was crazy. Was Nick the person you have the most tension with?

Nick was just kind of like, awful, overall, all the time, so most people had a problem with him except for Scotty [Granger]. It definitely was a weird social experiment to have to be trapped in a room with him for extended hours [laughs] but I try not to let it bother me. But in that last episode I finally flipped out because he was trying to give me advice on writing lyrics. I’m like, “Oh are you kidding me right now? I’m not about to listen to you talk about lyrics. You are terrible.” So I just totally lost it. But in general, he didn’t really get to me.

So you say he’s a bad lyricist; do you think he has any good qualities, songwriting wise?

Sure, I guess so [laughs]. I don’t like to talk about him too much because there’s much more important things in life than Nick Nittoli, I find. But he was fine to write with, he wasn’t an issue in the writing room or anything he was fine to get along with so, I think he mostly just needs a hug.

When I was watching the last episode, I thought the “Kiss the Flame” song that you guys came up with was a really great song. What is your assessment of that one?

Whew… that was the hardest episode for me to watch just in a lot of ways, I’m sure you can see why [laughs]. But it was hard for me because I had been just keeping to myself, just trying to focus, and I just kind of lost it. The week before, we lost to “Stranger to Love” by Brian [Judah] and Sonyae [Elise] and I loved that song I was like, “Yes, your song beat ours, that song is amazing, I love that song.”

So the next week when “Reign” is up against our song, I was like, “I hate that song. I thought it was terrible, I thought it was a mess, I didn’t like anything about it.” So I was just being honest in that moment, like, “What’s happening right now? Our song is so much more of a song than yours…”

It must be hard to be critiqued for something that’s so personal and ephemeral.

It is hard. I feel like other people may have taken it harder though, because I kind of thrive on feedback, so I want to know what I could be doing better. It might hurt in the moment, or sting, but I really just want to be the best songwriter that I possibly can be. So I’m gonna take that feedback, try not to take it personally, and I really was able to grow more each week instead of being just devastated and stuck in a rut. 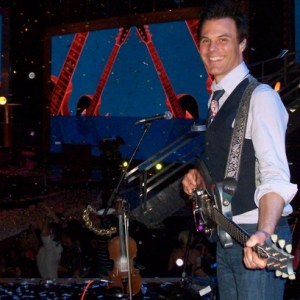