Undoubtedly the best songs come from personal experiences. Songs written honestly from the heart, whether they are uptempo paeans to a rollicking good time or poignant ballads that explore life’s heartbreaks, are the ones that not only linger on the charts, but in the collective consciousness of all those who hear. Personal experiences can be made universal by a good writer with the ability to communicate with his audience.

Bret Michaels, lyricist and lead vocalist for Poison, is a writer who believes in living life to it’s fullest and channeling those experiences into his music. Michaels has penned numerous hits for the popular rockers including “Something To Believe In,” “Unskinny Bop,” and “Every Rose Has Its Thorn” as well as songs for Stevie Nicks, Tuff, and Susie Hatton.

Though some singer/songwriters find it difficult to write while on tour and only write when they are off the road and have an impending album project, songwriting is as much a part of Michaels’ day as breathing. “More than anything I like making music,” Michaels says in a phone interview from his Los Angeles home. “After sound check we’ll start fiddling around with stuff and it’s a great time to work on songs and get ideas.”

Michaels believes in putting the song down while the inspiration is fresh and says a lot of his material is written after a show. “I like to write late at night,” he comments. “When we come off stage, and after we have the backstage party, we get on the bus and there’s about an eight hour drive. While we’re on the road usually something will happen. A lot of times it will be a song like an “Unskinny Bop.” A feeling for a song like that can come from having a great party, being in a great mood, feeling good and you get on the bus and writ it in that way. Other times people backstage or something can be disturbing and something can give me an odd feeling. At night I sort of collect everything from the day.

“Every Rose Has Its Thorn” was written in a destitute hotel in Dallas, Texas. With “Something To Believe In” I wrote that late at night after a friend of mine passed away a couple of Christmases ago. I was at my mom’s house for Christmas when we got the call and it was late at night. That really affected,” he says as his voice trails off.

A native of Pittsburgh, Pa., Michaels began writing songs at 15. He says his first composition was a tune called “Crystal Lake” that was heavily influenced by Bob Seger’s song “Night Moves.” Though he admired other writers’ work, he learned to develop his own voice as a songwriter and honed his skills performing original material in a local band. He got his first cut and first taste of success when a song titled “Up the Hammers” won a Rock to Riches contest in Harrisburg and was placed on an album promoting contest winners.
He moved to Los Angeles in 1983, met C.C. DeVille and fellow band members Rikki Rockett and Bobby Dall, they began pounding the pavement in search of publishing and record contracts. Having created a powerful buzz around town based on their energetic live show and impressive original tunes, the band landed a deal with Enigma/Capitol. Their first album, Look What the Cat Dragged In, spawned the top ten hit “Talk Dirty To Me.” Their sophomore effort, Open Up and Say..Ahh! yield four hit singles including “Every Rose Has Its Thorn” which went to number one.

The band’s third and current disc, Flesh & Blood has continued the momentum with hit singles such as “Unskinny Bop” and “Something to Believe In.” “The music and the lyrics cover all three bases, from the hip to the heart to the head,” Michaels says describing the tunes on Flesh & Blood. “For us, the rock & roll is more than three chords. It’s something that actually is your life and you’re telling a story in your music. It’s almost like an autobiography.”

Each member of Poison contributes to the songs which Michaels says keeps the ideas flowing. They have an eight track recorder in their bus and, according to Bret, some their best songs have resulted from late night jam sessions. When reading the credits on their disc it just says “all song performed, written and arranged by Poison.” Though Michaels contributes lyrics and the other band members collaborate with him on the music, no one is singled out for contributing more or less to individual tunes.

“Everyone has a say,” Michaels states. “It might be me or C.C. who come up with the main riff or main melody, but Rikki and Bobby contribute just as much…No one makes any more or less than any of the other guys cause we split everything one way—and that’s four ways.”

Michaels says this democratic arrangement makes for a more open and creative atmosphere when the band is co-writing. No one holds back any good ideas or riffs because they all share in the profits and the glory.

“It’s tough to collaborate,” admits Michaels, because “if you get something in your mind and you want it to be a certain way and someone else sticks in an idea, it throws you a little. I think that collaboration comes from a time of knowing each other. For me it’s knowing when to shut up. It’s knowing when to say ‘ok Bret, you’ve said everything you need to say; this is how you want it to be. Does anyone else have anything to say?”

“Then C.C. might say ‘this is really good, but I don’t like this part’ and maybe he’ll come up with something better. And vice versa, if he’s written something I may make suggestions. It’s really learning to listen to someone else, which is tough to do when you have real strong ideas. Lyrically I’ve been blessed because no one else in the band writes lyrics, but for the music we all work together and make it work.”

Though Poison is a priority, Michaels also writes and produces songs for other artists. “It’s hard to create for someone else. It’s hard to put myself in someone else’s shoes,” he explains. “I have to write for me and then give it to someone…but even that’s hard to do. I tend to want to keep my songs for myself.”

Stevie Nicks recently cut a Michael’s tune called “Love’s a Hard Game to Play,” which will be one of the new tracks on her upcoming greatest hits package. He co-wrote Susie Hatton’s new Warner Brothers album, Body and Soul, and also penned a tune titled “Wake Me Up” for a new Atlantic act called Tuff. In addition to writing, he also produced the cuts for Stevie and Susie, and says when his schedule permits he prefers to produce songs he writes for other acts because as producer he knows the finished tune will remain true to this original vision of the song.

“One of the best things about songwriting is when you work with people who are really talented, like Stevie and Susie, you can get into the beauty of watching them bring your song to life,” he enthuses. “It’s a great feeling.”

Talented songwriters seldom limit themselves to one musical genre and Michaels is no exception. During a recent trip to Nashville he took his guitar and played some tunes for Jimmy Bowen, head of Capitol Records in Nashville. Impressed wit what he heard, Bowen asked Bret to send a tape.

Michaels is excited about the possibility of having his songs cut by country artists as he has always appreciated the lyrical integrity of country music and its emotional impact on listeners. (He cited the song “Feed Jake” by Pirates of the Mississippi as a tune he really likes.” Bret says he plans to demo his country tunes and is looking forward to working with different instruments such as slide and steel guitars.

He’s also excited about Poison’s live album which is slated for an October release. It will include four new tunes as well as old favorites. In addition to writing with his bandmates, Michaels says he also plans to get together with Diane Warren to collaborate.

When asked the difference between a good song and a great song, Michaels replies, “Certain songs have a great hook, but they don’t have the emotion and the hook.”

Bret Michaels is passionate about the craft of songwriting and when asked if he had any advice for American Songwriter‘s readers, the enthusiastic young rocker had several comments. “One of the best things to do when you’re writing a song is to record it right away,” he advises. “I’d give anything to get back some of the stuff I’ve forgotten. When you’re writing a song, write exactly how you feel when something is going on. Write it down then because if not, you might lose it, or if you wait too long sometimes it just gets kind of generic.”

Michaels also wanted novice writers to know that it’s nice to hold onto your publishing if you can, but if you sign a publishing deal, that’s alright too. “When our publishing deal came along we snapped it up,” he says, remembering the band’s lean years. “It’s a catch 22. Right now we’d like to have all the publishing on those songs, but if we hadn’t signed that deal we might not be where we are now.”

The point he wants to stress most to new songwriters is to write from the heart and not let anything get in the way of the song. “When you’re writing a song, don’t worry about who might record it or how much money it could make, write exactly what you feel,” he says. “I think that’s the beauty of songwriting. I wrote songs before I was famous and I’ll be writing songs long after I’m famous. The thing about music is to enjoy it. You can go anywhere with it.” 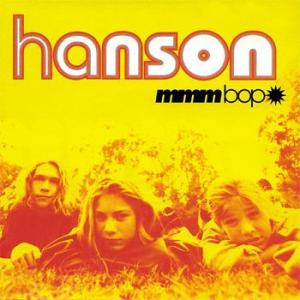