Everybody’s fine living in anger / From sunset to dawn they’re takin it home / And the fields on fire to wake up the ghosts / And our hearts know why freedom is gone. “Big Love” sets the scenic path of Lauren Monroe’s Under the Wolf Moon (Cherry Bomb Records). Originally written during the presidential election in 2016, “Big Love” rooted the album, also featuring Monroe’s husband Def Leppard drummer Rick Allen on all 11 tracks, and its narrative of empowerment and enlightenment through darker times.

“It really highlighted the divisiveness and the division in America that was always there, but was now being brought to the surface,” says Monroe. “I was really moved to write the song as a reaction based on my own experience, and that what people really need is love. When people are angry they’re afraid, and love seems to be the answer.”

For Monroe and Allen, who also founded the Project-Resiliency’s Raven Drum Foundation Project Resiliency.Org, Under the Wolf Moon penetrates all challenges of life, a restorative reprieve of reflections on “Lie” to uplifting “Get Happy” or “Give,” soothing passages of “Joshua” through “River of Rain” and closing “Now.”

Monroe, who is also an artist and teacher of energy healer for more than 20 years, says music is the best medicine, and writing rarely comes from routine. Sometimes a song builds off the guitar or a rhythmic drum beat she created. “I’m open and when the song comes, I listen and I channel it and start working on it,” says Monroe. “I have always been really open to however it comes—ready to catch it.”

Allen adds, “It’s so refreshing. She’ll just take a drum rhythm and start creating a song around that, before there’s ever any music. It’s just a jam or a rhythmic idea that inspires a chorus or a vocal line of some sort, and before you know it, she’s putting music around it.”

“Get Happy” was one track written using a drum loop. “It was so fun to see it come to life with all the instruments and after singing acapella over the drum rhythm, we just started building it that way,” says Monroe.

“Once we put the horns on there, and the baritone sax, I remember just sitting in the car, listening to it, and every time the baritone played, the two of us would just giggle,” shares Allen. “We just laughed because it sounds so cool.”

“When I play with Def Leppard, it’s the electronics competing with big, loud guitar sounds, whereas, using acoustic drums and percussion in the studio was a way to create more textures,” says Allen. “It was just a different way of being able to express myself, so it was really refreshing, because that’s what inspired me when I first started playing. I love the idea of being able to sit on a drum kit you don’t have to switch on… you just play.”

He adds, “Lauren brought all the songs to the table, and I felt my job was to help to punctuate those songs and present them in the best light possible.”

After producing Monroe’s album The Freedom Sessions in 2008, working on Under the Wolf Moon was more of a learning experience, says Allen. “It’s going from doing everything to almost taking a backseat and seeing how other musicians do it, which was an education for me,” says Allen. “It’s interesting the different ways that I could help improve my own playing.”

The foundation of Lauren’s writing comes from wanting to empower people to look into the difficult and dark places that they rarely talk about. “Once they’re seen,” she says, “then they can be healed.”

“The album is really a gateway into looking at the shadow as you’re holding hands with the light,” says Monroe. “It’s a directive to move towards something greater and more powerful, whether it’s unseen, or it’s something that you can put your finger on and see. I think that highlights the journey through the pandemic, and through life itself, because empowerment and healing is something that doesn’t stop after the doors open, and we’re able to be social again.”

After seeing music industry and touring professions losing their jobs and livelihoods during the pandemic, and a string of suicides within the backstage community the couple wanted to do something, and “Big Love” was the catalyst for the benefit concert they hosted January 2021. The Big Love Benefit Concert featured virtual performances by the couple along with Wynonna Judd, Billy Idol, Bret Michaels, Matt Sorum, and Allman Betts, and supported the Sweet Relief Musicians Fund, which provides financial assistance to musicians in need.

“We’ve always been a big advocate of suicide prevention, and when we saw this happening, in our own family, so to speak, we needed to do something,” says Monroe. “We could help the people that were involved in production have something to hang on to when it was dark, and people can start connecting with others during a very lonely, uncertain time.”

Working on the next Big Love live event in Northern California, Allen and Monroe are looking at D.C. and other locations for 2022, in addition to ways to expand their reach to veterans and suicide prevention programs.

“It’s all about showing people the doorway and how to heal, and music is such a wonderful place to teach people without teaching,” says Monroe. “You just let the music do the talking and create an environment where people can start feeling their hearts together and guiding them to go deeper.” 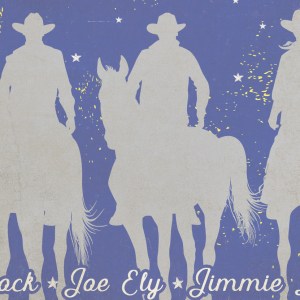 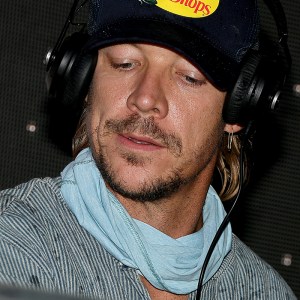