A lot of the elements that make pop music successful relate to it being catchy and familiar. As a songwriter, there are many ways to engender this feeling in listeners, to do with song structure, instrumentation, lyrical repeats, an upbeat tone, and so on.

However, one of the biggest ways of all is via the song’s chord progression(s). This means the chords chosen, and the order in which they’re sequenced, for the song’s main section or sections.

There are certain chord progressions that are steadfast stalwarts in pop music because of their catchy familiarity. The focus in this article is the I-IV-V.

This relates to the chords formed upon, and found at, steps I, IV and V in a major scale – the heart of Western music.

Let’s look at an example. Here’s the scale of C major, with each scale degree numbered.

If you don’t know how this scale of notes becomes a key of chords, now’s the time to go and do that reading. In short, a chord is formed at each step of this scale, and the chords follow a pattern of (from steps I through VII) major, minor, minor, major, major, minor, diminished.

Here that is in practice:

So – as represented by the bold text in the above diagram – a I-IV-V in C major equates to the chords C, F and G.

In D major, these chords would transpose up to D, G and A, and so on. Test yourself on other keys if you’re at all unsure.

Why Is I-IV-V Important?

Essentially, because these three chords are the three major chords inherent in the key. And whilst minor chords (and diminished to a lesser extent) have very significant roles in pop music, the major chord is king.

Music theory is discussed in terms of major scales, chords and keys, the major scale is the doh-ray-mi scale, the heart of all our earliest musical experiences, nursery rhymes, music education, and the majority of pop songs.

Major chords are particularly recognizable on account of their upbeat, bright, resolved, complete sound. (As opposed to the more sad, sagging, mellow sound of a minor chord).

It’s for this reason that they’re so important in pop – a genre which typically aims to be upbeat and happy (even if in a sad, ballad-y way). One thing’s for sure, if a pop chord progression comprises 4 chords, it’s infinitely more likely to consist of 3 majors and 1 minor, and not vice versa.

So I-IV-V is so important because this is the ultimate way to maximize the ‘major-ness’ of a chord progression. In that it is the only way within a key to write a 3 chord progression containing only major chords. Any additional chords must by default be minor or diminished.

It’s also worth noting that the standard 12-bar blues chord progression is made up of only chords I, IV and V.

Admittedly, in blues the chords themselves are often made ‘dominant’ 7th chords rather than standard majors, to give a blues-ier sonic edge. But not always, and even in these instances, ‘dominant’ 7th chords are major chords after all, and the heart of the music theory in question remains the same.

How To Expand On I-IV-V?

Before reaching this question, ensure you’ve fully got to grips with the concept of I-IV-V, both in theory and practice. Make sure you know what it equates to in any given key, and that whatever key you’re in, you know shapes for the chords in question in at least a couple of positions on the fretboard.

As for how to expand, ultimately there are infinite paths. However, the quick answer is by introducing chord VI from the key (also known as the relative minor). As per the chart above, this would be A minor in the key of C major.

The reason for this is theoretical and detailed. In short, this is simply because of all the chords in the key that aren’t the I, IV, or V, it’s the VI that is most related and connected, and therefore arguably fits best alongside the I, IV and V themselves.

The result – you then have 4 chords to play with, and an additional minor tinge. However keep in mind this is all hooked on the I-IV-V principle, so make sure you acknowledge its importance! 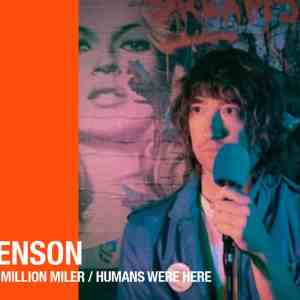 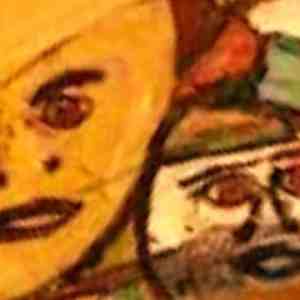