Together with American Songwriter and Sean Ulbs of The Eiffels, we had the pleasure of interviewing Tom Higgenson over Zoom video!

Born and raised in the suburbs of Chicago, IL, Tom Higgenson is best known as the lead singer of the Plain White T’s, most famous for their acoustic hit, Hey There Delilah. The band received two Grammy nominations for the song, and quickly achieved notoriety around 2006. More recently, the T’s released an independent record in 2015, American Nights, and a synth-heavy pop record in 2018, Parallel Universe.

The latter album inspired Tom to branch out on his own in a solo project he named Million Miler. His 80’s-inspired synth-pop tracks are straight out of Stranger Things or Back to the Future. Million Miler has released six singles so far, but keep an eye on him because big things are coming this spring….

Beyond TLB and Million Miler, the label also writes with Chicago-based dream pop duo Fairview and dance pop solo artist Jessica Jarrell, all of whom are signed to Tom’s record label, Humans Were Here.

Currently, Tom can be found hosting a weekly solo live stream on the Plain White T’s Facebook page, a show he has dubbed “The Wednesday Club”. Fans vote on a set list each week, from Grammy-nominated hits to no-longer-available deep tracks. 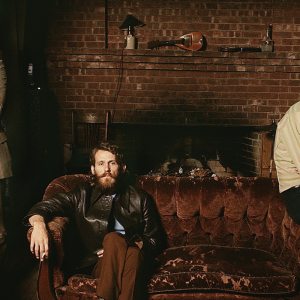 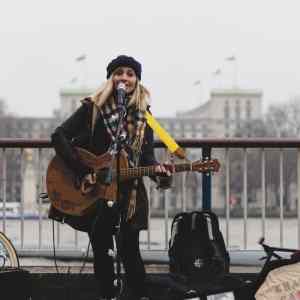