When Portugal. The Man’s Zach Carothers listens to the live Oregon City Sessions, he hears childlike wonder. “It’s like a poem you wrote in high school,” he tells American Songwriter over the phone from Los Angeles, in the studio for the first time in over a year. “It’s simple, selfish in the most beautiful way. We were doing whatever we wanted.”

Recorded over 12 years ago in a “gem” of a studio outside of Portland, the Oregon City Sessions timestamps an emerging band, surviving off white rice and occasional Taco Bell splurges. The supergroup began in Carothers and his co-founder, John Gourley’s hometown of Wasilla, Alaska. In December 2008, Portugal. The Man was merely two years into their journey with three full-lengths, one EP, and a couple of standalone singles with just shy of 500 shows under their belt. They arrived in the studio on the tail end of a tour with live gear and a handful of friends with handheld cameras. Longtime collaborator and filmmaker Graham (Baclagon) Agcaolli and engineer/mixer Jacob Portrait—who would later join Unknown Mortal Orchestra—came to assist in the documentation. There they performed a 100-minute set, one time through—no re-takes or overdubs.

As the genre-bending rock band has expanded their cult following, there is pressure to appeal more broadly. “We know how to do that more every time we make an album; there is so much to learn from every person we work with,” says Carothers. “But when you travel backward to when we were younger artists, there’s something beautiful about the blissful ignorance, just going with our gut.”

Their biggest hit, “Feel It Still,” from 2017 Woodstock (2017), is a testament to this intuition. The hypnotic track is the “easiest” song the band has recorded and tossed them into mainstream recognition overnight. The Grammy award-winning Best Pop Duo/Group Performance and five-times RIAA platinum-certified single reached No.1 on the US Alternative Songs—for a record 20 weeks—Mexican and Russian Top hit airplay chart and peaked at No.4 on the Hot 100.

With popularity came Portugal. The Man’s biggest struggle yet—balance. Sonically, they fight the urge to assimilate without falling into overthinking mode. “You take the things you know that work, pop math, and certain ways in which other people write songs, and you learn what works for you and what doesn’t,” he says. “A lot of artists are forgetting— and we did too for a minute there—you have to use your ears. People have always tried to put it into some kind of formula. There is one, but there isn’t. It’s all already in you; you know what to do. Humans have a good innate sense of direction. He adds, “The body doesn’t lie; your brain does.”

The pandemic allowed them to reconnect with those younger artists portrayed in the Oregon City Sessions. Carothers and his bandmates—Gourley, Kyle O’Quin, Eric Howk, Jason Sechrist, and Zoe Manville—haven’t spent this much time at home since they were teenagers. Cooped up in their separate spaces, creativity bloomed as perspectives shift on priorities, and they learned to simplify what it means to connect musically.

Carothers compared getting back on the road to his mom forcing him to play a board game. He explains, “I go from kicking and screaming, ‘please not Scrabble again,’ and then five minutes later I’m having the time of my life.”

Re-energized by their downtime, Portugal. The Man will follow suit with a more endurable pace than the exhaustive runs chasing “Feel It Still” around the world for the last three years. The artist discusses the general awakening brought on by the pandemic surrounding systems and shares, “Saying ‘that’s just how it’s always been’ doesn’t work for me anymore. We get to create the world we jump back into, the game we choose to play.” The band’s future tour schedule will include many more days off and room for more life experiences, including Carothers’s new fishing hobby. He adds, “That is sustainable.”

“The world burned out at the same rate as us, so we got a much-need break that didn’t fall on our shoulders,” he continues. “But, the bright side is we can get back out there and not do the same shit. Everything is changing, and we’ve got to recognize our role in that.” He adds, “Shit doesn’t change; people change it. If you don’t like the way it’s going, do something about that — it’s empowering.”

The band has been talking about sharing the shelved recording for years, but something about it felt “too intimate.” The Oregon City Sessions serve as a snapshot of a proverbial garage band moment. The raw footage captures aspiring young artists in a naïve light, unaware of the fame ahead or the millions of records they would sell.

“That’s what we do when we just have beers and sit around and rehearse,” says the artist. “We jam like that. We look at each other and communicate. There’s no performance or head banging, trying to be cool. It’s so primitive and pure. That’s what I didn’t realize was special about it until this year. We were always so concerned about what it was and if it had the right energy. But we took it at face value. It’s just us jamming together—exactly how it started, and in a lot of ways, what it still is.” He adds, “We’d like to get back to some of that.” 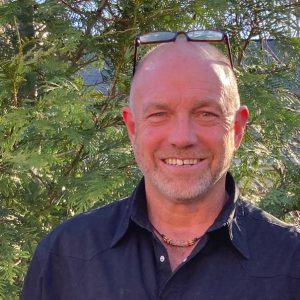 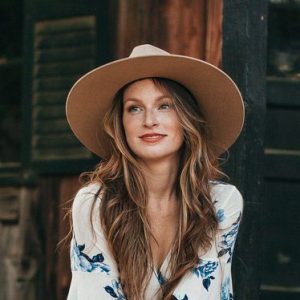