“I just always felt like it’s best to write from a place that you’re familiar with. Because anytime that I’ve tried to take an exercise in writing something from outside my own perspective, I’ve been pretty disappointed with the results,” John R. Miller tells American Songwriter.

The singer-songwriter and guitarist’s country-blues-tinged debut album, Depreciated— due July 16 via Rounder Records considers the value of self-discovery, and the cost of opening up old wounds for the sake of lending experience to his listeners. Writing something personal that resonates broadly, he says, “seems like a magic trick.” As a writing device, he feels the real trick is “just hiding the wires.”

“If you can somehow touch the quick with something that is very specific to you, I feel like that’s the ultimate goal or watermark,” he continues. “We don’t really have a whole wide lens perspective of everybody’s experience, but we can probably guess our common feelings when things happen to us.”

If there is a cohesion to the 11-track collection, Miller says it must be a “happy accident.” Yet, the lyrical threads traces all the way back through his journey upward from the Shenandoah Valley to the inception point—a small town in the Eastern Panhandle of West Virginia, near the Potomac River.

Recorded at the legendary Studio A of Sound Emporium in Nashville, Miller was ably backed on the sessions by Adam Meisterhans—who contributed guitar and production, co-producer Justin Francis on congas and Wurlitzer, John Looney on mandolin, Jonathan Beam providing bass, Russ Pahl’s shimmery pedal steel, John Clay on drums, and Robbie Crowell playing the Wurlie and Hammond B3. Operating as a well-oiled machine, Miller and his team managed to derive shimmering moments of hope from a disparaging narrative of losing value over time. Throughout the album, Miller’s lyricism champions the subjective nature of things, always choosing to see what he has gained.

When he was 14, Miller joined his first band. The punk quartet circulated their tight-knit DIY scene in West Virginia, renting out church halls and Ruritan clubs to put on shows until they were old enough to perform in bars. The transition from punk into more traditional country/folk music in his early 20s was surprisingly natural. His shift began when Miller was introduced to Ben Townsend — a fellow West Virginian and old-time fiddle

When he was 14, Miller joined his first band. The punk quartet circulated their tight-knit DIY scene in West Virginia, renting out church halls and Ruritan clubs to put on shows until they were old enough to perform in bars. The transition from punk into more traditional country/folk music in his early 20s was surprisingly natural. His shift began when Miller was introduced to Ben Townsend—a fellow West Virginian and old-time fiddle connoisseur within their music circle. Miller and his band hopped on the circuit with Townsend, circulating the Old Time Fiddlers’ Conventions around Kentucky, Virginia, and North Carolina. This was a time Miller was diving further into his songwriting interests.

“Ben really showed us the ropes, and we started playing as a string band that was half old time fiddle music and half songwriters stuff,” says Miller. “I shared songwriting with another guy in the band. We all came from starting bands as teenagers and listen to punk music of all different sorts. Something about the energy and non-commercial ability of it made that appealing at the outset.”

Within this fiddle-driven world of music, Miller found both a home for his storytelling strength, as well as an escape from the bounds of a small town he felt had little left to offer. As part of his first real touring band, he thought music was his ticket out.

“Maybe I had a little more of an escapist mindset than I was admitting to myself at the time,” says Miller. “And I think that’s sort of been a theme that followed me through most of my 20s. It was like I was stretching a rubber band, but as far as I would try to go, I kept getting snapped back into the same spot. Through entirely my own fault, I found myself in some pretty down-and-out spots. And I couldn’t break the cycles that were keeping me in those places I didn’t really care to be in.”

For 15 years, Miller traveled the world as the frontman of the indie outfit, Engine Lights. He was a co-founder of such bands as the Fox Hunt and Prison Book Club. Worn from the miles behind him, and habits he picked up along the way, the road warrior sought stable ground—a place that might feel like home again years of running.

“I was always kind of looking for a place that I could feel at home in, because I never really felt that in the place that I grew up in, so much. It does, to a certain extent, feel like it’s part of my identity. But I was looking for something else,” Miller admits.

In 2017, he traded in his tour bus breakfast ritual of vodka on the rocks for a rental house in Nashville with more stable side hustle opportunities. In Music City, he was able to maintain sobriety while he continues earning a living as a musician, recording and touring under his own name.

“It’s sort of a cliche, but I’ve discovered now that I’ve moved away, that you can make your home anywhere. It doesn’t really have to be a place on a map,” he says.

This theme presents itself throughout the collection.

Songs like his first single, “Shenanodah Shakedown,” and “What’s Left of the Valley,” sketch a visual of his childhood backdrop, and the ancient landscape his roots run through. He wrote the latter a few years ago with his partner, Chloe Edmonstone, who is featured on the fiddle. Playing around with different guitar tunings, Miller landed on what he describes as “a John Fahey, American-primitive style of instrumental guitar.”

“I’ve had a few moments of fooling aroung with that approach, but I can never seem to write any words over them,” says Miller. “Chloe liked it enough that she said we should give it a try when wewere in the studio. We did, and we like how it turned out so much that we had to find a place for it. I love how it breaks it up, like an interlude on the record.”

Album opener, “Lookin’ Over My Shoulder,” sets the tone at mid-tempo with a dry-witted tale of out-running a past lover. For years, he felt safe in the “out of sight, out of mind space,” which is no easy task in a town as small as his.

Track two, “Borrowed Time,” is a mediation on the titular sentiment. His line, Borrowed time, borrowed time/Soon as you drive it off the lot it’s in decline, serves as a lyrical centerpiece. Reflecting on the regression he underwent on the road, he portrays poignant moments of breakdown that led him to this album.

Like his small town roots or lost love, remnants of Miller’s past haunt him even in the places he ventures to forget. He was raised “kinda sorta Catholic” before giving up on the seemingly archaic religious traditions in his teenage years. Yet, Miller still bears an unshakable guilty concious and frustration towards the instituaitons for closing him off to other means of spirituality at a young age.

“Because my connection to real genuine spirituality was stunted really early, I feel like I’ve always been searching for that ineffable thing we all try to find in our very limited time here,” says Miller. “So that’s led me down a bunch of different roads. During one of those periods, I was trying to find out more about common spiritual threads across religions— something that maybe kind of defied the narrowness of some of the more established religions, just by virtue of them being recognized across the board as some sort of spiritual truths.”

His research of people who have had these described mystical experiences led him to the most recent, modern Saint, Faustina. He says, “She had a pretty hard and short life, but she seemed to have what a lot of folks would consider pretty mystical experiences, or psychedelic, if you will.”

His third track, “Faustina,” captures Miller in seeker mode. Lyrically, it is not as much about the modern saint as it is a reflection on his research into this fascination and a rumination on sacrifices made for the sake of passion.

His personal favorite, “Old Dance Floor,” closes the door on a time in his life, he says, “probably needed closing.”

“That’s a fun one to play with the band, and sing,” notes Miller. “It sort of encompassed my move away from where I used to live, and also trying to get settled in a new place. I also got to take a jab at an old landlord.”

Over a decade ago, while part of Prison Book Club, Miller penned the fifth track, “Coming Down.” His aching lyrics—popularized by his friend Tyler Childers who first cut the track in 2014—embody the album’s motif of home. In the opening lines, he laments:

As the oldest track on the album, Miller is surprised by the resonance. “Not much has changed about it,” says Miller. The artist shortened what began as a “slow, epic rocker song,” and tweaked a few things, but he has continually returned to it all these years later.

“Some songs you can’t necessarily get away from,” he continues. “And that’s one I felt deserved an update. For the life of me, I can’t even remember where I was writing it or what kind of headspace I was in back then. I was really in the thick of it—doing a whole lot of traveling for kind of the first time in my life, and not really having any sense of place or where I wanted to be. And I think that song probably reflects those feelings. And I guess to some extent, I still feel that way.” 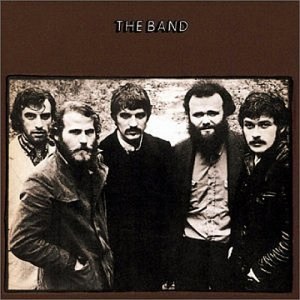 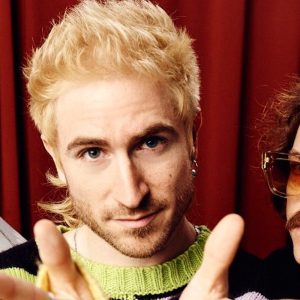