After a stretch of touring, playing and writing alongside acts like Florida Georgia Line, Portugal. The Man and Sublime With Rome and from venues all over like The Grand Ole Opry to the Vans Warped Tour stages, Mikei Gray was looking to fill the gap between his spectrum of experiences and focused on forging a project that encompassed hard rock riffs and meaningful songwriting. In Nashville he found the right counterparts to do just that, though he still wrote and performed almost all of the material himself.

In 2017, Gray founded The Frst, intentionally leaving out the I, due to the band’s changeling nature.  Since the formation, Gray has elicited the support of featured artists like Nathan Cogan of Taking Back Sunday along with Andrew Leahey, Jeff Hutchins, Justin Smith, Eric Barfield and others to realize his ideas for his first album Prelude, out August 14. Even with the welcomed help of professional artists, Gray still arranged and performed seven of the ten songs completely solo, while also in the middle of losing his home and studio to the March tornado that still devastates East Nashville.

The Frst released several singles from the record including “Ammo” which climbed to No.1 on the Soundcloud New and Hot Rock USA chart and “Tarantino”, album opener and one of the seven songs Gray wrote and performed every instrument on.  Initially “Tarantino” found its way into the pool of potentials as a topliner, then was accentuated by the eye-grabbing title and Gray’s perception of change, that he embedded into the chorus lyrics.

“It’s a good example of having a strong focus and executing it by myself and keeping it very tight and sharp,” Gray told American Songwriter. “The vocals you hear are the first two or three original takes. I think people connect with it because it’s a lot deeper than what the lyrics say, which was the mission. But I had another song titled ‘Mobile Home’, which was an ode to where my brother and I grew up in Florida and it had potential but it wasn’t the song so I scrapped it and took the chord progression with the ‘Tarantino’ concept and fleshed out the lyrics from there. I got into the booth and it was one of those freakishly spontaneous gifted songs.”

“DUH” was also a single from Prelude and another of the gifted songs Gray wrote and performed on.  The song was written before the current riots and the increased challenges of racism in America, but addressed the same issues of injustice.  Gray aptly titled it “DUH” because of his simple perception on the topic.

“It felt so simple, that was the concept, like ‘duh’ is it really that complex?’ Just stop killing each other,” he said. “I feel like the lyrics are straight forward but people always have their own interpretation.”

“DUH” was produced and mixed by Steve Hardy, who is known for his work on Jay-Z and Alicia Keys’ albums and approached the song differently than some other rock producers may have, which was exactly what Gray wanted as Florida native and previous Miami resident with heavy immersion in electronic and hip-hop music.

“Because of my time in Miami, I do like to utilize a lot of hip-hop techniques like mixing live and sample drums and vocal layering and Steve just gets that,” Gray said. “He always sent me back the songs the way I heard them in my head, it was amazing.”

Other songs like “Rules” called for the talents of Andrew Leahey along with several others.  Andrew Leahey who has been a longtime vocalist, now fronting Andrew Leahey & the Homestead, also a friend of Gray’s, took the lead with harmonies on “Rules”, after a casual hangout at Gray’s, which was similar to how every other guest feature came to be.

“Two people can play the same note but it will sound different so it’s amazing to tap into that,” Gray said. “I knew everybody organically. I played all the instruments on seven of the ten tracks and when it came time to step outside of the box and have some guys and girls in there it was natural. It was about friendships more than what their gigs were. With Andrew Leahey, he was just at the house and he has a choir background so it was easy to say ‘hey do you want to do some harmonies on ‘Rules?’”

“Working with people like Andrew Leahey, you can show them a sketch and they will give you a painting,” he added. They just make it so easy. I had the doo-wop parts for ‘Rules’ and Andrew came in and his range was just great.”

With such success working with guest artists on his songs for Prelude, Gray is looking to gift even more freedom to his guest features on the next album, one he said will even offer some co-writes.

“The second album is already done,” Gray said.  “The first album I didn’t think I’d be talking to people about it because we took so many risks with stuff like modular keys, and lyrics, but it connected anyways so I’m ready to get back in and follow it up. Half of the second album was demoed with pre-prod before corona hit and the other half was written after corona while moving around after our house was hit by the tornado so I found myself back with my acoustic, writing, so that half is more thoughtful and melancholier. I think for that reason the next album will be a nice mix of truth and semi-optimism.”

Prelude is available on digital platforms including Spotify on August 14 and you can preview it here today on American Songwriter. Prepare for some even more new music, rife with co-writes by following The Frst here for updates on what’s next.

The Frst · The Frst – Prelude 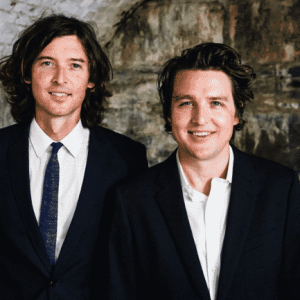 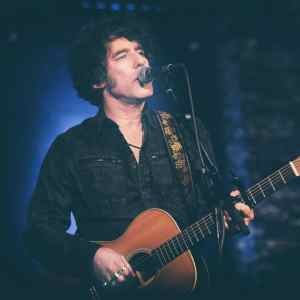