“We were writing about exactly what I was experiencing in my life,” pop-rock artist Ben Rector explained of his latest release, reflecting on the creation of “Wonderful World.”

“I wrote ‘Wonderful World’ with Jordy Searcy and Andrew Tufano at Andrew’s house,” the singer-songwriter said, recalling it as “one of those special days where it felt like things were pulling themselves together.”

Drawing from life experiences, Rector realized during the process “I’d carried so much angst and pressure around my career, realizing that the momentary peace or sense of accomplishment from achieving things career-wise was paling in comparison to what I felt being a father.”

That same afternoon, “Wonderful World” was finished – written, recorded, and demo in hand. The finished product is a bright, sauntering tune with vulnerable lyrics that elicit a look inward at the things that matter most.

Spent all this time / Chasing my dreams / None of them came true / Til you were here with me, he sings in the chorus with surrounding lyrics that reflect where he’s been and the path he is on now. I’m gettin’ better at / Not blaming mom and dad / I’m tryin’ to figure out / What it all means, Rector rattles off one of his lessons learned.

The singer teased the video to “Wonderful World” on Wednesday (Sept. 21), posting a clip on his Instagram, captioned “The muppet version of me went all the way to Idaho and climbed a mountain for this.” Today, American Songwriter is premiering the full video below.

“The video was my friend Brian Shutters’ idea (he did the video for “The Thanksgiving Song” and has been integral in helping me pull many visual things together),” the singer explained of the music video. “When he sent me the treatment I thought it sounded ambitious and was immediately into it. The way he and Stu (Stuart Hotwagner, co-founder of Shuttershot Productions with Shutters) pulled off some of the shots is mind-blowing, I think the video is a real achievement.” Featuring puppet Rector, the music video is just as much a lighthearted trek through life as the accompanying song.

“Their attention to detail brought everything to life better than I could have imagined. In a way the video felt exactly like the song to me, it kind of clicked together instead of needing a bunch of fixing or sewing up,” he added.

Check out “Wonderful World” and Rector in puppet mode below. 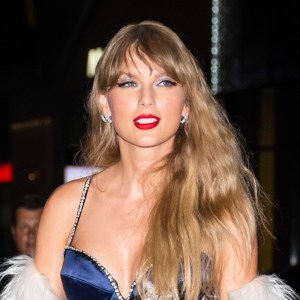