I was laying on my roof listening through the Beatles catalog on a barely warm enough-to-be outside March afternoon in 2020 when I realized I couldn’t remember the last time I had approached music like it was a hobby. For nearly my entire adult life, I had treated it as a professional sport. I grew up in Oklahoma in a non-musical family, so I didn’t have a model for what “doing music” looked like. As I ran into people I admired on the road in college and later living in Nashville, I found that everyone worth their salt, behind whatever veneer they had on the outside, was a lot like a professional athlete. They didn’t just write when they felt like it, they wrote all the time. They were constantly at the range, honing their swing. Their skillset was razor-sharp, and even when they didn’t hit the ever-elusive and mystical hole-in-one, they were awfully, awfully close to the hole. The more of my heroes I met, the more this pattern was affirmed, so I decided it was a safe bet to adopt this approach in my own songwriting and the rest of my work life.

That approach served me well for a long time. It gave me an unlikely career in music and introduced me to the strange world of being a real live singer/songwriter, which of course is a kind of hole-in-one in itself. I got an agent who took me out to eat at a place where they made duck fat tater tots. And then new managers who drove nice cars and had expensive haircuts and used words like “supernova” (I laugh now realizing that a supernova is indeed a terrific explosion, but one that is caused by a tired, dying star). But as my career grew, my love for music and songs got more and more tangled up with the complicated business of being an artist.

Finishing a song used to be the finish line, but it started to feel more like the start of a strange heptathlon (maybe decathlon?). Before the ink was dry on the page I was on to the next step in my head: Who could help me record this? Who should play the drums? In what studio? Who should mix? Who should master it so the DSPs can turn it back down? The end of writing was really just the beginning of recording, which was really just the beginning of marketing, starting with picking out the person who picks out the clothes I wear in the pictures that let you know what a cool guy I am! Then there’s the entirely different sport of touring, which in the beginning does look a lot like songwriting (man with guitar and feelings), but can grow into a veritable circus of budgets and trailer packs and revolving crew members and lighting rigs and per diems and very little actual music. Don’t get me wrong, I am incredibly grateful my career afforded me the need to learn about any of this, but so little of the business of music has anything to do with whatever it is that makes you sit down and start a song. I spent so many years repeating this routine over and over with new record cycles that I didn’t realize the initial magic of finding a song no longer struck me as much more than the first step of this Rube-Goldberg project. Until (like all of us) I woke up in the early spring of 2020 to the landscape of my job, my plans, and my life completely rearranged. Four shows into a tour, I was abruptly home on indefinite hiatus.

That’s when I found myself mentally penciling into my early-pandemic daily calendar: “listen to a record during my daughter’s nap,” which landed me on the roof soaking up the sunshine and making my way through everything the Beatles ever recorded. It dawned on me that I used to exclusively engage with music like this—as a fan who was excited about it—and with the luxury of newly open time and space, I decided to try and carry that “hobby” enthusiasm beyond listening and into my writing.

So I wrote songs every day like I had all the years before, but this time there was no decathlon. A couple of months in, I realized I was happier than I had been since I was a teenager piecing my first songs together. I finished a song and felt no angst about the gauntlet that followed. And then I wrote another one, and another one, and I slowly remembered that I loved the process. I knew, like I hadn’t known in a long time, that I’d be writing songs for free if by day I was a teacher or a real estate agent or anything else.

It’s really important, if songwriting is your job, to figure out that you can’t only treat it as a magical, inspirational pastime. But like anything, the hustle and grind necessary to turn a hobby into your work can also become outsized. Writing this record taught me that you have to leave space for joy, or, to complete the sports analogy—for the love of the game. I’m thankful to get to write songs that people sometimes listen to, but I’m even more thankful to realize that I’d be writing them even if no one was listening at all. 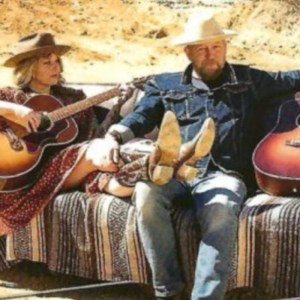 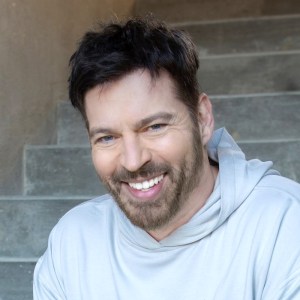