Taking one of her most personal songs off her recent release The Hardest Part full circle, Noah Cyrus teamed up with her father, Billy Ray Cyrus for the first time, for a duet of the opening track “Noah (Stand Still).”

Centered around a heartfelt and encouraging message Billy Ray gave to Noah when she needed it the most, the father-daughter union, a first collaboration for the pair, takes the track where it was meant to be, with both taking on verses. “Stand Still” moves around the young Cyrus’ emotional reveal: When I turned twenty, I was overcome / With the thought that I might not turn twenty-one / Death upon my doorstep, if I took just one more step / There’d be nothing left of me except these songs, and the repeated words of her dad in chorus And my father told me, Noah, when you don’t know where you’re goin’ / Just stand still, soon enough you will / And when all the hope and joy you feel turns into paranoia / ‘Cause it will, remember just stand still.

“Noah (Stand Still)” documents a year when everything turned upside down—and eventually right-side up—for the 22-year-old artist, who was dealing with overwhelming loss and heartache and reached a point of self-renewal. Now six years since debuting with “Make Me (Cry)” at 16, The Hardest Part is full of Cyrus’ most raw and real revelations.

“These songs all mean so much to me,” said Cyrus in a statement. “They’re straight from my heart, my brain, and my body. Every song is important to the story, and for the first time I’m revealing my complete and honest truth.”

Throughout The Hardest Part, produced by Mike Crossey (Arctic Monkeys, 1975), Cyrus bares the realities of her substance abuse, an addiction to Xanax she conquered in 2020, the after-effects of a toxic relationship—documented in track “Mr. Percocet”—along with grief, and ensuing suicidal thoughts, which she began facing head-on in 2020.

“I had a death wish,” revealed Cyrus. “Soon after I started having all this music success I was introduced to downers, which gradually took over my life the next couple of years. By 2020 I was at my lowest low—I was suicidal and in an unhealthy co-dependent relationship. I was choosing drugs over my family, my friendships, myself—everything, and when the pandemic hit it gave me an excuse to further isolate myself.”

Depressed and overcome with anxiety, Cyrus also had to deal with the loss of her beloved grandmother, which unexpectedly led to a “moment of clarity” for the artist.

“When she died, I wanted to be there for my mom, but was so emotionally and physically gone,” shared Cyrus. “I felt an enormous amount of guilt and the whole situation made me re-assess a lot of my decisions the past few years. Around the same time, I got out of my toxic relationship and weighed out my options—life or death. I wanted to find purpose and hope. So, I chose life.”

Cyrus, who reached out for help with her substance abuse, added, “December 15, 2022, will be my second-year anniversary, and I’m experiencing happiness and joy for the first time since I was a little kid.”

Set to kick off her 23-stop headlining tour with her band on Oct. 4, which will start in Phoenix, Arizona, and conclude on Nov. 4 in Los Angeles Cyrus is also scheduled to sit for an intimate evening of conversation and a performance at the Grammy Museum in New York City on Oct. 18. 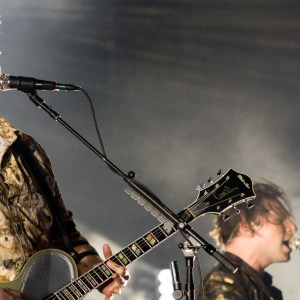 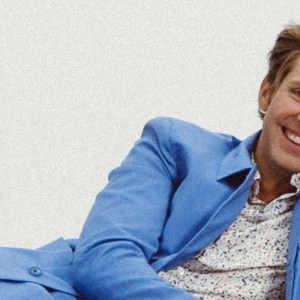