It’s cold in St. Louis, but that’s to be expected during a Midwest winter. On the south side of town in what appears to be an old storefront is where The Psychedelic Furs chose to reconvene at Sawhorse Studios, and nearly 30 years after their last release, 1991’s World Outside, to record their eight album, Made of Rain (Cooking Vinyl).

Nearly three decades is a good chunk of time, but there was really no reason why it took The Psychedelic Furs this long to make new music. Releasing new albums every two to three years since their 1980 self-titled debut, the band always kept a momentum, before things petered off in the early ’90s. In the band’s hiatus, Richard Butler tapped into his alt-rock side project Love Spit Love, along with brother and Furs bassist Tim Butler through 1997, before regrouping The Psychedelic Furs in 2000.

“I don’t know whether we needed that break, but we took it anyway,” says Richard Butler. “We didn’t feel there was really an urgency to make a record. It wasn’t like we had to make a record yesterday. It just happened when it did. We had the idea and said ‘let’s make a record,” and then it all came together.”

Butler says the pressure was on from people to make another album, which is something the band talked about, but nothing happened for awhile, with the exception of few songs, including “The Boy That Invented Rock & Roll” which was one of the first new tracks they started teasing live. By 2019, Butler, Tim and longtime saxophonist Mars Williams, along with guitarist Rich Good, drummer Paul Garisto, and keyboardist Amanda Kramer pieced together Made of Rain.

“We played some new songs, and the band was sounding really good,” says Butler. “We were having great fun doing it, and it just seemed like it was the right time to make a record.”

Produced by Butler’s former Love Spit Love bandmate (and one-time Furs guitarist) Richard Fortus, Made of Rain was ultimately made in St. Louis, and the middle of America turned out to be the most fitting meeting point since the band were scattered throughout the country with Richard on the East Coast, Tim in Kentucky, and Williams on the West Coast.

Along with Sawhorse owner and engineer, Jason McEntire, working with Fortus, who was also heading back to his hometown of St. Louis after extensively touring with Guns N’ Roses, was a natural. “He’s massively talented both on guitar and in studio, and I’ve worked with him before with Love Spit Love, so I knew his capabilities,” says Butler. “I was pretty confident he would be able to do it, but it turned out to be better than even I thought it would.”

Mostly written remotely, Tim penned a good portion of Made of Rain with additional input from the rest of the Furs. “They would send pieces of music from their recording studios at home to me up here in New York State,” says Richard Butler. “Then I would find melodies for them, write words, and send them back.”

Everything about the process felt like a natural progression for The Psychedelic Furs. “We had written more songs than we actually used for the record,” shares Butler. It total, they had 16 tracks which was shaved down to the final 12. “We had four or five songs that didn’t go on the record, and then we went into a rehearsal studio, played all the songs and added parts, changed bits and pieces around, and pretty much had a form for the song.”

Butler adds, “Having said that, ideas always came up at the last minute. Good would come up with an extra idea for something, and I’d spend that night in the hotel writing lyrics, then recording those lyrics the next day.”

Sticking to some sobering concepts, the album’s title was pulled from Brendan Kennelly’s “The Man Made of Rain,” a book-length poem written after the author’s scare with heart surgery and the visionary experiences that followed, including the story of being visited by “a man made of rain,” which helped him process the space between life and death.

“He had a heart attack and he was in the hospital kind of between life and death and undergoing operations, and while he was in this unconscious state for some time, he kept having this repeated dream,” says Butler. “He wrote the book about it, a long poem, and I just liked that, but I didn’t feel like stealing his whole title, so I just took the ‘Made of Rain’ part.”

Made of Rain also explores spaces between life and death. Ruminating on love and loss, its narrative is an ominous and bare conjuring of confessionals, lucid revelations, and reflections of another time. Opening on the nostalgia-ridden “The Boy That Invented Rock & Roll,” which Butler says he wishes he added a string quartet to at the end, somber notes rings on in the slowed “You’ll Be Mine” with a sardonic croon of When the new black is white / And the new lows are high / Like a lesson learned in time / You’ll be mine. “Wrong Train” addresses a wife that hates me, and her boyfriend too, while more broodiness glides into the sax-infused “Come All Ye FaithFul.” Filled in Furs’ swell, “No One” captures some welcome post punk, darker waves, while some melodious moments trickle in through the sentimental close of “Stars.”

“I’ve always had a problem with happy songs,” laughs Butler. “My mind doesn’t automatically go there when I hear music. It doesn’t go to a necessarily happy place, and if it did, I’d be a bit concerned. No matter what, I always write fairly melancholic for the most part. I think happy songs should be made for Tiffany or Katy Perry.”

Even though Made of Rain was assembled prior to the pandemic, the somber reflectiveness of the tracks speak to the current state of the world. “What a miserable year,” says Butler, who, during the peak of COVID-19 in March, found out that his mother passed away. He says he still hasn’t been able to go to England to pay his respects. “We finally made it [Made of Rain] happen after all these years, then we couldn’t promote it because of COVID. It’s kind of ironic.”

Home in Beacon, NY, Butler is busying himself writing new music and painting. Prior to the pandemic, he had his most recent exhibit in Miami and hopes to have another in Paris once things open up again. Outside of missing restaurants and touring, Butler jokes that despite the 2020 shutdown, 2021 could be a very lucrative year for The Psychedelic Furs with the 30th anniversary of World Outside, and 40 years since the release of the Furs’ “Pretty in Pink” sophomore release Talk, Talk, Talk. Plus, they would still promote Made of Rain and new music, which is already in the works, sans the 30-year time lapse this time around.

“We enjoyed the experience of writing and recording this, but I think we’ll probably be doing another one in short order,” says Butler. “Since we’re all on lockdown, it’s ideal circumstances for writing music and sending each other songs, so we’ll have to see what happens, and see who rises to the to the occasion.” 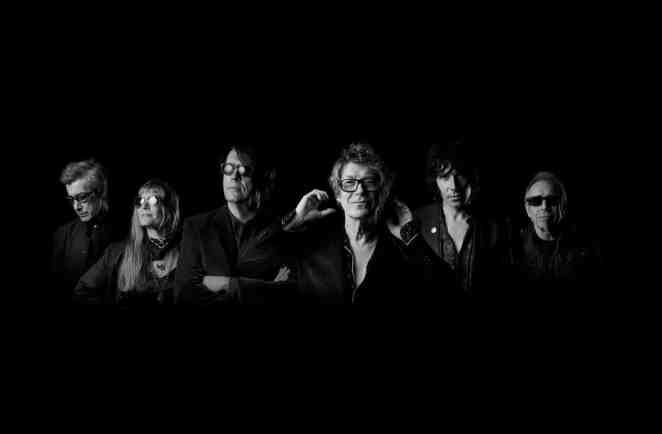 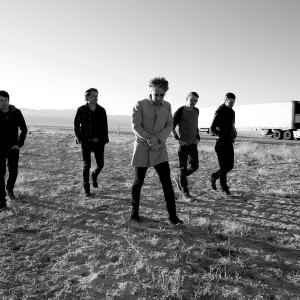 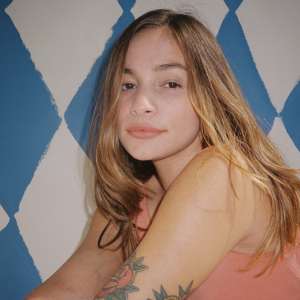