It took Bob Dylan two years to write “Tangled Up In Blue,” while Ryan Tedder needed six months to get “Apologize” just right. Bowie wrote “Life on Mars” over an afternoon and Dolly wrote “Jolene” and “I Will Always Love You” in a one-day writing session. All good songs come together at different times—some faster than others. Here, we take a look at 20 songs that were written in 20 minutes or less.

“‘Crazy Little Thing Called Love’ took me five or 10 minutes,” Freddie Mercury told Melody Maker in 1981. “I did that on the guitar, which I can’t play for nuts, and in one way it was quite a good thing because I was restricted, knowing only a few chords. It’s a good discipline because I simply had to write within a small framework. I couldn’t work through too many chords, and because of that restriction I wrote a good song, I think.”

“Yesterday” by The Beatles

It was all a dream—literally. When Paul McCartney was 21, he woke up from a dream and penned “Yesterday” in less than a minute. To this day, McCartney still doesn’t know how he wrote one of the most famous songs by The Beatles, only that it was a quick one. The melody came to him in the dream, which he quickly pulled together in chords, then scribbled down lyrics as soon as he awoke. “I’m a great believer in dreams,” said Paul McCartney of the magic of writing “Yesterday.” “I’m a great rememberer of dreams.”

The Beastie Boys were drinking vodka and grapefruit juice with producer Rick Rubin when the band started writing “Fight For Your Right” on napkins in the VIP Michael Todd Room at the Palladium. It was 1986, and the Beastie Boys were working on their debut Licensed to Ill, released later that year. “We wrote it in about five minutes,” said Mike D in a 1987 interview. “I remember we made a point thereof like, ‘Look, we gotta get shit done,’ and we sat at one table, really determined to accomplish something. It was just like it is now, trying to fit everything in.”

“What’d I Say” by Ray Charles

When Ray Charles ran out of songs during a four-hour gig at Pittsburgh dancehall just 15 minutes shy of its close, he improvised and asked the band to follow. Soon the horns joined Charles on Wurlitzer and a call-and-response with the backing singer. The room was on fire, and “What’d I Say” wasn’t even a recorded song, until Charles brought it to the studio and, it was finally released in 1959.

The song that pushed Lady Gaga into the mainstream was written in just 10 minutes. Penned with producers Akon and RedOne in Los Angeles, “Just Dance” was just an uplifting song Gaga wanted to write about an optimistic future since she was struggling with depression. “Just Dance” reached No. 1  and stayed at the top of the charts for 13 weeks.

It was 2002, and The White Stripes were in Melbourne, Australia at the Corner Hotel doing a soundcheck. Jack White started warming up his guitar and started playing this riff for Meg [White] and Third Man’s Ben Swank, who wasn’t too impressed telling White “You could do better.” Initially inspired by some people White knew in Detroit, the song, later recorded for The White Stripes 2003 album Elephant, covers gossips and the impact of fame on relationships and has been an anthem at numerous sports events.

“Need You Tonight” by INXS

Working on their sixth album Kick, released in 1987, the music to “Need You Tonight” popped into keyboardist Andrew Farriss’ head as he was heading to the airport from Melbourne to Hong Kong to meet up with frontman Michael Hutchence. Before he lost the riff, Farriss told the cab driver to wait while he laid down a quick demo on guitar and drum machine on a tape recorder. Once he handed it over, Hutchence added more words and finished the song within five or 10 minutes. The song and its video, which got multiple replays on MTV, sent INXS, who had been together for a decade at that point, into another stratosphere with Kick.

Frustrated with wanting to leave her hometown of West Norwood in England to stay in London for school, Adele wrote “Hometown Glory” after an argument with her mother. Written on guitar in 10 minutes, “Hometown Glory” would become Adele’s first single in 2007 and is featured on her 2008 debut 19. ”It was all about how I felt about London and stuff like that,” said Adele. “I actually wrote it on guitar, and I was at school at the time. I got my friend at school to transpose onto piano because I probably could play it, but it’d probably take about 12 hours because I’m such a snail on the piano trying to sing and play at the same time.” Adele also wrote the lyrics to her 2012 Bond theme song “Skyfall” with Paul Richard Epworth—which picked up the Oscar for Best Original Song—in 10 minutes.

“It was an interesting sort of pattern,” Slash once said about Appetite for Destruction hit “Sweet Child O’Mine. “I never thought it was going to become a song.” Peaking at No. 1, the Guns N’ Roses hit remained on the charts for 24 weeks and was written within minutes when singer Axl Rose wrote lyrics about his then-girlfriend, Erin Everly while listening to Slash in another room playing this new riff he created. The band later put the rest of the music together for the song within minutes.

“Lonely Days” by the Bee Gees

After some time apart, some songs started flowing for the Bee Gees. Written in just 10 minutes, Barry, Robin, and Maurice Gibb wrote “Lonely Days” in the same afternoon as “How Can You Mend a Broken Heart?” was penned, once they reunited following a feud in 1969. Written in Barry Gibb’s basement on Addison Road in Holland Park in London, “Lonely Days” was the first Top 5 hit for the brothers. Barry Gibb, the sole surviving member of the Bee Gees, recently re-recorded “Lonely Days” with Little Big Town for his 2021 album Greenfields.

The-Dream walked into a recording session with Beyoncé joking that he was going to write her next big hit. He was right. It took him 17 minutes to write “Single Ladies,” along with Beyoncé, which ended up spending four weeks at No. 1.

“My Sharona” by The Knack

The late Knack singer Doug Feiger had the hots for Sharona Alperin, but he had a girlfriend, and she had a boyfriend. Still smitten, he wrote a few songs for her, including the one bearing her name. “My Sharona” was written in 15 minutes by Fieger and guitarist Burton Averre and became the best-selling of 1979. Alperin, now a big real estate agent in Los Angeles, and Fieger became a couple for several years and always remained friends until his death in 2010.

“Your Song” by Elton John and Bernie Taubin

Elton John’s longtime collaborator Bernie Taupin wrote the original lyric to the 1970 hit “Your Song” at his kitchen table in London, then sent the lyrics to John, who quickly composed the song within minutes. “It came out in about 20 minutes, and when I was done, I called him in and we both knew,” said John. “I was 22, and he was 19, and it gave us so much confidence.”

“Losing My Religion” by R.E.M.

R.E.M. guitarist Peter Buck was learning how to play the mandolin and happened upon a special riff, which he fleshed out within five minutes. Originated on mandolin, “Losing My Religion” moves all-around minor chords and explores unrequited love,” with lyrics inspired by Gabriel Garcia Marquez’s “Love In the Time of Cholera,” one of singer Michael Stipe’s favorite authors. First called “Sugar Cane,” the band soon switched the title to “Losing My Religion,” which became the hit single off the band’s seventh album Out of Time in 1991, picking up two Grammy Awards in 1992.

In 20 minutes, Black Sabbath pulled together something quick and “radio-ready” for their record label following their more epic self-titled debut, the first metal album, in 1970. After a few drinks, Ozzy Osbourne, guitarist Tony Iommi, bassist Geezer Butler, and drummer Bill Ward jammed together “Paranoid” in a drunken blitz with Butler penning lyrics around teen depression.

“See You Again” by Charlie Puth and Wiz Khalifa

When Fast & Furious star Paul Walker died tragically in a car crash in 2013, Charlie Puth was already tasked with working on the main track for the soundtrack for Furious 7, which was midway through filming when the actor died. Following Walker’s death at the age of 40, Puth was moved to capture something more emotional in the song since he had also lost a friend in a car accident, and pulled Justin Franks (DJ Frank E) and then Khalifa, who also contributed to writing the track. “I wrote the song on 17 July at 6 pm,” said Puth. “I know that because I have it saved in my phone, the lyric note. I want to frame that. I wrote it in 10 minutes, which is very unusual. Usually, songs take a little bit longer to write for me. I sent it off to Wiz, and he wrote it really quickly, too, because it came from a real place for him as well.”

“American Woman” by The Guess Who

When Lenny Kravitz took on “American Woman” for the Austin Powers: The Spy Who Shagged Me soundtrack in 1999, and later featured on his album 5, the song took on a whole new life. Originally written in 1969 by Canadian classic rockers The Guess Who, “American Woman” was an accident—literally. Playing a concert inside a curling rink in Ontario, guitarist Randy Bachman broke a string and started playing this new riff while he was tuning his guitar. The rest of the band liked what they heard and played around it. They later grabbed the first demo of the “American Woman”—a cassette recorded version from a fan in the audience so they could recreate the new song in the studio.

Noel Gallagher penned “Supersonic” in 10 minutes while recording Oasis’ 1994 debut Definitely Maybe at The Pink Museum in Liverpool. After setting the goal to write a song in 10 minutes, Gallagher did just that, sitting in a backroom eating Chinese takeout.

“The Cave” by Mumford & Sons

Initially written at Bannerman’s Bar, a small pub in the Old Town of Edinburgh, “The Cave,” off the band’s 2009 debut Sigh No More, would go on to win four Grammy Awards, including Record of the Year and Song of the Year and was finished within minutes during the band’s soundcheck at the pub as Marcus Mumford fiddled around with a guitar riff, and the rest of the band followed. 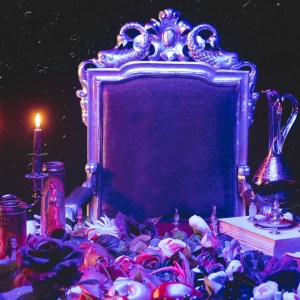 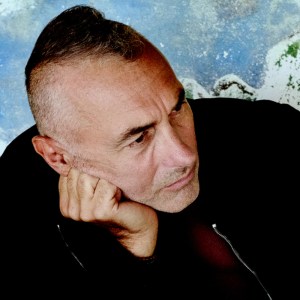