Singer-songwriter Max Gomez has always been about keeping his music rooted in his inspirations, both musical and otherwise. After releasing a promising debut EP in 2013, Gomez exceeded expectations with his September album Me & Joe. In the midst of a crazy touring schedule, Gomez opened up to American Songwriter to reflect on his growth as an artist, music as meditation, and his hometown of Taos, New Mexico.

Since you released Rule the World in 2013 you’ve gotten to share stages with some of your biggest musical inspirations. How have you evolved as an artist since Rule the World?

Sharing the stage and watching those guys night after night, I learned a lot. How to put on a show. Live a showman’s life. I spend a lot more time fingerpicking than I used to. I write with a lot more intention. Looking back I feel like I was just a kid. It’s good to be a little older.

Your newest EP, Me & Joe, was released in September. What was the inspiration behind this newest project?

Our ideas for this record were changing all the time. At one point it was going to be an acoustic record — real stripped down. The musicians that came in had a lot to do with the direction and they all inspired me. The way the band came together and felt so good inspired me too. The songs had been around a while and they all have their own stories. “Make It Me” was always going to be a centerpiece. “Joe” came out of left field. We hadn’t planned on recording that song until we tried it in the studio.

Do you have a favorite song from Me & Joe?

The easy answer is the song “Joe.” My critique takes a nap when we’re doing something that I didn’t write. Not to mention that record came together so well. We tried one take of “Joe” and then I had an idea for the ending. We gave it another take and boom. There’s your record.

You’ve said before that your hometown of Taos, New Mexico has heavily influenced your music. Can you tell me more about that?

My first shows were in Taos. The musicians and writers around me were huge influences on me and still are. Writers like Mentor Williams and Michael Murphey and the alleys and mountains combined. Taos inspires.

What was it like to be the first artist to be signed to the newly formed label Brigadoon Records?

It’s good to be first at something.

You said in “The Making of Me & Joe” that music started off as your escape and a kind of meditation. Is your creative process still like this?

Some of it is still like that. I think I write songs in about four or five different styles these days. And one of those styles or song types is definitely written from a sort of daydream that can’t be easily explained. Some songs come as a concentrated effort. Some come from that escape or meditative place. I love that dreamy kind of writing.

What has it been like to play songs from Me & Joe live?

Most of the songs from Me & Joe I’ve played from time to time over the recent years. At times singing “Make It Me” will take me away someplace else. At times I could cry for that second verse. Mostly it’s all just music and the songs hold up well. Playing them live has been a pleasure.

You’ve been a part of a number of big shows recently, including AmericanaFest, Red River Folk Festival and SXSW. What has been the best part about your most recent touring stint?

The Red River Folk Festival is always a ball. A handful of friends and I get together and do our part to keep Red River’s rich music history alive. Some say that we’re even carrying the torch in own way. I live in Red River when I can. So it’s second nature to be there. Anything can happen in that little town. 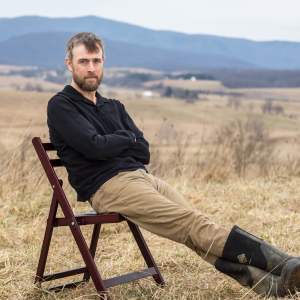 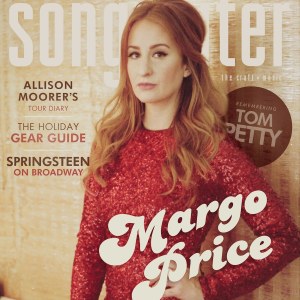