It may have been Rachel Wammack’s first time at the 30A Songwriters Festival, but now she’s hooked. “This has been really, really, really special for me,” Wammack shares. The festival, now in its 14th year, brings together artists, dozens of neighborhoods, venues and resorts, and thousands of music fans to celebrate the art of songwriting along the beaches of Walton County, Florida.

Wammack started her weekend in a writer’s round with Corey Crowder (Chris Young), Jaren Johnston (Cadillac Three), and Frank Rogers (Brad Paisley) at the Watercolor Lakehouse. Performing, “Something People Say,” the newcomer was the only writer to receive a standing ovation for her powerful song.

“I was nervous, to say the least,” Wammack tells American Songwriter. “I don’t get nervous very often, but especially when you’re next to people who you’re like, ‘Man, I want to have a career like that.’ I played “Something People Say”—I need to play this song every round. Because obviously, I’m going to do my best to deliver, but sometimes the song is just whatever it is. And so that was just cool to have a standing ovation.”

American Songwriter sat down with Wammack to talk about 30A Songwriter’s Festival, songwriting advice, and carving her path in music.

American Songwriter: This is your first time at 30A. Why did you want to participate?

Rachel Wammack: When they asked me, I was like, ‘Yes.’ First of all, I’ve never even been. When they told me about it, I was like, “Dang, this is a huge festival.” I love this atmosphere. And I love the feeling of festivals because I love live music. There’s something about the vulnerability of a live show.

RW: I was with Corey Crowder, Frank Rogers, and Jaren Johnston. I was honored because I’m a huge fan [of Jaren]. And seeing him do his thing, just him and a guitar, I’ve never experienced that. And he is magical, is the word that comes to mind. They are, and people might hate me for saying this, but they are the highest caliber round I’ve ever played. I was nervous to say the least. And I don’t get nervous very often, but especially when you’re next to people who you’re like, “Man, I want to have a career like that.” I want to be able to impress them, to be honest, as much as I want to impress the crowd. It was really, really cool. I had so much fun. I got to play a couple of unreleased songs, and then I played “Something People Say”—that was a last-minute change. I was gonna play another song, but I was like, “Hey, let’s try this.” And I got a standing ovation. I’m like, “I need to play this song every round.” So that was just cool to have that. And that’s why I cried, I’ve never cried in a round. They just kept standing, and I was like, I don’t know what to do. It was one of the coolest moments in my career, to have that and to have people really support me.

AS: Would you want to return to the festival?

RW: Is that even a question? I want to do it every year. I love the whole vibe. People were coming up to me and hugging me, and they were just saying, “We’re gonna support you.” And to me, that’s when something’s going right when you have that and you have people responding. It just meant a lot to me. It just made me really, really happy. I now have a friendship with the boys, so I’m excited Jaron and Frank and I cooked up a write and that was an honor that any of them were even interested in me. But I love the vibe here. I love the people here. This has been really special for me.

AS: How did you get started in songwriting?

RW: I started writing at 10 or 11 years old. And my mom put me in piano lessons at six. My family always sang in the church choir. My granny, my granddaddy sang in the church choir. My other grandmother, Jackie Lou, played the organ at church. So everyone’s been musical. My mom used to sing solos in the choir. I remember being a little girl sitting in church and looking at her singing a solo, and I was like, “I want to do that one day.”

I started listening to artists like Carrie Underwood, Rascal Flatts, and Adele. Also a bunch of Emo stuff like Yellowcard and Secondhand Serenade. I’m all over the place. I loved to play piano and I remember learning “Won’t Let Go” by Rascal Flatts. I learned Adele’s “Someone Like You,” Sara Bareilles’ “Gravity,” And Carrie Underwood’s “Inside Your Heaven”—because she was on American Idol. As I started learning those covers, I started writing, because I was like I could do these chords kind of like they did here, and make melodies to them and make my own. I would write down poems. I had these deep feelings. I just was an emotional kid. And I wrote a lot. It was a big outlet for me. I very much had a sensitive side. Even though I was a really talkative outgoing girl at school, I was also just this emotional kid who had all these thoughts and insecurities. What do I do with these? I would write about all of it.

AS: Do you remember your first song?

RW: I like to say my first song was about my first love—Ramen noodles. I wrote a song about making them. I would wake up at nine o’clock at night, hungry, and I would make myself, I called them Ray-men noodles at the time. But that was one of many songs in that era, that was just silly, but I knew the melodies and I could tell that this was something I love to do. Then in high school, I really started writing because I started getting into more serious relationships because I’m a lover. I dive in and fall fast. I had my heart broken and then my songs really did start getting more mature.

AS: What’s the hardest part about songwriting for you?

RW: The hardest part about songwriting is trying to rhyme a dang word. No, I’m just kidding. The hardest part is, one, at that moment, the song becomes my baby. And two, it’s control. Because once the song is done, you have to let it go and do what it’s gonna do. Tom Douglas is the one who gave me that advice. I was like, “Tom, I want every single song to win.” He’s like, “Rach, you gotta let it go.” If I’m writing for someone else, or with someone else in mind, and/or it’s some amazing song, but it’s not for me, I don’t know what will happen. Sometimes it’s not till years later, that it lands with the right person at the right time. And I have a hard time with that. And I’m learning as a young woman, that it’s okay not to be in control. It’s actually better, that I am not in control and that He is in control because He really is. I’m not.

AS: What are some tips or advice you have for new songwriters?

RW: I have lots of thoughts because my story is very atypical. Every path is different but, just write. I know it’s silly, that sounds silly, but for me, as long as I can remember being alive, melodies and titles, even if they’re terrible, they just come. I know for some people, it’s not as natural. And even if it’s not as natural and you want to be a songwriter and you have that desire, sit yourself down, and get a routine. If you’re in high school, let’s go back to people who are dreaming as high schoolers right now. Wake up before you have to get ready for school, sit at your piano or your guitar, and take 30 minutes and just try. Just write something. It may be ramen noodles. But just do it. And do it again, and have routines, your mind, and your heart function really well, when you have routines, especially creatively. That was a tip from Natalie Hemby to me, she said, “Get a routine.” She said to write in the same place every day. Read, if that’s something that helps you, read some nonfiction, read some fiction, read something. Words that inspire you. I would say maybe even listen to a podcast. If you’re not a reader, and it’s hard to focus on reading something that’s going to stimulate you. Journal, even if you’re just journaling what you did or how you’re feeling. Those were the things I did. If you cannot get up in the morning, as most high schoolers can’t, instead of making bad decisions with your friends in the afternoon, go home and write. And be honest with yourself and all your emotions and put them to music. It sounds silly, but just write and do it because the more that I do it, the better I get.

I would also say, move to Nashville. You kind of have to. And maybe God can make it happen in another way, but if you move to Nashville, go to shows, hear the stories behind the songs, go into writer’s rounds. Be kind. Be humble. Lori McKenna, come on man, she said it best. Be humble and kind. I have to check myself on that every day.

RW: Well, I just released “Girls Gotta Know” in November. And I cannot say I can’t spill the whole beans. What is coming up is the greatest stuff I have ever been a part of. I have never been more excited in my life. I am so amped about what I’m doing next but I can’t tell anyone yet. But I’m so pumped and you are the first person for me to say how I am excited about this new chapter. I’ve never been more excited since I moved to Nashville. In the next few months, I’ll be sharing some stuff. 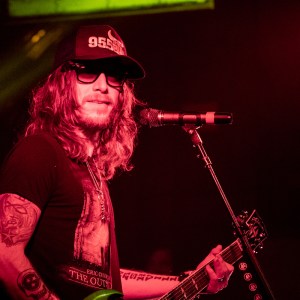 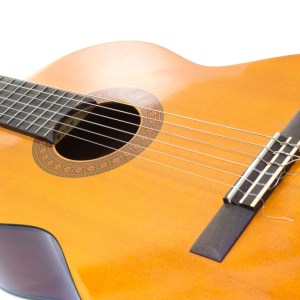