Some might find it rather ironic that Radio Astro, the long-awaited debut album by Hearty Har —the band helmed by Tyler and Shane Fogerty— appears to harken back to the classic rock era of the ‘60s and ‘70s. The two brothers are relatively young men after all. Then again, the fact that they bear the Fogerty name is no coincidence—they’re the offspring of John Fogerty, the man who helmed Creedence Clearwater Revival and who helped forge a pathway for the sound now known as Americana.

Although the pair recently played an integral role in the making of Fogerty’s Factory, their dad’s recent revisit to both his solo and Creedence catalogs, they’re now intent on establishing their own imprint after first initiating Hearty Har in 2012.

“We technically made another album when we were a lot younger in 2014,” Shane Fogerty tells American Songwriter. “That was our first proper thing. We learned a lot from it, although it didn’t go as planned. We weren’t happy with the results, so that kind of made us rethink everything. We had a rebirthing of the band, and a reimagining of what we wanted it to be.”

The songs that encompass the new album reflect any number of iconic influences, from the edgy insurgency of the opening track “Radio Man ’56” and the psychedelic strains of “Fare Thee Well” and “Get Down,” to the soul stirring “Calling You Out” and the edge and antagonism of “Don’t Go Looking For Me.” It’s most apparent on the agitated instrumental “Canyon of the Banshee,” a song that sounds like an Ennio Morricone soundtrack filtered through Motown while colliding head-on with Led Zeppelin.

Clearly, whatever lessons they learned from their famous father have resonated well, making for an album that bears the timelessness one might expect from such a vintage template. Tyler himself describes the various additives as “A lot of sixties music, a lot of soul, a lot of psychedelia… the sound of music from ’65 to ’75, with a lot of synthesizers you might find in the music of Kraftwerk and ELO. Ennio Morricone was a big influence… all his soundtracks… lots of sounds and layers that we really like.”

Tyler adds that being in their father’s backing band helped them hone their skills and encouraged them to set their sights higher.

“Going onstage every night and really nailing it was all about being super professional,” he allows. “It really made us strive for that in our own efforts.”

That’s an appropriate attitude, given the level of expectation that accompanies the family brand. “It’s kind of nice to grow up with that high bar,” Shane insists. “It really drove us to do something good. We’ve seen such a level of artistry with our dad, and so we were aware that you’ve got to work really hard and give it your all to achieve anything remotely close to that. Many people think it must be easy because of who we are, but it really made us work extra hard to even get noticed with our own thing. It has to be very, very good. We were really motivated that way.”

When asked what it’s like to have such a famous father, Tyler provides an obvious answer. “I don’t know,” he responds. “I’ve never known it any other way. When we’re offstage and at home, it just feels very normal and natural. When you’re onstage though, you realize his music is really something special, and it blows you away.”

Likewise, when they’re in the studio working on arrangements, Shane says that the fine line between having a pop and a producer quickly narrows.

“He’s very particular about what he wants,” he reflects. “He can actually be quite stubborn. He knows the arrangements and how they should be played and the tone of things. He’s figured them out. He has a very particular mindset, and he’s very serious about it. Still, he’s more a dad than he is a rocker. And he’s been that way our whole lives.”

“He knows when you play something wrong,” Tyler agrees. “It’s hard to get a word in. What he says goes.”

Nevertheless, the two insist their father didn’t play a hands-on role in recording Radio Astro, other than singing back-up on the song “Scream and Shout,” a track they say he seemed to especially admire. They were intent on establishing their own identity. That was especially true when it came to determining their handle.

“I didn’t want to name the band after something specific, or give it some boring name,” Tyler says. “We wanted it to have a life of its own, maybe a little bit of mystery. We were at this gig where our dad was playing with Bruce Springsteen, and when we were sitting around backstage waiting for Bruce to go on, the E Street Band just kind of assembled, preparing to warm up. They started playing ‘When the Saints Go Marching In’ and began circling around me and Shane. It felt so powerful, but it was also so good natured. The name ‘Hearty Har’ just popped into my head and I thought, ‘Yeah that’s it!’” 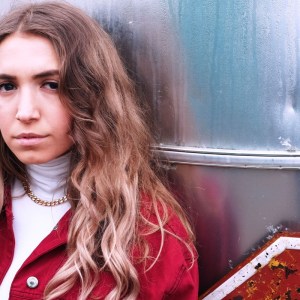 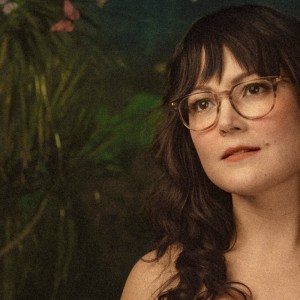