Imagine growing up as an aspiring musician and your dad was the guy who wrote “Down On the Corner”, “Bad Moon Rising” and “Proud Mary.” Many would give up the dream while others may rebel and swim against that current to write something completely opposite in avoidance the inevitable comparisons. Instead, Shane and Tyler Fogerty threaded the needle of the latter, as they waded from their father’s safe gaze; drifted towards the slightly more dangerous countercurrents of that same-era soul and psychedelia.

It is decidedly different than CCR and unique to itself in many of the best ways.

Their new song “Scream and Shout!” (from their debut album Radio Astro, due out Feb. 19) swirls with kaleidoscopic swank and stomp in a drug-fueled haze. It’s a fascinating mix that would feel comfortable in an acid den or a van with carpeted interiors. You know… Bell-bottoms and beads galore. The trippy harmonies between the brothers add to the fuzzy headiness of the music. Listen close because John did the background vocals, too!

“The song started as the same as most songs I write,” explains Tyler. “First music and then words, it took me sometime sitting on the song to find the theme and lyrical content.”

“’Scream and Shout!’ was a song that took a while to become fully realized,” adds Shane.  “Tyler had written a basic form musically but didn’t really have many words, maybe a verse. I think we performed it at least once at The Bootleg [venue in Los Angeles] where there was only one verse and just ‘aahs’ on the chorus. We recorded the track but then never put any vocals on it and it was put on the shelf for a year or more.”

With the track on the backburner, Hearty Har which includes Will Van Santen (drums/vocals), Marcus Högsta (bass), and Jesse Wilson (keys), went to work on the rest of the album, creating a heavily diverse album rife with Stax-styled soul, Rolling Stones riffs, a sprinkle of Middle Eastern spice, and a whole lot of textured atmosphere.  “We’re definitely open to experimentation and go down that route a lot with sounds and stuff. We don’t just plug in and do what works,” Shane explains. “I think our strength is we don’t really classify ourselves to have one kind of specific sound every time. Each song has its own path to follow.”

With Radio Astro nearly complete, they pulled “Scream and Shout” from the shelf, dusted it off and went to work.

“The first vocals I came up with were the big choir sounds in the chorus,” recalls Tyler on completing the track.  “After singing that, the words ‘scream and shout’ popped into my head. I knew then I would have to sing those words leading into the chorus. ‘We’ve got to raise a riot in harmony scream and shout!’ OOOOOO AAAAAA.”

Shane elaborates, “The choruses of oohs and aahs seemed a little empty without any words, and Tyler wasn’t sure if he wanted anything there. So one morning before I went to record, I wrote the chorus while playing the Wurlitzer piano, trying to channel Tyler’s verses into something simple but powerful. I knew I wanted to include the words ‘scream and shout’ and I liked the interplay between the images of light and fire, to the darkness and creatures of the night.”

The accompanying video for “Scream and Shout” literally adds the  fire, darkness and creatures of the night he mentions through psychedelically animated wizards, haunted woods, and monsters.  “We filmed the video April/May 2019 in a couple different locations… our parents’ backyard in Thousand Oaks, CA for the spooky 2am cauldron scenes and then in Topanga Canyon at a family friend’s beautiful property,” they say. “The setting was perfect for a spooky overgrown forest and we thought it fit the mood of the song pretty well. We did it all in two long night shoots, one at each location. The animation aspect was key in establishing the fantastical/surreal elements we were going for.”

Capably holding their own against the immeasurable legacy of their father and happily creating music that forges a new stream alongside his musical current, the Fogerties are excited to see what’s out there for them and, ahem, keep on rollin’ rollin’ rollin’ on the river. “I just hope people love it and appreciate it,” Shane says, ignoring the cheap CCR reference. “I feel like the music speaks for itself, and when people hear it, they’ll understand.” 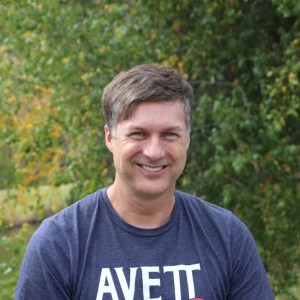 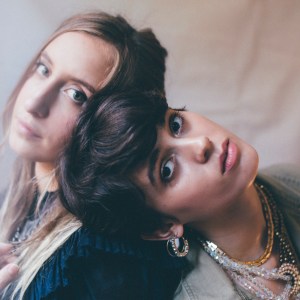